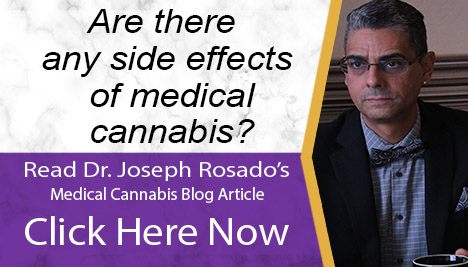 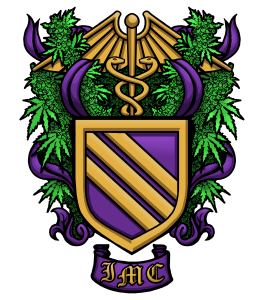 So let’s dig into the side effects and look at them in more detail.

First, any good medical practitioner will only recommend cannabis for individuals with chronic pain, a terminal condition, and/or a medical condition that is been tested with results that are positive from numerous scientifitc indepentant studies.  As time passes, more studies will be done and more potential medical conditions will be tested for the effects when dealing with pain from the condition or the medical condition entirely.

Many doctors are concerned with who and how you get your medical cannabis. When poorly designed manufacturing labs are used more concerns can be acknowledged due to poor government inspections.  The safety of the end consumer is critical, so ask your local Medical Cannabis Doctor about where is a good place to purchase your medical cannabis. Did you know that a JAMA study found lower rates of opioid overdose deaths in states with legal medical marijuana.

Unfortunately, at this time, there too few scientific studies to determine the short or longer term effects of different strains of cannabis. Some concerned citizens seem to have concerns about the safety of driving under the influence of medical cannabis. It is always best to follow the directions from your doctor and your pharmacist as you would for any medication.

Recently a JAMA study found lower rates of opioid overdose deaths in states with legal medical cannabis. JAMA, published continuously since 1883, is an international peer-reviewed general medical journal. JAMA is a member of the JAMA Network, a consortium of peer-reviewed, general medical and specialty publications. As more studies, come about, new blog articles will be written to further communicate any and all cannabis side effects.

What are the most common side effects of medical cannabis?

Most medical marijuana patients can experience the drug’s ability to induce a sense of euphoria, but that doesn’t come without side effects. Indeed, research shows that using marijuana can cause a variety of short 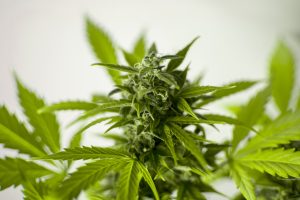 and long-term effects. While almost everyone is familiar with the sudden desire for junk food caused by smoking or injesting the medicine — commonly referred to as the ‘munchies’ — many of the drug’s other effects are lesser known.

Let’s take a look at the most common side effects of using medical cannabis:

Many patients that need to take medical marijuana are familiar with the side effect referred to as ‘cottonmouth’ or ‘drymouth’. Which is experiencing an uncomfortable feeling from lack of saliva production in a patients mouth. A survey published in the journal of Addiction Research & Theory in 2003 found that 79% of patients experience dry mouth. (Addiction Research and Theory is a cross-disciplinary journal examining the effects of context on the use and misuse of substances, and on the nature of intoxications of all kinds. … It publishes research which is primarily psychological and social in origin, though these terms are used in a very broad sense.)

But be aware that is due to individuals that taking higher doses of the medicine than an average medical cannabis patient.  Please consult, your local doctor to find a strain that most fits your medical needs. Also, ask if a given strain causes dry mouth or not, there are many new cannabis strains available now versus just a fine years ago.

Lastly, some doctors recommend patients may consider chewing bubblegum to help minimize the effect of drymouth. This is becuase it can stimulate the salivary glands to produce saliva.

Based on a patients medical condition, sometimes cannabis may cause some dizziness. When an individual stands up quickly, this is common for some strains and those recommended higher doses. Any doctor or pharmacist will discuss this dizzy feeling. It is not uncommon but could be frightening to people. Don’t worry, if this is very concerning to you – simply visit your local doctor and ask for a different strain. For parents, it is critical to read and listen to the doctor about properly giving the correct amount to children. If you are very concerned, call your medical doctor and speak with him or her about this side effect.

Cannabis Strains that can help limit the dizziness feeling are “Charlotte’s Web”, “Watermelon Pucks”, and a few other good strains too.  These cannabis based medical offerings have THC is approved by the FDA for treatment of nausea and vomiting associated with chemotherapy. Therefore, it is not surprising that “Watermelon Pucks” might be helpful in some with dizziness.

Please be aware that some individuals in some scientific studies who experienced severe dizziness also showed decreases in blood pressure. While the verdict is still our this could provide a plausible explanation for this dizziness effect.  However, there are scientific studies also show that frequent patients that are consuming cannabis on a regular basis can develop a tolerance to many of marijuana’s short-term effects, including feelings of dizziness.

The most popular side effects is regularly found in movies. It is the munchies! Why is it one of the most known side effects of marijuana? Well, the ‘munchies’ sometimes happens shortly after taking the recommended dose of medical grade THC. Numerous individuals experience a sudden increase in appetite, often leading them to raid their fridge. This can be a positive effect is a patient is lacking an appetite caused by a illness. While some people may view this side effect as negative, it’s a benefit to people who use marijuana to treat appetite loss during chemotherapy. Furthermore, a number of countries legalized a pill containing THC called Marinol for patients with cancer.

Though scientists that are researching THC are still unclear of the exact mechanism behind this increase in appetite. A 2015 cannabis study suggested that marijuana might activate certain pathways in the brain related to hunger. In a retail stores from a recent case study also indicates that the “widespread urban myth” that cannabis stimulates hunger and drives people to gorge on goodies is a myth no longer. The researchers looked at retail scanner data in more than 2,000 counties across the U.S. from 2006 to 2016 to determine whether states that legalize marijuana for adult use experience increases in the sale of high-calorie food items.

Past studies on the munchies have relied on data that’s “correlational and indirect,”. This research document called “Recreational Marijuana Laws and Junk Food Consumption: Evidence Using Border Analysis and Retail Sales Data” tested the hypothesis by factoring in the “differences in timing of the legalization of recreational marijuana across states” and specifically comparing “retail food purchases for the subsample of contiguous counties across [recreational marijuana law] and non-[recreational marijuana law] shared borders only.” The study found evidence that legalizing cannabis was associated with higher so-called “junk food” purchases. This transpired soon after the legalization of marijuana. Therefore, the average monthly sales of ice cream, cookies and chips jumped 3.1 percent, 4.1 percent and 5.3 percent, respectively. And that was the case even after the researchers accounted for “state- and pair-specific time trends.”

A lack of motivation is not uncommon for some. Patients may become unmotivated at work or in school, due a certain strain of cannabis. While this cliché is exaggerated, there is some merit to the belief becuase different strains have different side effects. Like making people feel sleepy or super relaxed. In a multiple cannbis survey results, a good percentage of marijuana users reported experiencing a loss of motivation.

Based on structured interviews with 104 experienced users in Toronto, Canada, this survey / article examines the perceived costs and benefits of cannabis consumption. A pretested questionnaire that was developed by Cohen and Sas (1998) in the Netherlands, and later translated for use in the U.S. and Germany as part of a three-city cross-national comparative study [(Reinarman et al. (2000).

The findings support a rational choice view of cannabis use in so far as reported advantages outweigh negative use outcomes. Top reasons for use pertain to relaxation and enhancement of recreational activities followed by coping with stress and anxiety. The frequency of respiratory and throat problems attributed to using cannabis underscores the perceived risk of pulmonary damage due to long-term heavy use. 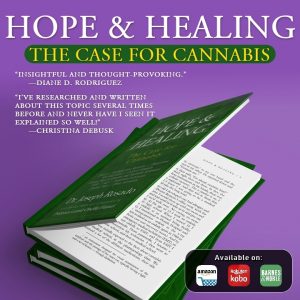 Get Dr Rosado’s Book – Get it on Amazon now!

Whereas concerns about use levels nonetheless overshadowed other dependency indicators, including concern for personal health, however, no association was found between amounts nor frequency of use and the number of DSM-IV items reported by respondents. Users acknowledged and accepted the potential for dependence, adapting use levels accordingly when seen as problematic.

The loss of motivation might be explained by how cannabis affects the brain. Some studies suggest that long-term cannabis users have lower levels of dopamine — a chemical in the brain that is directly responsible for motivation.

Heavy chronic cannabis use produces apathetic behaviours in rhesus monkeys and a study in humans found that reduced dopamine synthesis capacity observed in heavy cannabis users was inversely related to amotivation. An overlapping feature of the amotivational syndrome associated with cannabis use disorders is negative emotionality, such as reduced reward sensitivity and negative emotionality was also found to be inversely related to methylphenidate-induced dopamine ventral striatal dopamine release.

Although it has been proven that cannabis can act as a medicine to help people combat depression, in some cases it might work the opposite way. According to research, it suggests that marijuana can cause depression mostly in young people. Likewise, a study published in 2002 in the British Medical Journal concluded that frequent cannabis use in teenage girls from 44 schools in the Australian state of Victoria.  This study was a statewide secondary school sample of 1601 students aged 14-15 followed for seven years.

I hope this article helped you learn alittle more about what is medical cannabis and shared the answers for you. If you want to learn more about this schedule an appointment with Dr Rosado or purchase his book on Amazon.