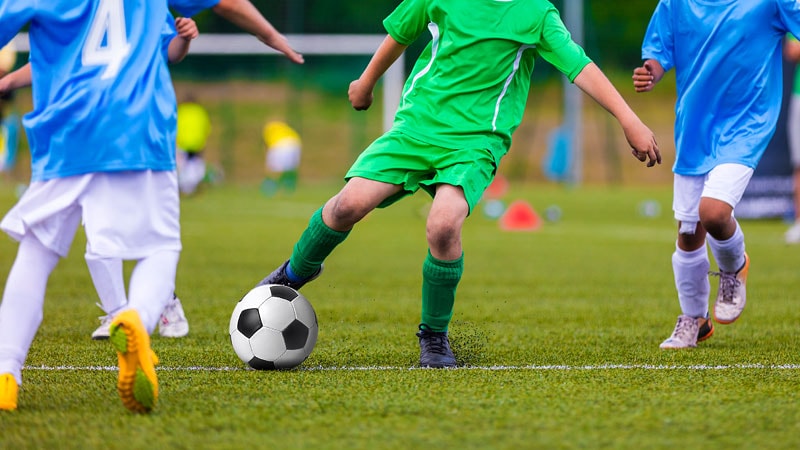 Vigorous physical activity for 20 minutes a day was enough to maximize cardiorespiratory benefits in adolescents, based on data from more than 300 individuals.

Current recommendations for physical activity in children and adolescents from the World Health Organization call for moderate to vigorous physical activity (MVPA) for an average of 60 minutes a day for physical and mental health; however, guidance on how much physical activity teens need to maximize cardiorespiratory fitness (CRF) has not been determined, Samuel Joseph Burden, BMedSci, of John Radcliffe Hospital Oxford (England), and colleagues wrote.

“Although data in young people are limited, adult studies have shown that regular, brief vigorous physical activity is highly effective at improving health markers, including CRF, which is also an important marker of health in youth,” the researchers wrote.

The wrist monitors measured the intensities of physical activity based on the bandpass-filtered followed by Euclidean norm metric (BFEN), a validated metric. “Previously validated thresholds for BFEN were used to determine the average duration of daily physical activity at each intensity: 0.1 g for LPA, 0.314 g for MPA, and 0.998 g for VPA,” the researchers wrote. Physical activity below the threshold for LPA was categorized as sedentary time.

Participants wore the accelerometers for 1 week; value recording included at least 3 weekdays and 1 weekend day, and each valid day required more than 6 hours of awake time.

Participants who engaged in an average of 14 minutes (range, 12-17 minutes) of VPA per day met the median CRF.

Those in the highest quartile of VPA had CRF z scores 1.03 higher, compared with those in the lower quartiles.

Given that current PA guidelines involve a combination of moderate and vigorous PA that could be met by MPA with no VPA, the current findings have public health implications for improving CRF in adolescents, the researchers wrote.

Even with MPA as an option, most adolescents fail to meet the recommendations of at least 60 minutes of MVPA, they said. “One possible reason is that this duration is quite long, requiring a daily time commitment that some may find difficult to maintain. A shorter target of 20 minutes might be easier to schedule daily and a focus on VPA would simplify messages about the intensity of activity that is likely to improve CRF.”

The study findings were limited by several factors including the use of data from only two schools in the United Kingdom, which may limit generalizability, and future research would ideally include a more direct assessment of VO2 max, the researchers wrote. However, the results were strengthened by the large and diverse study population, including teens with a wide range of body mass index as well as CRF.

Future research is needed to test whether interventions based on a target of 20 minutes of VPA creates significant improvements in adolescent cardiometabolic health, the researchers concluded.

Any Activity Has Value for Sedentary Teens

The current study suggests that counseling teens about physical activity may be less challenging for clinicians if optimal cardiorespiratory benefits can be reached with shorter bouts of activity, Michele LaBotz, MD, of Intermed Sports Medicine, South Portland, Maine, and Sarah Hoffman, DO, of Tufts University, Boston, wrote in an accompanying editorial.

The results have two key implications for pediatricians, the authors said. First, “optimal CRF can be achieved with much shorter periods of activity than previously recommended.” Second, “current ‘moderate to vigorous’ PA recommendations may not be sufficient to improve CRF in adolescents, if achieved through moderate activity only.”

However, the editorialists emphasized that, although shorter periods of higher-intensity exercise reduce the time burden for teens and families, specific education is needed to explain the extra effort involved in exercising vigorously enough for cardiorespiratory benefits.

Patients can be counseled that activity is vigorous when they start to sweat, their face gets red, and they feel short of breath and unable to talk during activity,” they explained. These sensations may be new and uncomfortable for children and teens who have been quite sedentary or used to low-intensity activity. LaBotz and Hoffman advised pediatricians to counsel patients to build intensity gradually, with “exercise snacks,” that involve several minutes of activity that become more challenging over time.

“Exercise snacks can include anything that elevates the heart rate for a minute or more, such as running up and down the stairs a few times; chasing the dog around the backyard; or just putting on some music and dancing hard,” the editorialists wrote.

“Some exercise is better than none, and extrapolating from adult data, the biggest benefit likely occurs when we can help our most sedentary and least fit patients become a bit more active, even if it falls short of currently recommended levels,” they concluded.

The study was supported by grants to various researchers from the British Heart Foundation, the Elizabeth Casson Trust, the U.K. National Institute of Health Research, the Professor Nigel Groome Studentship scheme (Oxford Brookes University), and the U.K. Department of Health. The researchers had no financial conflicts to disclose. The editorialists had no financial conflicts to disclose.