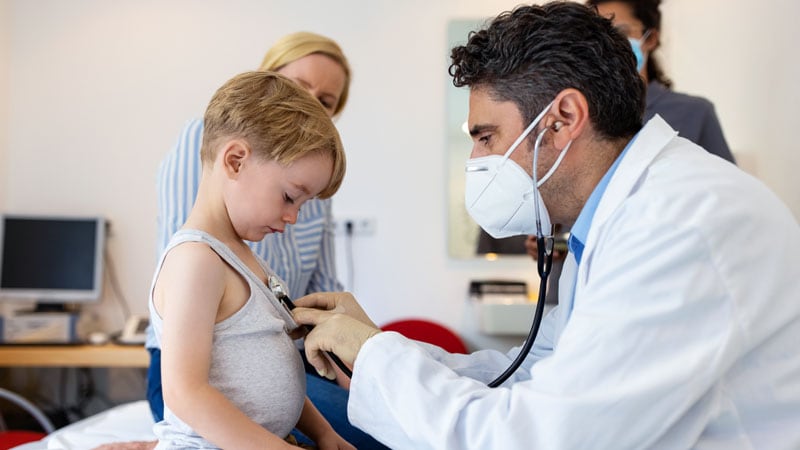 Vasculitis of the coronary arteries is a well-recognized acute complication of Kawasaki disease, but the long-term risk of cardiovascular (CV) sequelae does not appear to be clinically meaningful for most patients, according to results from an analysis of data presented at the annual meeting of the Canadian Rheumatology Association.

For patients and parents, these data provide “a message of reassurance,” according to Jennifer J.Y. Lee, MD, a pediatric rheumatologist affiliated with the Hospital for Sick Children, Toronto.

The long-term outcomes were characterized as reassuring even though rates of hypertension, major adverse cardiac events (MACE), and death from CV events were higher in patients with Kawasaki disease relative to controls in a retrospective data-linkage study. In fact, these differences were highly statistically significant, but the absolute differences were extremely small.

For this analysis, the 1,174 patients diagnosed with Kawasaki disease at Lee’s institution between 1991 and 2008 were compared in a 10:1 ratio to 11,740 controls matched for factors such as age, sex, ethnicity, and geographic region. The median follow-up period was 20 years, and the maximum was 28 years.

Moreover, when these outcomes were graphed over time, most events occurred during the acute period or in the initial years of follow-up.

“There was not a constant increase in risk of these outcomes over time for patients with Kawasaki disease relative to the controls,” Lee reported. “The long-term prognosis for Kawasaki patients remains favorable.”

Similar results from a single-center experience were published 3 years ago. In that study, 207 Kawasaki patients treated at the University of Lausanne (Switzerland) were followed for 30 years. Complications after the acute phase were characterized as “rare.”

For example, only three patients (1.4%) had a subsequent episode of myocardial ischemia. All three had developed a coronary aneurysm during the acute phase of Kawasaki disease. The authors of that study reported that children who had not received immunoglobulins during the acute phase or who developed Kawasaki disease outside of the usual age range were more likely to have subsequent events, such as disease recurrence.

“I generally agree with the premise that major complications are rare when you compare a cohort of patients with Kawasaki disease with the general population,” Gaensbauer said. However, he added, “I do not think you can say no one needs to worry.”

During the acute phase of Kawasaki disease, the arterial damage varies. As suggested in the University of Lausanne follow-up, patients with significant coronary aneurysms do appear to be at greater risk of long-term complications. Gaensbauer cited a statement from the American Heart Association that noted a higher risk of CV sequelae from Kawasaki disease with a greater or more severe coronary aneurysm or in the face of other evidence of damage to the arterial tree.

“The clinical course within the first 2 years of Kawasaki disease appears to be important for risk of CV complications after this time,” Gaensbauer said.

The absolute risk of CV events in patients with a more complicated acute course of Kawasaki disease remains incompletely understood, but Gaensbauer said that there are several sets of data, including these new data from the Hospital for Sick Children, that suggest that the overall prognosis is good. However, he cautioned that this reassurance does not necessarily apply to children with a difficult acute course.

According to the 2017 AHA statement on Kawasaki disease, risk stratification based on echocardiography and other measures after the acute phase of Kawasaki disease are reasonable to determine if long-term follow-up is needed. In those without abnormalities, it is reasonable to forgo further cardiology assessment.

Lee and Gaensbauer reported having no potential conflicts of interest.