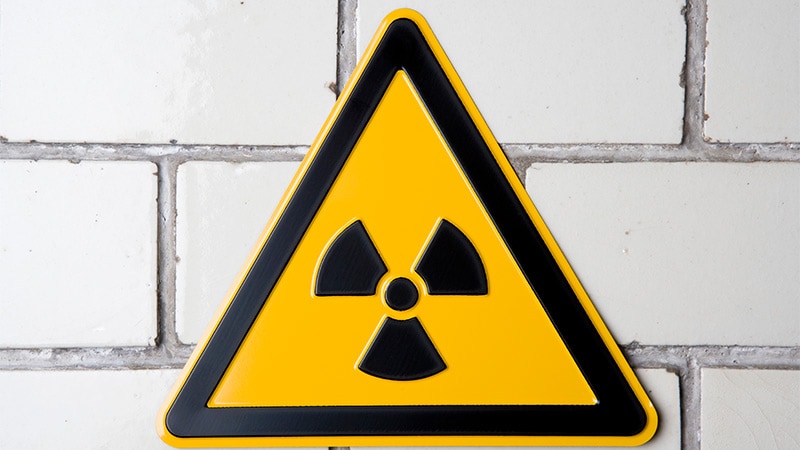 The radioactivity content of fine particulate matter may play a major role in the negative effect of air pollution on human health, cardiovascular death, and mortality, a new study suggests.

They suggest that more research focused on reducing particle radioactivity in the environment may lead to more targeted, cost-effective air quality regulations that may help to reduce cardiovascular disease-related deaths.

The authors note that the primary source of particle radioactivity in the United States is radon gas, which is produced from the natural decay of uranium found in soil and rocks. Once radon is formed, it migrates upwards into the atmosphere, breaking down to alpha-, beta- and gamma radio isotopes, which can attach themselves to fine particulate matter.

The study was published online October 5 in the Journal of the American Heart Association.

Koutrakis explained that it has been known for many years that ambient fine particulate matter — particulate matter with an aerodynamic diameter less than 2.5μm (PM2.5) — can be responsible for mortality and morbidity. But it is not known which properties of these particles causes their toxicity.

“A better understanding of the physical, chemical, or biological properties of PM2.5 responsible for its toxicity could inform future public health and environmental policy worldwide,” he said.

“We wanted to investigate the hypothesis that radioactivity attached to the particles may be contributing to their adverse effects on the body,” he added.

For the current study, the researchers examined whether there was an association between radioactivity of fine particulate matter in the air and cardiovascular and all-cause mortality in the state of Massachusetts.

They obtained mortality data from the Massachusetts Department of Public Health for the years 2001-2015. The data included the residential address, date of death, and underlying cause of death. They then linked this information to a previously developed model of radioactive particle concentrations by zip code and month to estimate exposure to radioactive particles in the zip code of each individual during the last year of their life.

Results showed that chronic particle radioactivity and PM2.5 exposure were associated with similar increased risks for death from total cardiovascular disease, myocardial infarction (MI) or stroke, and all causes of nonaccidental death.

On the possible biological mechanisms behind these observations, the authors note that the majority of particle radioactivity attaching to PM2.5 penetrate deeply into the lung and can enter the circulation and subsequently lead to systemic inflammation and oxidative stress.

“We have other studies linking radioactivity in the air to adverse health effects, but this is the first study linking radioactive particles to mortality. This large population study with more than 750,000 deaths adds more weight to the hypothesis that radioactivity is contributing to the mortality and morbidity caused by air pollution,” Koutrakis said.

He explained that radon is present in the air both inside buildings and in the outside environment. In buildings, it rises from the earth through the foundations, and in some areas of high radon, there are methods in place to try to prevent this from happening. “These preventative strategies could be particularly important for the homes of patients with cardiovascular or respiratory disease,” he commented.

In outside environments, it is more difficult to reduce radioactivity levels. But Koutrakis pointed out that it is believed that the radioactivity has to attach to fine particulate matter to be inhaled into the body, so the amount of radioactivity penetrating the body can be reduced by controlling pollution levels.

“So, our goal should still be to reduce fine particulate air pollution,” he concluded.

The study was funded by the US Environmental Protection Agency and the National Institutes of Health. The authors report no relevant financial relationships.