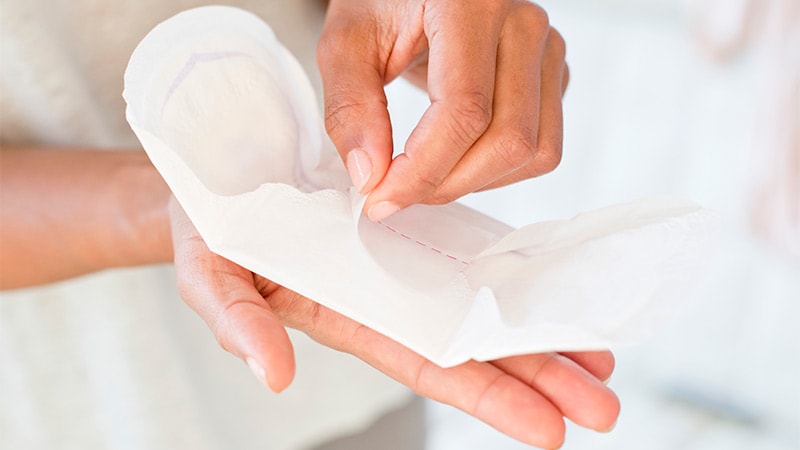 PARIS — More than half of women treated with chemotherapy for localized breast cancer reported persistent amenorrhea at year-4 (Y4) after diagnosis. This result comes from a French study that analyzed follow-up data of patients who were premenopausal at the time of diagnosis. The results, presented at the ESMO Congress 2022, also show that chemotherapy-related amenorrhea (CRA) has a substantial impact on women’s quality of life.

“This study, which looked at post-diagnosis data, opens the door to new ways of guiding the clinical examination,” pointed out Rayan Kabirian, MD, an oncologist at the Gustave Roussy Institute in Villejuif, France, and the main author of the study. In his opinion, the findings should encourage further research into chemotherapy’s side effects in women with amenorrhea so that, when needed, these patients can be given supportive care adapted to their specific situation.

Chemotherapy given before or after breast cancer surgery may induce amenorrhea. This absence of menses for 6 or more months can be temporary or permanent. As Kabirian noted in his presentation, some studies have already shown that the risk of developing amenorrhea is correlated with age, type of chemotherapy, and the duration of treatment. There is not enough data to characterize this side effect, however.

For their study, he and his team used CANTO (CANcer TOxicities), a multicenter, prospective cohort of stage I–III breast cancer. A total of 12,000 women at 26 cancer centers in France were enrolled in the cohort. They were followed for 5 years after being treated for localized breast cancer. The aim? To evaluate the long-term impact of treatment-related toxicities on quality of life.

The researchers worked with data pertaining specifically to premenopausal patients with breast cancer, aged 50 years or younger at diagnosis, who were treated with chemotherapy. The main analysis included 1676 women with a mean age at diagnosis of 42.2 years; 31% were under age 40. A total of 745 women were followed up at Y4 after diagnosis.

Anthracycline and taxane-based combination chemotherapy were given to 91% of the patients either before or after surgery. The others were given one of the two agents. In addition, 75% received hormone therapy and 25% received trastuzumab (Herceptin), a targeted therapy administered to treat HER2-positive breast cancers.

The results showed that 83.1% reported CRA at year-1 (Y1) after diagnosis. Among 745 women with follow-up at 4 years or later, 58% had persistent CRA. And some women’s menses resumed — in most cases between the first and second year after diagnosis.

The findings of this study were in line with those of previous studies: older age at diagnosis, receipt of hormone therapy, anthracycline and taxane-based combination chemotherapy, and a lower BMI were associated with higher rates of CRA. Conversely, treatments with trastuzumab alone and with anthracycline alone were associated with a lower risk of developing amenorrhea.

An analysis focusing on age groups showed that younger women were the ones more likely to have a resumption of menses. Indeed, this was true at the end of Y1 after diagnosis for 45% of patients aged 18-34 years and only 7% of patients over 40 years. In terms of persistent CRA at Y4, the numbers were 26% and 78%, respectively.

The final finding was that, for most women in the study, persistent CRA was associated with deterioration of quality of life. In addition to having a greater risk of experiencing impairment of attention and concentration and worse sexual function, women whose menses did not resume at Y4 had more long-term, chemotherapy-related side effects (such as dry mouth, dysgeusia, hot flashes, headaches, and alopecia).