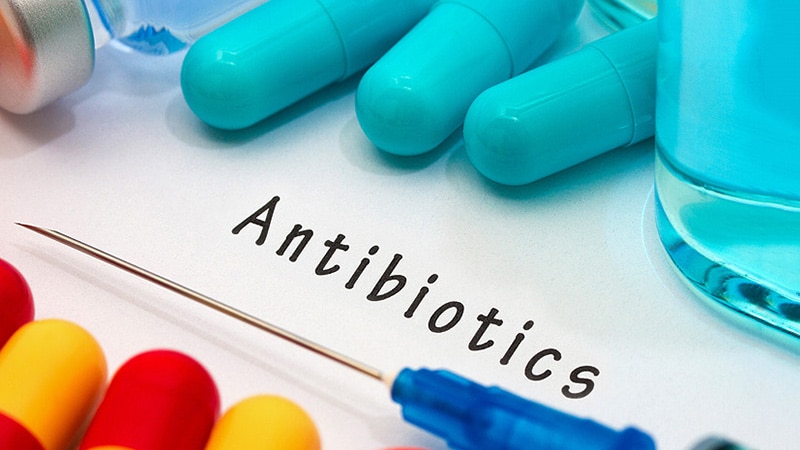 Antibiotic use varies significantly across Canadian provinces, highlighting the need for provincial targets to reduce antibiotic overuse and antimicrobial resistance, according to new data.

“What their work highlights is that it takes time and multiple interventions to tackle the problem,” he said. “Lower rates are a culmination of time, an iterative approach, and evidence-based initiatives to tackle overuse in a substantial way.”

The findings were published online March 22 in CMAJ Open.

International and interprovincial variation in prescribing rates can be attributed partly to various stewardship initiatives in Canada, the researchers write. In British Columbia, provincially funded stewardship programs have been in place since 2005 and have led to a “substantial reduction” in antibiotic use, they say.

“Reducing the overuse of antibiotics, with the specific concern of antimicrobial resistance growing, has been a goal globally,” said Tadrous. “That’s why it’s important to continue to drive down the gap between what’s appropriate use and what’s not.”

In a 2019 report, the Public Health Agency of Canada called for detailed research on antibiotic use to explain interprovincial variation and develop appropriate Canadian targets for antibiotic use. In this study, Tadrous and colleagues found that targets could be developed for specific high-risk drug classes.

Because medical needs vary by population, patient factors and interphysician variability should be considered as well, the researchers write. Interventions for high-prescribing physicians, for instance, can play an important role in community antimicrobial stewardship programs. In one intervention, sending letters to physicians that compared their prescribing rates to those of other doctors led to an improvement, Tadrous said.

“The idea is not just to measure and point out problems but to develop solutions,” he said.

One of the best ways to improve stewardship is to ensure healthcare providers have access to the most current selection of treatment options, Lori Burrows, PhD, professor of biochemistry and biomedical sciences at McMaster University in Hamilton, Ontario, Canada, told Medscape Medical News. Burrows, who wasn’t involved with this study, has conducted research with the Canadian Antimicrobial Innovation Coalition.

Many Canadian physicians don’t have easy access to newer antibiotics and often resort to prescribing older, generic treatments that may be ineffective because of antimicrobial resistance, she said. Newer drugs have been approved for use in other countries but not in Canada. This discrepancy results from factors such as the cost of developing the drugs, stewardship principles that reduce the return on investment for drug companies, and other financial barriers in the Canadian market due to the country’s small population and regulatory processes.

“Because of our stewardship programs, we need to start thinking about different ways to pay for antibiotics,” said Burrows. “If the federal government gives the money to the provinces, then it’s up to them to decide whether to bother paying for new antibiotics.”

The COVID-19 pandemic provided a preview of what uncontrolled drug resistance might look like, with an infectious disease that had no viable treatment options, she said. However, the pandemic response also showed how federal and provincial governments could work together to address a serious public health threat.

“While antimicrobial resistance is a slower-moving pandemic than COVID-19, it will have massive impact on complex medical procedures we now take for granted,” she said. “More urgency is needed in our efforts to bring new antibiotic options to Canada to slow the development of resistance, to save lives, and to reduce pressure on our healthcare system.”

The study was funded by the Ontario Ministry of Health. Tadrous and Burrows have reported no relevant disclosures.