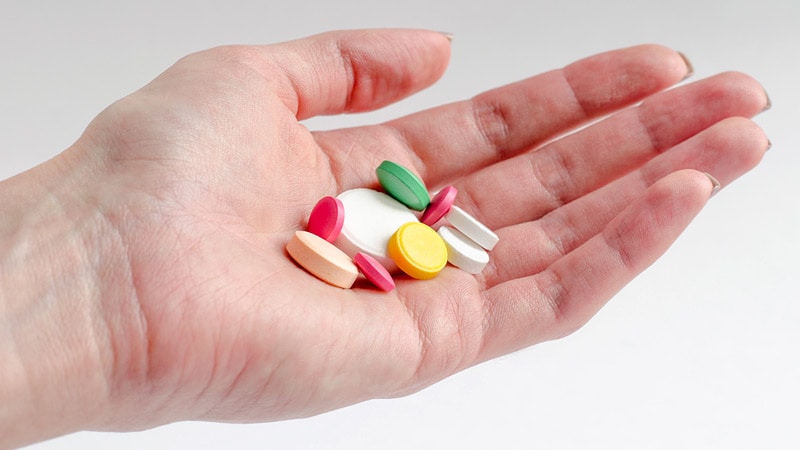 When it comes to antidepressant prescribing, less may be more, new research suggests.

A new review suggests antidepressants are overprescribed and that the efficacy of these agents is questionable, leading researchers to recommend that when physicians prescribe these medications, it should be for shorter periods.

He added antidepressants “exert profound adverse effects on the body and brain” and can be difficult to stop because of physical dependence that occurs when the brain adapts to them.

“The best way to take people off these drugs is to do so gradually enough that the unpleasant effects are minimized and in a way that means the reductions in dose get smaller and smaller as the total dose gets lower,” Horowitz said.

However, at least one expert urged caution in interpreting the review’s findings.

“The reality is that millions of people do benefit from these medications, and this review minimizes those benefits,” Philip Muskin, MD, chief of consultation-liaison for psychiatry and professor of psychiatry, Columbia University Medical Center, New York Presbyterian Hospital, New York City, said when approached for comment.

The findings were published online December 20 in the Drug and Therapeutics Bulletin.

Horowitz noted a personal motivation for conducting the review. “As well as being an academic psychiatrist, I’m also a patient who has been prescribed antidepressants since age 21, when my mood was poor, due to life circumstances,” he said.

The antidepressant “didn’t have particularly helpful effects,” but Horowitz continued taking it for 18 years. “I was told it was helpful and internalized that message. I came to understand that much of the information around antidepressants came from the drug companies that manufactured them or from academics paid by these companies,” he said.

Horowitz is currently discontinuing his medication ― a tapering process now in its third year. He said he has come to realize, in retrospect, that symptoms not initially attributed to the drug, such as fatigue, impaired concentration, and impaired memory, have improved since reducing the medication.

“That experience sensitized me to look for these symptoms in my patients and I see them; but most of my patients were told by their doctors that the cause of those problems was the depression or anxiety itself and not the drug,” he said.

“Much of the evidence of the efficacy of antidepressants comes from randomized placebo-controlled trials,” Horowitz said. Several meta-analyses of these studies showed a difference of about two points between the agent and the placebo on the Hamilton Depression Rating Scale (HAM-D).

“Although this might be statistically significant, it does not meet the threshold for a clinical significance ― those aren’t the same thing,” Horowitz said. Some analyses suggest that a “minimally clinically important difference” on the HAM-D would range from three to six points.

The findings in adolescents and children are “even less convincing,” the investigators note, citing a Cochrane review.

“This is especially concerning because the number of children and adolescents being treated with antidepressants is rapidly increasing,” Horowitz said.

Additionally, the short duration of most trials, typically 6 to 12 weeks, is “largely uninformative for the clinical treatment of depression.”

“Antidepressants have toxic effects on the brain and cause brain damage when they artificially increase serotonin and modify brain chemistry, which is why people become sick for years after stopping,” Horowitz said. “When the drug is reduced or stopped, the brain has difficulty dealing with the sudden drop in neurotransmitters, and withdrawal symptoms result, similar to stopping caffeine, nicotine, or opioids.”

He added it is not necessarily the original condition of depression or anxiety that is recurring but rather withdrawal, which can last for months or even years after medication discontinuation.

“This has led to many patients being incorrectly told that they need to get back on their antidepressants,” he added.

He likened this approach to “telling people that the need to continue smoking because when they stop, they get more anxiety.” Rather, the “correct response would be that they simply need to taper off the antidepressant more carefully,” he said.

Helpful in the Short Term

Patients should be informed prior to initiation of antidepressant treatment about the risk of withdrawal effects if they stop the drug, the investigators advise. They reference the Royal College of Psychiatrists’ updated guidance, which recommends slow tapering over a period long enough to mitigate withdrawal symptoms to “tolerable levels.”

The guidance suggests that patients start with a small “test reduction.” Withdrawal symptoms should be monitored for the following 2 to 4 weeks, using a symptom checklist such as the DESS, with subsequent reductions based on the tolerability of the process.

Gradual dose reductions and very small final doses may necessitate the use of formulations of medication other than those commonly available in tablet forms, the researchers note. During the tapering process, patients may benefit from increased psychosocial support, they add.

Horowitz noted that antidepressants can be helpful on a short-term basis, and likened their use to the use of a cast to stabilize a broken arm.

“It’s useful for a short period. But if you leave someone in a plastic cast permanently, their arm will shrivel and you will disable them. These drugs should be prescribed minimally, and for the shortest possible period of time,” he said.

Muskin commented that the review is helpful in guiding clinicians on how to approach tapering of antidepressants and making patients aware of discontinuation symptoms.

However, “a lot of people will read this who need treatment, but they won’t get treated because they’ll take away the message that ‘drugs don’t work,’ ” he said.

“As it is, there is already stigma and prejudice toward psychiatric illness and using medications for treatment,” said Muskin, who was not involved with the research.

The current review “isn’t balanced, in terms of the efficacy of these drugs ― both for the spectrum of depressive disorders and for panic or anxiety disorder. And there is nowhere that the authors say these drugs help people,” he added.

Moreover, the investigators’ assertion that long-term use of antidepressants causes harm is incorrect, he said.

“Yes, there are ongoing side effects that impose a burden, but that’s not the same as harm. And while the side effects are sometimes burdensome, ongoing depression is also terribly burdensome,” Muskin concluded.

Horowitz, Wilcock, and Muskin have reported no relevant financial relationships.