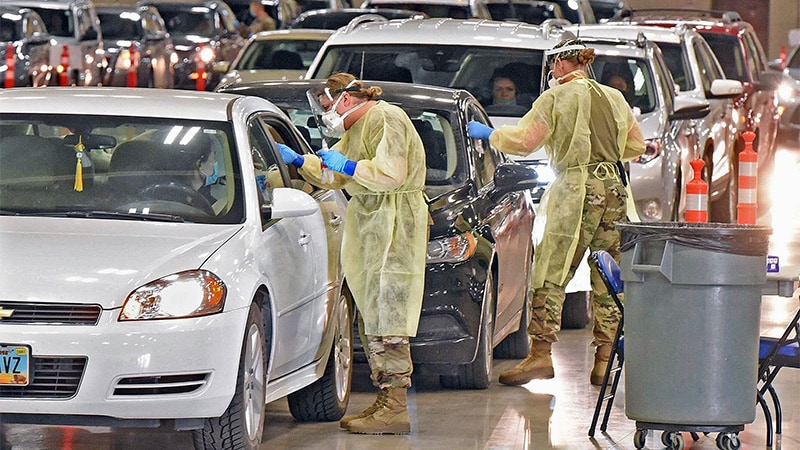 BISMARCK, N.D. (AP) — The North Dakota Health Department stored thousands of COVID-19 vaccine doses at incorrect temperatures or without temperature data over the past two years, according to a state audit Tuesday that said some of the vaccine was administered to patients.

The health department disputed the findings. Tim Wiedrich, who heads the agency’s virus response, said “no non-viable vaccine” was given to patients. In responses that accompanied the audit, the department said clerical errors or other errors of documentation erroneously suggested that expired or bad doses were given.

“DoH uses redundant systems to ensure proper monitoring and distribution of vaccines prior to end of shelf life,” the agency said.

A spokeswoman for the auditor’s office said it wasn’t recommending revaccinations.

“We simply report on what we found,” auditor’s office spokeswoman Emily Dalzell said. “It would be up to the individual and their doctor to decide if revaccination is needed.”

The state analysis said nearly 2,000 Moderna doses were stored at incorrect temperatures and were administered to patients. The audit also found that nearly 13,000 doses of the Pfizer vaccines were issued from storage with missing temperature data. The audit covered a two-year span that ended June 30. An inventory of the vaccines was conducted on Aug. 8, 2021, the audit said.

“We did not do the documentation to the satisfaction with the auditor’s office, which we are correcting,” he said. “We actually have changed the forms and everything.”

The audit said if vaccines are not stored correctly, there could be a need for re-vaccination, or they could be ineffective against the COVID-19 virus.

In its written response, the health department said “quality assurance procedures were in place and accurate test results were reported to the public.”

State Auditor Josh Gallion said in a statement the pandemic “brought on immeasurable challenges to all medical staff across the state. But he said “even in stressful situations it’s critical for guidelines to be followed to ensure the efficacy of vaccines.”