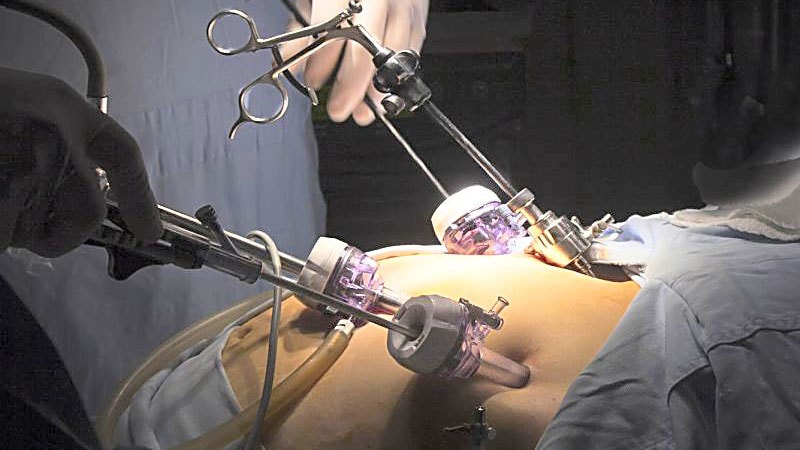 Bariatric surgery can reduce the risk of long-term cardiovascular outcomes in older Medicare beneficiaries with obesity, a large new observational study in which a third of the patients were over age 65 years, suggests.

The results were published in the Journal of the American College of Cardiology.

Previous studies on bariatric surgery outcomes have primarily focused on individuals from select healthcare networks or medical facilities with restricted coverage in the United States or on patients with diabetes, noted Tiffany M. Powell-Wiley, MD, MPH, of the National Institutes of Health’s National Heart, Lung, and Blood Institute in Bethesda, Maryland, and colleagues in an accompanying editorial.

Moreover, other long-term and observational studies have shown that bariatric surgery can decrease the risk of myocardial infarction, death, and stroke in young and middle-aged patients with obesity, but the evidence is less clear for older patients and those without diabetes, noted Mentias in a phone interview.

“To date, this is one of the first studies to support bariatric surgery for CVD risk reduction in patients older than 65 years, a population at highest risk for developing heart failure,” the editorial points out.

“We should consider referring patients who qualify for bariatric surgery based on BMI; it really should be considered as a treatment option for patients with class 3 obesity, especially with a body mass index (BMI) over 40 kg/m2,” Powell-Wiley told Medscape.

“There should be discussion about expanding insurance coverage to include bariatric surgery for eligible patients,” Mentias added.

“A lot of the studies showed long-term outcomes outside of the US, specifically in Europe,” Mentias added.

The aim of this study was to evaluate the long-term association between bariatric surgery and risk of adverse cardiovascular outcomes in a contemporary large cohort from the United States.

Older patients (> 65 years) and those without diabetes were looked at as specific subgroups.

The study cohort was matched 1:1. Participants were either part of a control group with obesity or a group of Medicare beneficiaries who had bariatric surgery between 2013 and 2019. Sex, propensity score matching on 87 clinical variables, age, and BMI were used to match patients.

More specifically, the findings showed that bariatric surgery was linked with the following after a median follow-up of 4.0 years:

The study cohort primarily consisted of Medicare patients, which limits the generalizability of the data. Lack of data on medications taken for cardiovascular and weight loss purposes and potential coding errors because the information was gathered from an administrative database were all limitations of the study, the researchers note.

An additional limitation was that residual unmeasured confounders, particularly patient-focused physical, social, and mental support factors, could play a role in whether a patient opted to have bariatric surgery, the study authors note.

This study was partially funded by philanthropic contributions by the Khouri family, Bailey family, and Haslam family to the Cleveland Clinic for co-author Dr Milind Y. Desai’s research. Mentias has disclosed no relevant financial relationships. Powell-Wiley disclosed relationships with the National Institute on Minority Health and Health Disparities and the Division of Intramural Research of the National, Heart, Lung, and Blood Institute of the National Institutes of Health.

Ashley Lyles is an award-winning medical journalist. She is a graduate of New York University’s Science, Health, and Environmental Reporting Program. Previously, she studied professional writing at Michigan State University, where she also took premedical classes. Her work has taken her to Honduras, Cambodia, France, and Ghana and has appeared in outlets like The New York Times Daily 360, PBS NewsHour, The Huffington Post, Undark, The Root, Psychology Today, TCTMD, Insider, and Tonic (Health by Vice), among other publications.