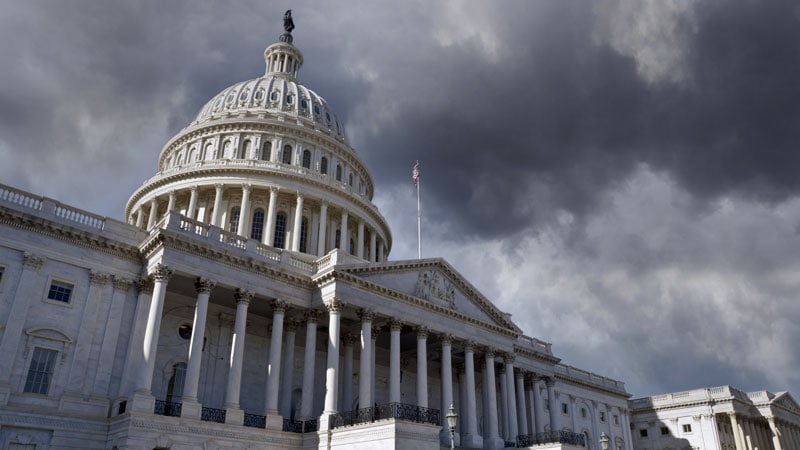 For decades, the drug industry has yelled bloody murder each time Congress considered a regulatory measure that threatened its profits. But the hyperbole reached a new pitch in recent weeks as the Senate moved to adopt modest drug pricing negotiation measures in the Inflation Reduction Act.

The bill “could propel us light-years back into the dark ages of biomedical research,” Dr. Michelle McMurry-Heath, president of the Biotechnology Innovation Organization, said last month. Venture capitalists and other opponents of the bill said that it “immediately will halt private funding of drug discovery and development.”

Steve Ubl, leader of the ubiquitous Pharmaceutical Research and Manufacturers of America, or PhRMA, called the bill’s Senate passage on Aug. 7 a “tragic loss for patients.” He threatened in an interview with Politico to make politicians suffer if they voted for the measure, adding that “few associations have all the tools of modern political advocacy at their disposal in the way that PhRMA does.”

In the past 12 months, PhRMA and closely allied groups spent at least $57 million — $19 million of it since July — on TV, cable, radio, and social media ads opposing price negotiations, according to monitoring by the advocacy group Patients for Affordable Drugs. PhRMA spent over $100 million this year to unleash a massive team of 1,500 lobbyists on Capitol Hill.

The final bill is weaker than earlier versions, which would have extended negotiations to more drugs and included private insurance plans. The bill would enable only Medicare to negotiate prices beginning in 2026, initially for just 10 drugs.

It would save the Centers for Medicare & Medicaid Services about $102 billion over a decade, the Congressional Budget Office estimates. In 2021 alone, the top U.S. pharmaceutical companies booked tens of billions of dollars in revenue: Johnson & Johnson ($94 billion), Pfizer ($81 billion), AbbVie ($56 billion), Merck & Co. ($49 billion), and Bristol Myers Squibb ($46 billion).

The bill authorizes hundreds of millions of dollars for CMS to create a drug negotiation program, setting in motion a system of cost-benefit evaluations like those used in Europe to guide price negotiations with the industry. Americans pay, on average, four times what many Europeans do — and sometimes far, far more — for the same drugs.

The bill does not affect the list prices companies charge for new drugs, which increased from a median price of $2,115 in 2008 to a staggering $180,007 in 2021, according to recent research.

The bill’s champions say that PhRMA’s gloomy prophecies are overblown, and that history is on their side.

“It’s complete bullshit and a scare tactic,” Andy Slavitt told KHN. As a leading federal health official in 2016, he tried to change part of a Medicare program that pays doctors a fixed 6% of the cost of a drug each time they administer it, creating an incentive to use the most expensive infusion drugs. PhRMA funded most of the loud campaign that defeated his efforts, Slavitt said.

Another scare tactic: The drug industry warns that any price negotiation will kill innovation. Such warnings “constitute the pharma response in literally every instance since 1906,” the year the first drug regulation agency was created, said Dr. Aaron Kesselheim, who leads the Program on Regulation, Therapeutics, and Law at Brigham and Women’s Hospital in Boston. And yet, he said, regulatory changes rarely choked out investment in new drugs.

For example, the drug industry bemoaned a bill to boost generic drugs sponsored by Rep. Henry Waxman (D-Calif.) in 1984. Yet while 50% of prescribed drugs were generics in 2000 — up from 15% in 1980 — approvals of important new drugs also soared during the period, Kesselheim noted. The threat of losing market share to generics, he said, may have induced manufacturers to invest in innovation.

In 1993, Thomas Copmann, then a PhRMA vice president, charged that President Bill Clinton’s Vaccines for Children program, which funded vaccinations for any kid whose parents couldn’t afford them, “would just kill innovation because the government would control the market.” Over the next 16 years, childhood vaccination rates climbed — from 72% to around 93% for polio vaccine, for example. Over the same period, new vaccines against hepatitis A and B, pneumonia, chickenpox, human papillomavirus, and rotavirus were added to the schedule.

The drug industry’s attacks on regulation have a rich and florid history. In the early 1900s, the Proprietary Association of America warned newspapers that their advertising revenue would dry up if the industry had to list its ingredients (mostly alcohol). The law passed in 1906, but newspapers — and the drug industry — survived it.

Sometimes the industry’s breast-beating is a negotiating tactic, one that has led to concessions from Congress and the federal government.

In the 1990s, when discussions began about requiring drug companies to pay user fees to have their drugs reviewed, the industry described the fees as a “tax on innovation.” Eventually, it agreed to pay the fees if the FDA set deadlines for the reviews. The resulting boost in FDA staffing levels ushered in an increase in drug approvals over the ensuing five years.

Yet “killing innovation” remains a go-to trope. Drug imports, efforts to rein in “pay-for-delay” agreements between brand and generic companies, investigations of price gouging by drugmakers — all, according to conservatives and pharmaceutical executives, “kill innovation.” Former House Speaker Newt Gingrich in 2009 said the same about the Affordable Care Act. A golden decade for new drugs followed, with FDA approvals increasing from 21 in 2010 to 50 in 2021.

Critics of the current bill argue that history and economic research show that drug investment will lag when markets shrink, which they say will be the case if price controls lead corporations to earn less money on their blockbuster drugs.

If Medicare negotiations cut into the profits of the biggest earners, investors in risky biotech companies, whose drugs rarely strike it rich, will shift some of their portfolios from pharmaceuticals into other sectors, said Craig Garthwaite, director of health care at Northwestern University’s Kellogg School of Management. “There’s a fair argument as to how much,” he said.

He noted that after Medicare’s drug program was created in 2003 — the drug industry initially opposed it — an increase in federal spending on medicines inspired pharmaceutical companies to spend more on drugs aimed at older people. “Once you invest in clinical trials, that money never comes back unless it’s in revenue for products sold,” he said.

Yet some experts argue that Medicare drug pricing negotiations could hasten innovation if they steer companies away from drugs that modestly improve outcomes but can earn massive amounts of cash in the current system of unchecked prices.

In the cancer field, most investment is in drugs that provide incremental benefits at a high price, said Dr. Vincent Rajkumar, a Mayo Clinic oncologist. He was a principal investigator on two large trials testing Ninlaro (ixazomib), a pill for multiple myeloma that is very similar to the injected drug Velcade (bortezomib). While more convenient, Ninlaro is no more effective, he said, and it costs about eight times as much as generic bortezomib. A newer multiple myeloma drug, Xpovio (selinexor), keeps patients progression-free for about four additional months; it costs $22,000 a month.

Most new cancer drugs extend life for only a short time, said Rajkumar, who helped organize a 2015 letter signed by 118 oncologists that called for giving Medicare the power to bargain. If forced to negotiate, “maybe the companies would spend their research and development funds on something more meaningful,” he said.

In other high-income countries, drug price negotiations are the norm. “Right now, we are the odd man out,” Rajkumar said. “Are we really that brainy that we are right and everyone else is wrong? Are we really looking out for our public better than everyone else?”

Large patient groups such as the American Cancer Society, American Heart Association, and American Diabetes Association, all of which have significant drug industry support, stayed on the sidelines of the debate over the language in the drug price negotiation bill.

Some other patient groups, fearful that the industry will lose interest in drugs for smaller populations should prices decline, opposed the bill — and successfully won exceptions that would prevent Medicare from negotiating prices on drugs for rare diseases.

David Mitchell, a multiple myeloma patient who founded Patients for Affordable Drugs in 2017, said he’s sure the bill won’t discourage innovation — and his life may depend on it. The 68-year-old said he’s on a four-drug regimen but “cancer is very clever and finds a way to get around drugs.”

“The idea that taking a small bite out of pharma revenue is going to stop them from creating new drugs is bullshit,” he said.