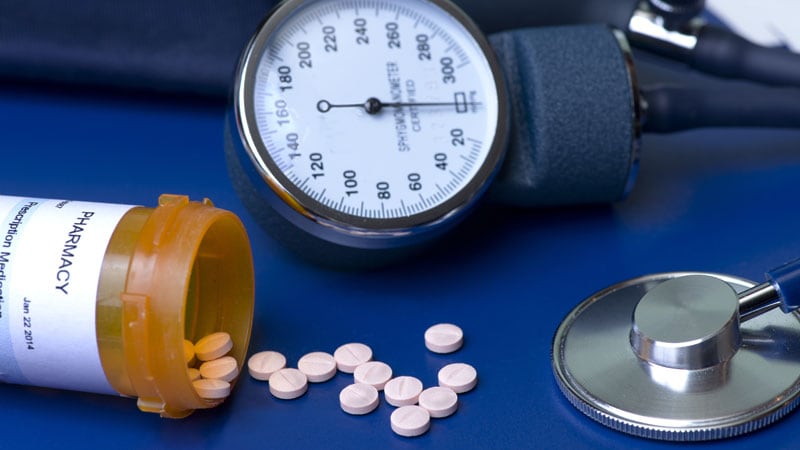 For patients with arterial hypertension, treatment with an angiotensin receptor blocker (ARB) may help protect against epilepsy, results from a large retrospective study show.

Investigators found that ARB therapy, and losartan in particular, was associated with a decreased incidence of new-onset epilepsy compared with other antihypertensive drug classes.

“Our work builds on recent work in which the renin-angiotensin-aldosterone system, which plays a central role in the development of hypertension, has also been implicated in the development of epilepsy,” study investigator Corinna Doege, MD, Central Hospital Bremen, Bremen, Germany, told Medscape Medical News.

“Various animal studies have shown that ARBs may have a positive effect on epilepsy and epileptic seizures due to possible neuroprotective properties,” Doege added.

The study was published online October 17 in JAMA Neurology.

Arterial hypertension is prevalent and leads to various secondary diseases, such as cardiovascular disease and neurologic comorbidities such as stroke and epilepsy.

As previously reported by Medscape Medical News, a recent study showed hypertension may double the risk for late-onset epilepsy, even in patients who have not had a previous stroke.

The new findings from Doege and colleagues are based on a propensity-score matched analysis of 168,612 adults (mean age, 62 years; 51% women) with hypertension receiving one of four antihypertensive drug classes — beta-blockers, ARBs, angiotensin-converting enzyme (ACE) inhibitors, or calcium channel blockers (CCBs) — with 42,153 individuals in each antihypertensive drug class.

The main outcome was the incidence of epilepsy associated with ARB therapy compared with other antihypertensive drug classes.

ARB therapy was associated with a significantly decreased incidence of epilepsy (hazard ratio [HR], 0.77; 95% CI, 0.65-0.90) compared with the other drug classes as a group.

“For the first time, we were able to show an association between ARB treatment in humans with hypertension and a reduced incidence of epilepsy in a large patient population. We believe that this study, together with other available work, might point to a new direction of epilepsy prevention,” Doege added.

Doege cautioned that these data alone are not sufficient to alter therapy for hypertension and/or epilepsy. “However, it should encourage clinicians and researchers to initiate further studies in this direction,” Doege said.

Hypertension a Cause of Epilepsy?

Reached for comment on the study, Hedley Emsley, PhD, and Jasmine Wall, MB BChir, with Lancaster University, United Kingdom, cautioned that the study “should be regarded as exploratory at this stage given its retrospective nature, and the various caveats.”

One caveat is that the study did not discriminate between incident epilepsy occurring in isolation or in association with stroke such as poststroke epilepsy, they told Medscape Medical News via email.

“Nonetheless, this study is an important addition to this field and underlines the importance of prospective studies to investigate the potential for modification of vascular risk to reduce incident epilepsy,” they added.

Also providing outside perspective on the study, Umberto Aguglia MD, professor of neurology, Magna Graecia University of Catanzaro, Italy, said that the study “adds to the notion that hypertension may be a cause of epilepsy also independently from MRI-visible cerebrovascular damage and it offers a further window for future studies.”

However, the finding that ACE inhibitors were not strongly associated with a reduced incidence of seizures was “surprising,” Aguglia told Medscape Medical News, “given that they share a common pattern of action with ARBs, and some other literature support the role of ACE inhibitors.”

Summing up, Umberto said the cerebral renin-angiotensin system is “far from being fully elucidated and the JAMA Neurology paper adds to knowledge on its role in epilepsy.”

The study had no specific funding. Doege, Emsley, Wall, and Aguglia have no relevant conflicts of interest.