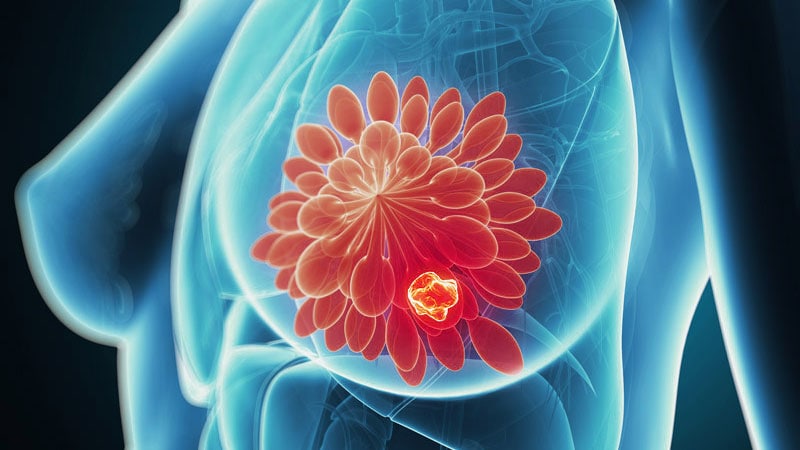 Breast cancer is the most common malignancy to affect female survivors of childhood cancer, but rates have been modestly falling with time, especially among survivors younger than 40 years.

The falling rates are largely associated with a decrease in the use of chest radiotherapy (RT), although other changes in treatment have played a role, say researchers in a new report from the Childhood Cancer Survivor Study.

“We document for the first time, to our knowledge, that this decline remains statistically significant, although slightly attenuated, after accounting for detailed cancer treatment exposures. The decline of the rate was at least in part associated with the diminished use of chest RT (and dose reductions), but the association was tempered by an increased use of anthracyclines,” they note.

“We also observed in women not exposed to chest RT both high doses of anthracyclines and alkylating agents were significantly associated with an increased breast cancer risk,” they added.

The study was published online October 13 in JAMA Oncology.

There were other changes in treatment over the decades. Use of high-dose chest RT in excess of 40 Gy also decreased over time, as did the proportion of patients treated with pelvic RT, from 26% in the 1970s to 13% in the 1990s.

In contrast, the use of anthracyclines increased from 30% in the 1970 to 64% in the 1990s, although the drugs were predominantly given in lower doses.

The use of alkylating agents also increased, from 46% in the earlier years to 55% in more recent years.

It is important to emphasize that treatments have changed over time, and the therapy schedules from the 1970s and 1980s are “vastly different than modern childhood cancer therapeutic approaches,” comment the authors of an accompanying editorial, Kelsey Corrigan, MD, MPH, and Michael Roth, MD, both from the University of Texas MD Anderson Cancer Center in Houston.

For example, in the past 20 years, technologic advances have transformed the use of 2- and 3-dimentional RT with large treatment fields into image-guided, conformal, and more precise RT, they note. Systemic therapy has similarly evolved with the introduction of immunotherapy and antibody-drug conjugates.

“Unfortunately, we may not know the late effects associated with newer RT approaches or immunotherapy for many years [so] there are challenges to translating these findings to subsequent breast cancer (SBC) risk in patients being treated today,” they acknowledge.

The editorialists also point out that this study shows that fewer than half of eligible childhood cancer survivors complete recommended SBC screening, possibly because of the burden and cost of appointments, lack of symptoms, and the absence of physician recommendations.

The editorialists also suggest that clinicians initiate discussion about the risk of treatment-associated breast cancer when they and their patients are deciding what the optimal, upfront treatment should be and that consideration be given to short-term and long-term health outcomes and survival.

“As patients enter into and continue through survivorship, the discussion should be reinitiated to remind patients of the importance of adhering to risk-stratified subsequent tumor screening,” they advise.

Multiple guidelines recommend breast cancer screening during survivorship for anyone who received more than 10 Gy of radiation exposure to the chest. This screening should take place twice a year starting 8 years after patients receive their primary diagnosis or at the age of 25 to 30 years.

Henderson reported grants from the National Institutes of Health during the conduct of the study. Corrigan and Roth have disclosed no relevant financial relationships.