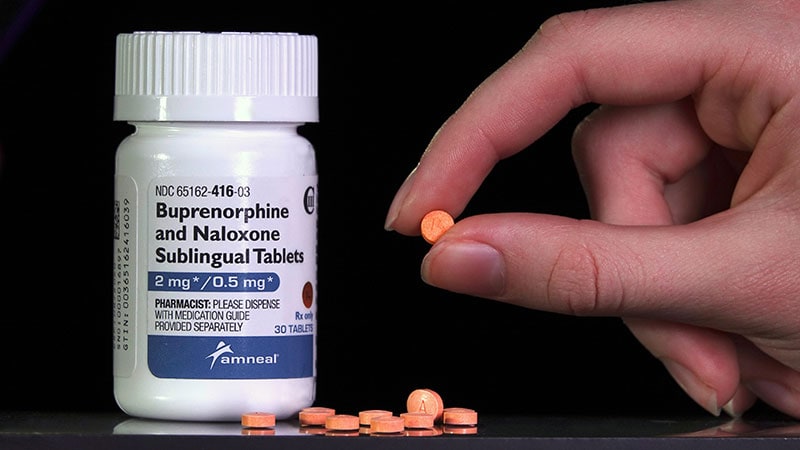 Using buprenorphine for opioid use disorder in pregnancy was linked with a lower risk of neonatal side effects than using methadone, but the risk of adverse maternal outcomes was similar between the two treatments, according to new research.

Elizabeth A. Suarez, PhD, MPH, with Brigham and Women’s Hospital in Boston, led the study published online in the New England Journal of Medicine.

Researchers studied pregnant women enrolled in public insurance programs in the United States from 2000 through 2018 in a dataset of 2,548,372 pregnancies that ended in live births. They analyzed outcomes in those who received buprenorphine as compared with those who received methadone.

Severe maternal complications developed in 3.3% of the women exposed to buprenorphine and 3.5% of those on methadone (ARR, 0.91.) Exposures in late pregnancy and early pregnancy yielded similar results, the authors say.

Michael Caucci, MD, of the department of psychiatry at Vanderbilt University Medical Center in Nashville, Tenn. who also runs the Women’s Mental Health Clinic at the university, said this paper supports preliminary findings from the Maternal Opioid Treatment: Human Experimental Research (MOTHER) study that suggested infants exposed to buprenorphine (compared with methadone) appeared to have lower rates of neonatal complications.

“It also supports buprenorphine as a relatively safe option for treatment of opioid use disorder during pregnancy,” said Caucci, who was not part of the study by Suarez and associates. “Reducing the fear of harming the fetus or neonate will help eliminate this barrier to perinatal substance use disorder treatment.”

But he cautions against concluding that, because buprenorphine has lower risks of fetal/neonatal complications, it is safer and therefore better than methadone in pregnancy.

“Some women do not tolerate buprenorphine and do much better on methadone, Caucci said. “Current recommendations are that both buprenorphine and methadone are relatively safe options for treatment of OUD [opioid use disorder] in pregnancy.”

Among the differences between the treatments is that while methadone is administered daily during in-person visits to federally regulated opioid treatment programs, buprenorphine can be prescribed by approved providers, which allows patients to administer buprenorphine themselves.

Caucci said he was intrigued by the finding that there was no difference in pregnancy, neonatal, and maternal outcomes depending on the time of exposure to the agents.

“I would have expected higher rates of neonatal abstinence syndrome (NAS) or poor fetal growth in those exposed later in pregnancy vs. those with early exposure,” he said.

The work was supported by the National Institute on Drug Abuse. Caucci reports no relevant financial relationships. The authors’ disclosures are available with the full text.