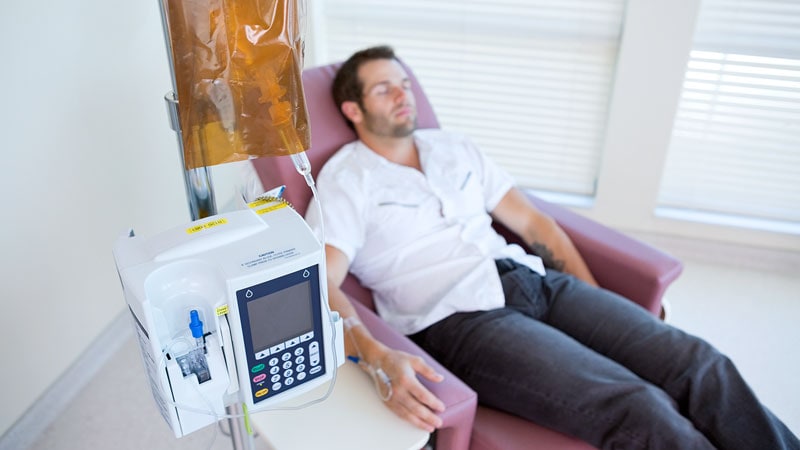 The cost of new cancer drugs does not appear to be correlated with how effective they are, according to a retrospective study published today in JAMA Internal Medicine.

In value-based pricing, drugs associated with greater improvements in a specific endpoint such as overall survival or drugs approved based on an objective rather than surrogate endpoint — overall survival instead of progression-free survival, for instance — “would be expected to cost more,” Miloš D. Miljković, MD, of Cartesian Therapeutics in Gaithersburg, Maryland, and coauthors write. “The results of this analysis suggest the opposite: oncology drugs approved based on [overall survival] improvement had the lowest median annual cost.”

A growing number of cancer therapies have been approved over the past 5 years, and the prices for these drugs continue to increase. Miljković and colleagues assessed all cancer drugs approved by the US Food and Drug Administration between 2015 through the end of 2020 to determine whether an association between their efficacy and cost exists.

A total of 119 individual drugs received 224 approvals for different cancers during this 6-year window. The median annual cost for a course of a drug was $196,000 across all tumor types.

Most of these drugs were small molecule therapy (45.5%) or biologics (44.0%), with a lower proportion of cytotoxic therapy (5%), hormonal therapy (3%), and gene and oncolytic virus therapy (2%). Most drug approvals were for nonsmall-cell lung cancer (14.3%) and breast cancer (9.4%). Other cancers with drug approvals during this time included myeloma, acute myeloid leukemia, melanoma, urothelial cancer, ovarian cancer, and prostate cancer.

Almost two thirds of the drugs (63%) were approved for a second indication after their initial approval, and a quarter of the drugs (25%) were first approvals for a next-in-class drug. Only 13% of the approved drugs had a novel mechanism of action.

“Price had a weak correlation within the most common approval endpoints,” the authors reported.

The overall findings suggest that “cancer drugs are priced based predominantly on what the market will bear,” the authors conclude. “Correcting this trend is vital for the solvency of healthcare and pharmaceutical development.”

In an accompanying editorial, Isabel R. Ostrer, MD, of the University of California San Francisco, and Cary P. Gross, MD, of the Yale School of Medicine, New Haven, Connecticut, highlight that the US spends more than $200 billion on cancer care every year, “imposing a substantial burden on the health system, as well as directly on patients and families.”

On the patient and family front, Ostrer and Gross note that the median cost of a course of a new anticancer drug is roughly three times the median household income in the United States.

And “despite spending twice as much on cancer care compared with other high-income countries, the US does not have substantially lower mortality rates,” the editorialists write. “It is difficult to argue that the current care system is working.”

Ostrer and Gross proposed several ideas for better aligning cancer drug prices with drug efficacy. One idea is indication-specific pricing that would allow cost variations based on how effective the drug is for different indications.

Another prospect would be for cancer drug approvals that rely on surrogate data to “be priced lower until postmarketing confirmatory trials are complete showing clinical benefit,” Ostrer and Gross suggest.

In addition, the Inflation Reduction Act, which allows Medicare to negotiate prices for up to 20 drugs, provides an “alluring” prospect for pricing cancer drugs.

“The landmark Inflation Reduction Act legislation has cracked open a window to the prospect of paying for cancer treatments in a manner that is commensurate with their value,” Ostrer and Gross write. “We need to break the glass.”

Tara Haelle is a health/science journalist based in Dallas. Follow her at @tarahaelle