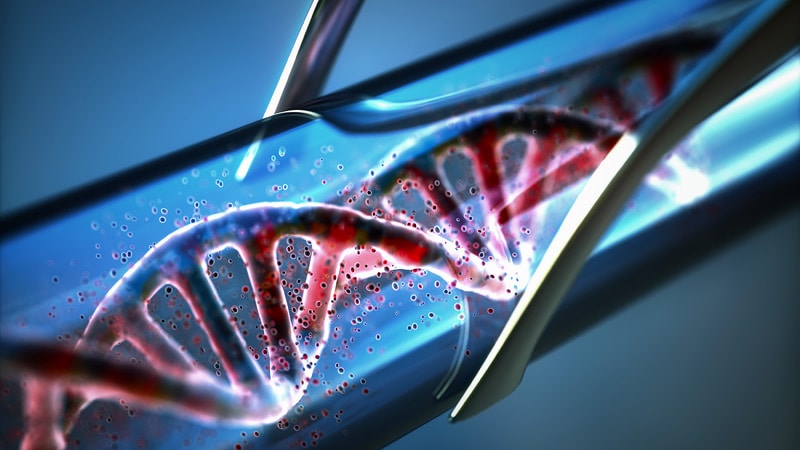 Despite an extensive body of supportive evidence and recommendations from major cancer societies, many patients with cancer still do not undergo genomic testing or receive appropriate targeted therapy. Why?

“The challenges are multifactorial and relate to lack of a coordinated care delivery system for precision cancer care,” said Richard L. Schilsky, MD, co-author of a recent commentary in the New England Journal of Medicine that discusses the gaps in clinical practice and underutilization of genomic testing.

“In a field that is rapidly moving scientifically, oncologists have to try to keep abreast of what genomic alterations are clinically relevant, what tests are available to detect those alterations with acceptable turnaround time, what biospecimens are required for the testing, and how to interpret the test results that are often lengthy and complex,” Schilsky told Medscape Medical News. He is professor emeritus at the University of Chicago and had served for years as chief medical officer at the American Society of Clinical Oncology (ASCO).

In the editorial, Schilsky, along with co-author Dan Longo, MD, deputy editor of NEJM, summarize the issues and offer some solutions.

There are now about 27 molecular biomarkers that have diagnostic tests approved by the US Food and Drug Administration (FDA) showing that a patient’s tumor is suitable for treatment with an approved targeted drug.

There are currently more than 90 targeted therapies that have received regulatory approval for use in eligible patients.

Medical professional societies, including ASCO, have endorsed the use of appropriate genomic testing. In addition, insurance coverage including Medicare for such tests has improved.

But genomic testing and targeted therapies are underutilized, the editorialists point out.

One recent study, which analyzed data on 38,000 patients with stage IV NSCLC diagnosed between 2010 and 2018, revealed that only 22% had molecular test results in their medical record, and only 3% were treated with targeted therapy — even though guidelines during this period recommended that all such patients undergo testing for EGFR, ALK, and ROS1 tumor alterations, at a minimum. In digging in to find out why, the authors found many gaps in clinical practice all along the cancer care spectrum.

Similar gaps in practice were revealed by a survey conducted in 2017 by the National Cancer Institute. Oncologists reported having difficulty in obtaining sufficient tissue for testing, insufficient time to order or review tests, or less frequently, the lack of expert personnel to help them interpret test results. The authors note that these factors were most often cited by oncologists practicing in rural communities or in solo practices, whereas those with training in genomics or access to a molecular tumor board were more likely to use NGS tests.

In their editorial, Schilsky and Longo point out that there are many necessary elements of the cancer precision-medicine workflow, including comprehensive genomic analysis of tumors, expert interpretation of the test results, shared decision-making with patients about treatments based on test results, and the need for administrative services to help patients obtain access to therapies.

“Each one of these steps involves multiple components that must be completed efficiently for care to be delivered within an acceptable time frame,” they commented.

Schilsky discussed how some of these issues could be addressed in an interview with Medscape Medical News.

“Potential remedies include building evidence-based decision support tools directly into the EHR so that, for example, once a cancer diagnosis is recorded, the oncologist is shown a screen with the recommended biomarker testing for that tumor type,” he said. “Ideally, this could be linked to automated order entry so that the appropriate biomarker test is ordered directly from the EHR.”

With that system, testing labs would report results directly into the EHR instead of reporting in the PDF format now commonly used, and would be displayed to the clinician immediately. If necessary, the report could be immediately sent to a molecular tumor board to assist with expert interpretation, he explained. “Therapy options would then be returned to the EHR and, if these options were linked to clinical treatment pathways, a treatment plan could be selected and ordered immediately.”

Schilsky emphasized that accomplishing such automated workflows that are built around high-level evidence requires considerable content expertise and IT infrastructure that may not be widely available, particularly in community settings. Nevertheless, examples of such pathways have begun to emerge.

Paying for testing and insurance reimbursement can also be an issue. In 2018, the Centers for Medicare & Medicaid Services (CMS) finalized a national coverage determination for next-generation sequencing tumor profiling, but only when the test has been cleared as a companion diagnostic. “Very few tests have met this standard, and those that have, such as the FoundationOne CDx, should be reimbursed by Medicare,” said Schilsky.

“Private payer coverage seems to still be all over the map in terms of which genomic tests are covered in what cancer types and for what line of therapy. But, hopefully, this will improve as organizations like ASCO continue to issue and update genomic testing guidelines,” he said.

In the editorial, the authors summarize the issues as follows: “Ensuring equitable and efficient deployment of precision medicine is a global challenge that requires patient access to validated molecular tests, a consistent regulatory and reimbursement environment offering incentives for test development, and concerted efforts by practice and health system leaders to develop the multidisciplinary workforce and information infrastructure necessary to create a precision cancer care delivery system.

“Putting these pieces in place would not only close the genomic testing gap in cancer care but could transform outcomes for many patients with cancer,” they conclude.

Roxanne Nelson is a registered nurse and an award-winning medical writer who has written for many major news outlets and is a regular contributor to Medscape.