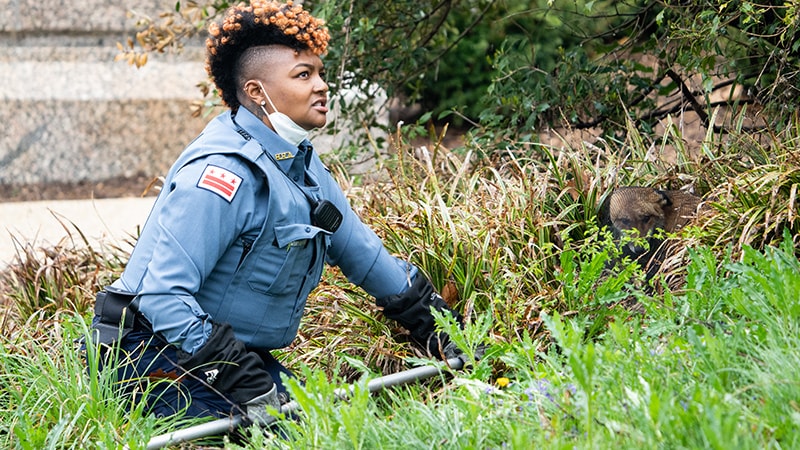 A red fox responsible for biting at least nine people on Capitol Hill tested positive for rabies, according to the District of Columbia Department of Health.

The animal, which was captured early this week by Capitol Hill police, was euthanized Wednesday, a procedure that is required under Washington, DC, law for “wildlife that has bitten a person or animal, or caused a potential rabies exposure to a person or animal.”

As rabies testing involves brain tissue, it cannot be done on a living animal.

The animal’s kits, or baby foxes, were also captured Wednesday morning, but it is unclear if they, too, will be euthanized, or what next steps will be, according to DC Health officials.

Officials also said they are working to contact “all human victims who were bitten by the fox.”

It’s not uncommon to see foxes in the area, according to the Humane Rescue Alliance, a DC-based animal rescue service.

Despite being shy animals, foxes can be spotted in daylight hours in the spring and summer, when they’re out catching food for their young.

Foxes are known to be very protective of their kits. They are only dangerous to humans when they are rabid, which is very rare, according to the Humane Society of the United States.

U.S. Rep. Ami Bera, MD, who previously practiced medicine in Sacramento, CA, tweeted that he is fine and back at work after being bitten by the fox on the grounds of the Capitol on Monday evening.

Bera told the Post that he did not see any punctures or blood after the fox lunged at the back of his leg, although there were small bite marks in his pant leg.

But the California Democrat still had treatment as a precaution: 10 shots, including tetanus, which were recommended by infectious disease doctors at Walter Reed National Military Medical Center.

A Politico reporter, Ximena Bustillo, said in a Twitter post that she was also bitten by the fox.

It is critical to get treatment right away if you think you’ve been exposed to an animal with rabies.

The rabies virus, which affects the central nervous system, has the highest mortality rate of any disease in the world (99.9%).

The key is to get treated before any symptoms appear, which can take up to 3 months. Treatment involves a series of vaccines and is always successful if started right after exposure.

Despite being put to rest, the fox continues to garner quite a bit of attention, even having multiple Twitter accounts. A pinned post on @thecapitolfox includes a statement claiming innocence and asking for the fox’s release.

The Humane Society of the United States: “What to do about foxes.”