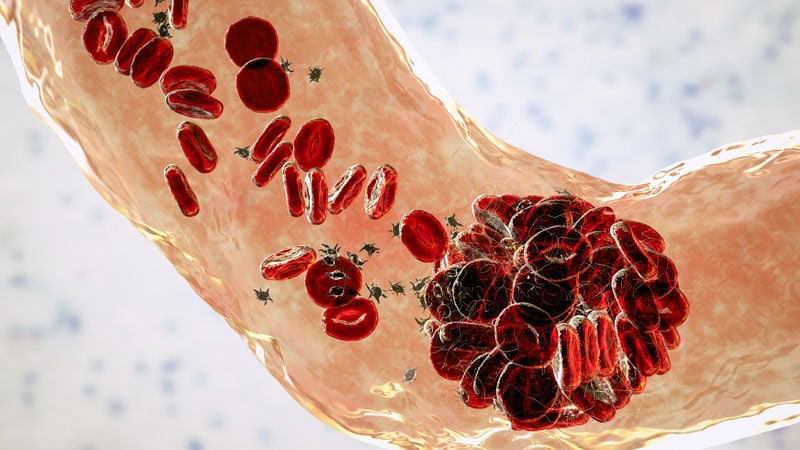 The results of SWIFT-DIRECT and DIRECT-SAFE were published online June 22 in The Lancet.

“The case appears closed. Bypass intravenous thrombolysis is highly unlikely to be non-inferior to standard care by a clinically acceptable margin for most patients,” writes Pooja Khatri, MD, MSc, Department of Neurology, University of Cincinnati, Ohio, in a linked comment.

SWIFT-DIRECT enrolled 408 patients (median age 72; 51% women) with acute stroke due to large vessel occlusion admitted to stroke centers in Europe and Canada. Half were randomly allocated to thrombectomy alone and the other half to intravenous alteplase and thrombectomy.

“Furthermore, we could demonstrate that overall reperfusion rates were extremely high and yet significantly better in patients receiving intravenous thrombolysis plus thrombectomy than in patients treated with thrombectomy alone, a finding which has not been shown before,” Fischer said.

There was no significant difference in the risk of symptomatic intracranial bleeding (3% with combination therapy and 2% with thrombectomy alone).

Based on the results, in patients suitable for thrombolysis, skipping it before thrombectomy “is not justified,” the study team concludes.

Functional independence (modified Rankin Scale 0-2 or return to baseline at 90 days) was more common in the bridging group (61% vs 55%).

“There has been concern across the world regarding cost of treatment, together with fears of increasing bleeding risk or clot migration with intravenous thrombolytic,” lead investigator Peter Mitchell, MBBS, director, NeuroIntervention Service, The Royal Melbourne Hospital, Parkville, Victoria, Australia, told Medscape Medical News.

“We showed that patients in the bridging treatment arm had better outcomes across the entire study, and especially in Asian region patients” and therefore remains “the gold standard,” Mitchell said.

To date, six published trials have addressed this question of endovascular therapy alone or with thrombolysis — SKIP, DIRECT-MT, MR CLEAN NO IV, SWIFT-DIRECT and DIRECT-SAFE.

Fischer said the SWIFT-DIRECT study group plans to perform an individual participant data meta-analysis known as Improving Reperfusion Strategies in Ischemic Stroke (IRIS) of all six trials to see whether there are subgroups of patients, in whom thrombectomy alone is as effective as thrombolysis plus thrombectomy.

Subgroups of interest, he said, include patients with early ischemic signs on imaging, those at increased risk for hemorrhagic complications, and patients with a high clot burden.

SWIFT-DIRECT was funding by Medtronic and University Hospital Bern. DIRECT-SAFE was funded by Australian National Health and Medical Research Council and Stryker USA. A complete list of author disclosures is available with the original articles.