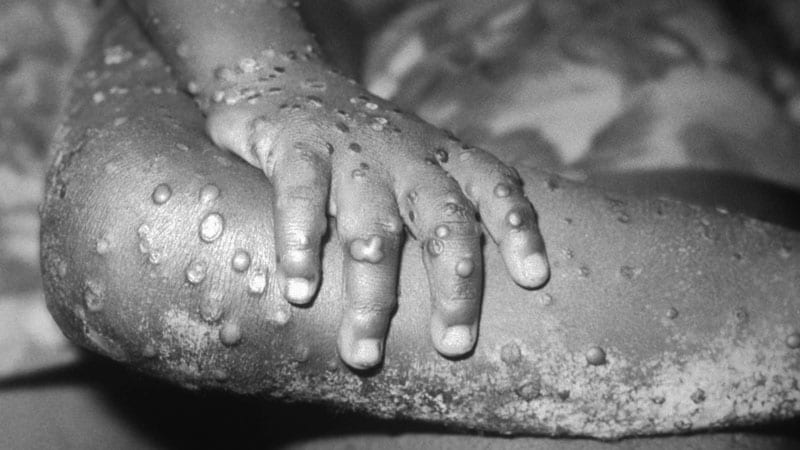 In what may be the first US monkeypox case of the year, the Massachusetts Department of Public Health on Wednesday said a case of the rare skin disease had been detected in a man.

He is being treated at Massachusetts General Hospital in Boston and is in good condition. Contact tracing has started, and there’s no threat to the general public, the department said in a news release. The man had recently traveled to Canada.

The man has been hospitalized since May 12, and the diagnosis took 6 days to make because the disease is so rare, CBS News reported.

“I would emphasize that historically, this has been a rare disease with very rare transmission around the world,” said Paul Biddinger, MD, director of the Center for Disaster Medicine at Massachusetts General, according to CBS News.

“What we have seen in the United Kingdom, in Spain, and in Europe has been novel, and that gives us cause for concern. But I think, appropriately, people should not be afraid of monkeypox right now. The current patient is of no public health risk right now. People should just be aware of symptoms, but not be afraid in any way.”

The United Kingdom Health Security Agency said the number of cases in the UK has grown from seven to nine since May 6, with recent cases mostly in gay or bisexual men, or men who have sex with men.

Monkeypox is not known to be sexually transmitted but can be passed through close personal contact, the agency said. The two new cases are not linked to nations where monkeypox is endemic.

“These latest cases, together with reports of cases in countries across Europe, confirms our initial concerns that there could be spread of monkeypox within our communities,” Susan Hopkins, MD, chief medical adviser for the Health Security Agency, said in a news release.

The Center for Infectious Disease Research and Policy said health authorities in Spain issued a nationwide alert after detecting 23 cases compatible with a monkeypox diagnosis. In Portugal, five cases have been confirmed, with 15 other cases being investigated.

All the cases in Portugal and Spain are in men, the center said. None of the Portugal cases had links to the UK or nations where monkeypox is endemic.

Human cases outside Africa are rare. Two monkeypox cases were detected in the US in 2021, both linked to travel to Africa.

Monkeypox has symptoms that are like those of smallpox, which was declared eradicated in 1980, but are typically milder. People often get flu-like symptoms and a rash, particularly on the palms of the hands.