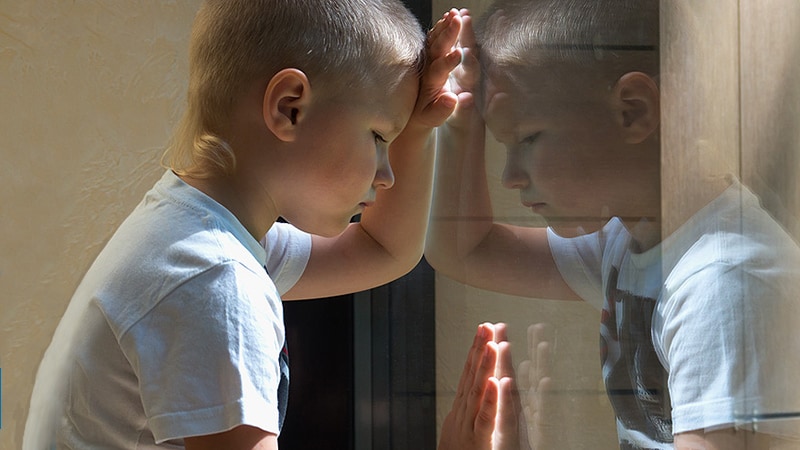 Exposure to deprivation in early life was significantly associated with impaired executive functioning in children and adolescents, based on data from a systematic review and meta-analysis of 91 studies.

Previous research has shown connections between early-life adversity (ELA) and changes in psychological, cognitive, and neurobiological development, including increased risk of anxiety, depression, attention-deficit/hyperactivity disorder, conduct disorder, suicidality, and substance use disorder; however, research focusing on the associations between different types of ELA and specific processes is limited, wrote Dylan Johnson, MSc, of the University of Toronto and colleagues.

“We directly addressed this gap in the literature by examining the association between the type of ELA and executive functioning in children and youth,” they said.

In a study published in JAMA Pediatrics, the researchers identified 91 articles including 82 unique cohorts and 31,188 unique individuals aged 1-18 years.

The articles were selected from Embase, ERIC, MEDLINE, and PsycInfo databases and published up to Dec. 31, 2020. The primary outcomes were measures of the three domains of executive functioning: cognitive flexibility, inhibitory control, and working memory. To correct for small sample sizes in some studies, the researchers standardized their measures of association into Hedges g effect sizes.

Overall, the pooled estimates of the association of any childhood adversity with the three domains of executive functioning showed significant heterogeneity, with Hedges g effects of –0.49 for cognitive flexibility, –0.39 for inhibitory control, and –0.47 for working memory.

The researchers also examined a subsample of ELA–executive functioning associations in categories of early-life exposure to threat, compared with early-life deprivation, including 56 of the original 91 articles. In this analysis, significantly lower inhibitory control was associated with deprivation compared to threat (Hedges g –0.43 vs. –0.27). Similarly, significantly lower working memory was associated with deprivation, compared with threat (Hedges g –0.54 vs. Hedges g –0.28). For both inhibitory control and working memory, the association of adversity was not moderated by the age or sex of the study participants, study design, outcome quality, or selection quality, the researchers noted.

No significant difference in affect of exposure threat vs. deprivation was noted for the association with cognitive flexibility. The reason for this discrepancy remains unclear, the researchers said. “Some evidence suggests that individuals who grow up in unpredictable environments may have reduced inhibitory control but enhanced cognitive flexibility,” they noted.

However, the overall results suggest that exposure to deprivation may be associated with neurodevelopmental changes that support the development of executive functioning, they said.

The study findings were limited by several factors, including the substantial heterogeneity in the pooled estimates and the need to consider variation in study design, the researchers noted. In addition, the cross-sectional design of many studies prevented conclusions about causality between ELA and executive functioning, they said.

“Future research should explore the differences between threat and deprivation when emotionally salient executive functioning measures are used,” the researchers emphasized. “Threat experiences are often associated with alterations in emotional processing, and different findings may be observed when investigating emotionally salient executive functioning outcomes,” they concluded.

The study is “critical and timely” because of the impact of the COVID-19 pandemic on children’s exposure to deprivation, the authors said. “Many children have experienced the death of family members or friends, food and housing insecurity owing to the economic recession, school closures, loss of critical support services, and increased isolation because of social distancing measures,” and these effects are even greater for children already living in poverty and those with developmental disabilities, they noted.

More resources are needed to develop and implement ELA prevention policies, as well as early intervention plans, the editorialists said.

“Early intervention programs have a great potential to reduce the risk of ELA and promote executive functioning development,” they said. “These programs, such as family support and preschool services, are viable solutions for children and their families,” they added. Although the pandemic prevented the use of many support services for children at risk, the adoption of telehealth technology means that “it is now more feasible for cognitive rehabilitation experts to implement the telehealth technology to train parents and school staff on how to assist with the delivery of interventions in real-world settings and how to promote executive functioning in daily life,” they noted.

Overall, the study findings highlight the urgency of identifying ELA and implementing strategies to reduce and prevent ELA, and to provide early intervention to mitigate the impact of ELA on executive function in children, the editorialists emphasized.

“At this point, there are data demonstrating the significant impact that adverse childhood experiences have on health outcomes – from worsened mental health to an increased risk for cancer and diabetes,” said Kelly A. Curran, MD, of the University of Oklahoma Health Sciences Center, Oklahoma City, in an interview.

“Physicians – myself included – tend to lump all these experiences together when thinking about future health outcomes,” Curran said. “However, there are evolving data that neurocognitive outcomes may be different based on the type of early-life adversity experienced. This meta-analysis examines the risk of different neurocognitive impact of threat versus deprivation types of adversity, which is important to pediatricians because it helps us to better understand the risks that our patients may experience,” she explained.

“The results of this meta-analysis were especially intriguing because I hadn’t previously considered the impact that different types of adversity had on neurocognitive development,” said Curran. “This study caused me to think about these experiences differently, and as I reflect on the patients I have cared for over the years, I can see the difference in their outcomes,” she said.

Many barriers persist in addressing the effects of early-life deprivation on executive function, Curran said.

“First are barriers around identification of these children and adolescents, who may not have regular contact with the medical system. Additionally, it’s important to provide resources for parents and caregivers – this includes creating a strong support network and providing education about the impact of these experiences,” she noted. “There are also barriers to identifying and connecting with what resources will help children at risk of poor neurodevelopmental outcomes,” she added.

“Now that we know that children who have experienced early-life deprivation are at increased risk of worsened neurodevelopmental outcomes, it will be important to understand what interventions can help improve their outcomes,” Curran said.

The study was supported by a Connaught New Researcher Award from the University of Toronto. The researchers had no financial conflicts to disclose.

Slomine disclosed book royalties from Cambridge University Press unrelated to this study. Curran had no financial conflicts to disclose, but serves on the Pediatric News Editorial Advisory Board.