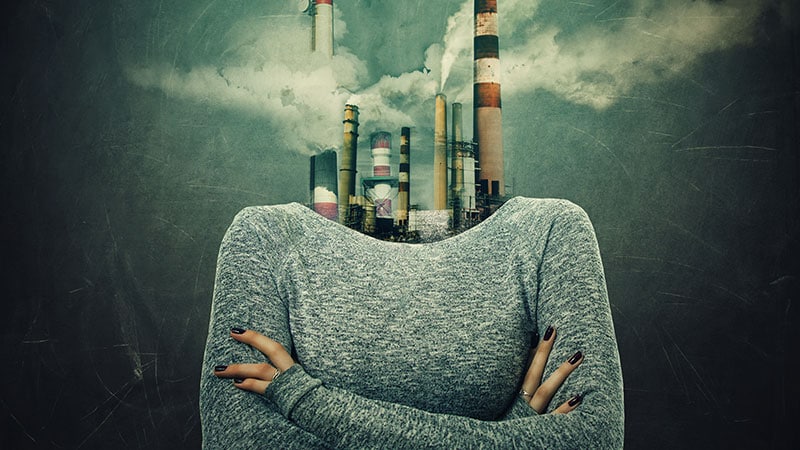 The topic of discussion at the United Nations (UN) Climate Change Conference in Sharm El-Sheikh, Egypt, was how the consequences of climate change may be mitigated. To date, the discussion has been focused on the environment, living conditions, and people’s physical health. However, the effects on the mind are no less dramatic, emphasizes the German Association for Psychiatry, Psychotherapy, and Psychosomatics (DGPPN). The DGPPN Climate and Mind task force has established what is known about the connection between the mind and climate change and is calling on political leaders to act.

Warnings against the effects of climate change on mental health are nothing new. As early as 2017, for example, the psychologist Maxie Bunz, PhD, and the psychiatrist Hans-Guido Mücke, MD, from the German Environment Agency in Berlin, Germany, indicated in the Bundesgesundheitsblatt (Federal Health Gazette) that climate change does not just cause physical harm, but also can impose a mental burden. Even tackling the topic of climate change, which is perceived as a threat similar to terrorism and nuclear war, triggers anxiety, distress, and depression, especially in young women who are highly environmentally conscious. In the English-speaking world, the term “eco-anxiety” is used, which describes the anxiety caused by imminent changes to the environment.

According to Bunz and Mücke, natural catastrophes can lead to post-traumatic stress disorders (PTSD) in this way. For example, after Hurricane Katrina in New Orleans, Louisiana, in 2005, around 30% of people surveyed said they were suffering from PTSD, and those affected were primarily women, unmarried people, people with a poor level of education, and those with a low socioeconomic status. In European studies, too, symptoms of PTSD have been more frequently observed in the victims of extreme weather events, such as flooding. Women and people with a lower income or without a job are more frequently affected here, also. In addition, excessive heat can trigger aggressive behavior, which is then observed in the workplace, when commuting, on the highways, or in schools. Extreme weather events such as torrential rain can also foster this aggression.

Because of increased suicides due to the heat, PTSD as a result of extreme weather events, or new syndromes such as eco-distress or solastalgia (the feeling of sadness caused by environmental loss), the DGPPN is now also stressing that climate change will endanger mental health directly and indirectly and predicts that the need for psychiatric therapy and psychotherapy will rise. Psychiatry and psychiatrists will have to adapt to this situation. So far, the health system has not been prepared.

With the “Berlin Declaration on Climate Change and Mental Health,” the experts are calling on political leaders to act right away. The necessary framework must be created today to safeguard psychiatric care, even in the event of a climate crisis, according to a communication from the DGPPN. The promotion of health must be prioritized in all areas of policy, and psychological health must be consistently included. The health system must be equipped for the increased need. At the same time, those working in psychiatry are committed to contributing their efforts to tackling the enormous challenges and to making psychiatry sustainable and climate neutral. By their own account, the DGPPN also wants to advocate for climate neutrality even more consistently in the future.

A new position paper, “Climate and Mind,” serves as a guideline to action. Aside from the current state of research, this paper also compiles checklists and collections of material for clinics and practices. “Psychiatry as a discipline can do its part to influence climate change and its consequences. In particular, we as psychiatrists and psychotherapists can crucially contribute to ensuring that the population can confront the imminent burdens in a stable mental condition,” said DGPPN Past President Andreas Heinz with regard to the possibilities in psychiatry.

The designated DGPPN President Andreas Meyer-Lindenberg added, “Every additional signature under the ‘Berlin Declaration’ is an indication that psychiatry is taking on responsibility for the future.”

The following are the most important positions:

This article was translated from Univadis Germany.