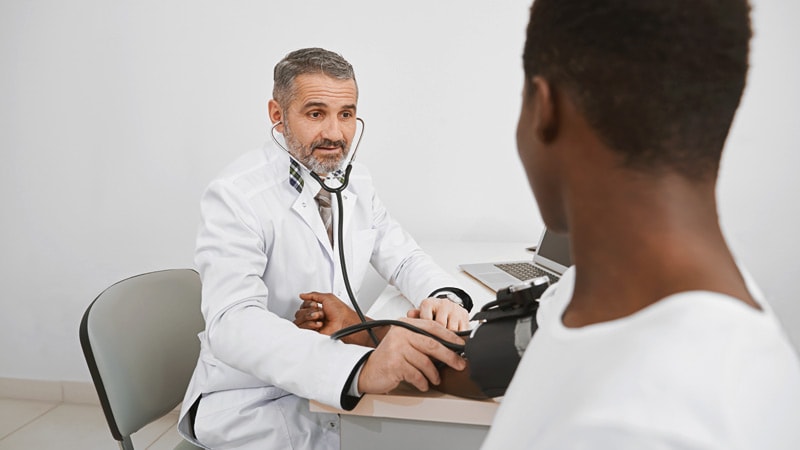 Trishna Bharadia has multiple sclerosis and works as a patient engagement consultant and is often asked to participate in clinical trials. Mostly, though, she turns them down. She has to; a resident of rural England, Bharadia lives hours away from most clinical trial sites. Even if one were closer, the medical care typically requires time off work, which is hard for her to get.

Bharadia participated in one trial to identify the best type of physical exercise for people with MS shortly after she was diagnosed in 2008. But she hasn’t been able to participate in any other research studies since.

Finding participants to fill trials is often one of the biggest stumbling blocks in medical research. Nearly 80% of trials don’t meet enrollment deadlines.

And although 70% of Americans say patients should have more opportunities to be a part of research, no more than 5% of cancer patients, for example, ultimately participate. It’s why Bharadia and a growing group of health advocates and physicians have been pushing for a new kind of clinical trial.

Unlike standard clinical trials, which require a person to travel to a central testing facility for everything from bloodwork to medication administration to follow-up, remote trials use a combination of telemedicine, home health, and other technologies to bring the trial to the patient.

“There’s potential here to open up accessibility to clinical research because I’m not the only one that finds it difficult to travel to sites,” Bharadia says.

Although these types of trials are more than a decade old, Andrea Coravos, Co-Founder and CEO at HumanFirst, a software platform designed to expand access to research and healthcare, says that the pandemic has galvanized interest, both from pharmaceutical company sponsors and regulators.

Supporters of decentralized trials say the new approach will help democratize clinical trial participation and make it easier to participate. That doesn’t just mean for patients, says Craig Lipset, co-chair of the Decentralized Trials and Research Alliance, but also for physicians, who can be part of trials from their own offices. The result, he says, is a complete reimagining of clinical research.

“If this works, this will create a new way for us to engage with physicians,” Lipset says. “What we need to focus on is giving people choice about how to participate.”

For nearly 80 years, clinical trials have formed the backbone of medicine advancing life-saving medications. Despite the field’s unquestionable success, traditional clinical trials aren’t without drawbacks. They typically take years to run and can cost hundreds of millions of dollars, all with a 90% failure rate.

One of the reasons that trials fail is the drugs simply don’t work. But a lack of adequate participation is actually the most common reason a clinical trial is stopped early, according to a 2021 paper in the journal BMC Trials.

Like many drug companies, Pfizer wanted a clinical trial option that was easier, faster and cheaper. The rise of mobile technologies meant that in 2011, the pharma giant could launch its first fully remote trial of an already-approved drug tolterodine tartrate called Detrol LA used to treat overactive bladder.

Despite early enthusiasm from both Pfizer and the US Food and Drug Administration, the trial called REMOTE revealed that decentralization alone wasn’t going to cure all that ails clinical trial work. After several months, the new trial folded because it still couldn’t recruit enough women with severe bladder issues.

These early challenges cast a pall over the idea of decentralized trials, and the field returned to the drawing board to re-think a way forward. The rise of smartphones and wearable health trackers brought this technology to more homes and increased comfort with the idea of using technology as a part of everyday health care.

Increasingly, Lipset says, the idea of using fitness trackers and smartphone apps as part of clinical trials looked less like a pie-in-the-sky dream and more like a realistic option.

Remote trials were already poised to make a comeback when the pandemic struck. As the world screeched to a halt in early 2020, clinical trials were no exception. Amir Kalali, who had co-founded the Decentralized Trials and Research Alliance with Lipset, was inundated with calls from former colleagues about how to pivot existing trials to the new, suddenly remote, world. Almost overnight, decentralizing trials had become a necessity.

“People act not when they see the light, but when the feel the heat,” Kalali says. COVID-19 provided that heat.

In the past two years, says Sally Okun, Executive Director of the Clinical Trials Transformation Initiative, remote trials have become a permanent part of the clinical trial landscape and their influence continues to grow.

Openness to these types of trials from regulators in the United States, Europe, and around the globe has led to greater investments in this sphere, showing that decentralized trials are not just here to stay, but have become a major player in the clinical trials landscape.

“The clinical trial ecosystem can be built more around the patients themselves and the participants involved in the studies versus building it around the trial and having everyone accommodate that,” Okun says.

The remote trial company THREAD is a digital health platform that supports telemedicine for clinical research and is now working with Amazon Web Services. The goal of teaming up, says THREAD’s CEO, John Reites, is to improve the quality and speed at which clinical trials are conducted, and to help make these types of trials the norm.

The rise of decentralized trials doesn’t mean the end of brick-and-mortar trial sites or academic medical centers as hubs of research, Lipset stresses. The goal of decentralization has never been to remove traditional trials but to add other options to them, like how many schools have created hybrid learning options that allow students to combine on-campus and distance learning. Not everyone wants a home health aide visiting their home or feels comfortable using an app or fitness tracker to monitor heart rate. Instead, these devices should help enable participation by those who want to be part of a trial but wouldn’t otherwise be able to participate.

The trials offer opportunities not just to participants but also to physicians, who have typically been shut out of research. “Most physicians never go anywhere near a clinical trial after leaving their fellowship,” says Irfan Khan, Founder and CEO of Circuit Clinical. “There’s a paucity of doctors doing research and a concentration of where work gets done.”

Khan says that this will help integrate clinical research into standard medical care. And since most patients hear about trials from their physician, it will enable more people to hear about opportunities in the first place.

The newness of this approach means that much remains unknown about remote trials. Although regulators have provided draft guidance on these trials, it won’t be until agencies can dig into the data that scientists will know whether they passed or failed. Nor is it clear whether the quality of the data collected by patients on phones and wearables will be of the same caliber as that obtained in clinics. The abrupt shift to remote data collection during COVID-19 gives scientists a chance to compare measurements, Kalali says.

For Bharadia and patients like her, the shift can’t come soon enough. “It will be a learning process,” she says, “But you don’t get anywhere by saying this is too difficult. We need to find a way to do it.”