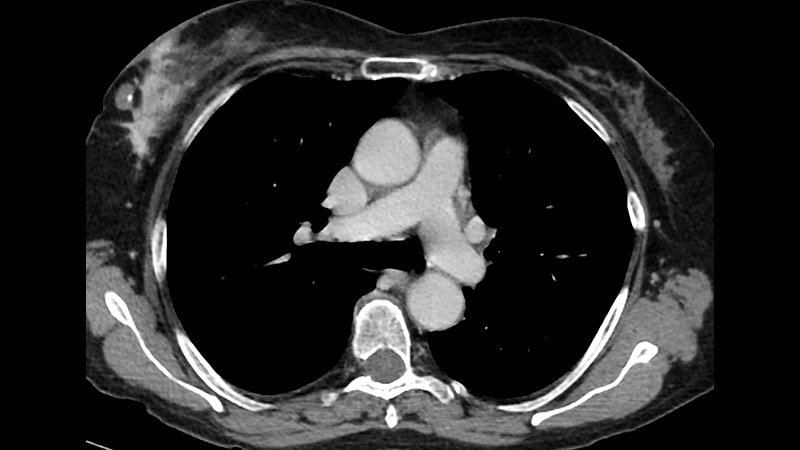 Evolution in the management of cystic fibrosis has led to more patients surviving to adulthood, but data on the trends and comorbidities in adult patients, and the impact of disparities in access to care, have not been explored, according to a new review article.

The surge in cystic fibrosis (CF) among adults is likely attributable to increased life expectancy for children with the disease, as well as adults, and the adult population now comprises 50%–60% of CF patients in most countries with established CF care, wrote

Pierre-Régis Burgel, MD, of the University of Paris, France, and colleagues. This increase occurred before the advent of CFTR modulators, “which will likely further extend survival in the CF population,” they said.

In an article published last month in the journal Chest, the researchers examined trends and challenges for CF in older patients.

Notably, comparisons of multinational registries revealed significant differences in prognosis for CF between high-income countries with well-established CF care and low-and middle-income countries with less developed CF care systems. The researchers cited a 2010 study in The Lancet in which the proportion of adults with CF was 44% in European Union countries vs 25% in non-EU countries (Lancet. 2010;375:1007-1013). “The proportion of adults with CF is closely related to health expenditure per capita, which can be used as a proxy indicator for the quality of CF care,” they write.

CF care in older adults becomes more complex as patients age and develop pulmonary manifestations of disease such as hemoptysis, pneumothorax, advanced lung disease, and respiratory failure, the researchers wrote. “Further, the combination of ageing with the recent availability of highly effective CFTR modulators for large number of patients will likely results in changes in the spectrum of comorbidities,” they say. Some examples include excessive weight gain and systemic hypertension in patients treated with CFTR modulators, as well as dyslipidemia, they said.

Meeting the Challenge with Treatment Centers

To meet the challenges of managing CF in adults, the researchers advised the creation of more dedicated CF treatment centers. The diversity of subpopulations of adults with CF emphasizes the need for comprehensive, multidisciplinary care. Differences in CF phenotypes are likely to increase “depending on the timing of exposure to multidisciplinary CF care, CFTR modulators and lung transplantation,” the researchers say. Early exposure to symptomatic, multidisciplinary care has contributed to the increase in life expectancy for CF. “The proportion of people with CF in the United States with normal lung function at age 18 increased from less than 20% to approximately 50% between 1989 and 2019,” they write.

Consequently, “The current model of CF care may need to adapt to less symptomatic patients who will likely be reluctant to come to the hospital on a quarterly basis,” the researchers explain. However, these patients will still require monitoring to track possible long-term adverse effects of CFTR modulators, including weight gain and metabolic syndrome, and to monitor disease progression in patients with fewer respiratory symptoms.

In addition, lung transplantation remains an option for CF patients with advanced lung disease and uncontrolled respiratory failure, and it is important to maintain access to specialized experts for these patients, the researchers said.

“Novel challenges are likely to emerge over the next few years and will require adjustments to match an ever-increasing number of adults with CF and changes in patient phenotypic presentation,” they conclude.

The study received no outside funding. Lead author Burgel disclosed personal fees/grants from AstraZeneca, Boehringer Ingelheim, Chiesi, GlaxoSmithKline and other pharmaceutical companies. He also disclosed serving as a member of the Strategic Committee of the French CF Registry and the Scientific Committee of the European CF Society patient registry.