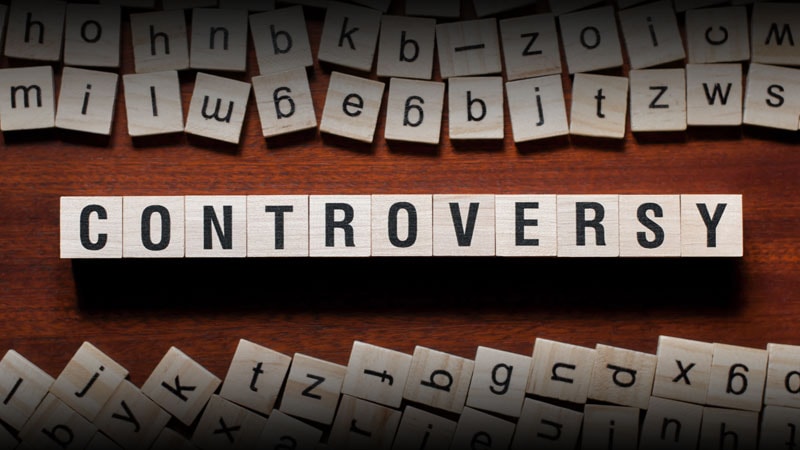 A long-standing request to clarify data irregularities in a 2021 ISCHEMIA substudy resulted in the publication of one correction, with a second correction in the works.

Further, the lone cardiac surgeon on the ISCHEMIA trial steering committee, T. Bruce Ferguson, MD, has resigned from the committee, citing a series of factors including an inability to reconcile data in the substudy and two additional ISCHEMIA papers currently under review.

Circulation published a correction for the substudy on May 20, explaining that a “formatting error” resulted in data being incorrectly presented in two supplemental tables. It does not mention the surgeons’ letter to the editor, which can be found by clicking the “Q” icon below the paper.

Bakaeen, from the Cleveland Clinic, and Sabik, from University Hospitals Cleveland Medical Center, told theheart.org | Medscape Cardiology that they submitted a second letter to editor on May 23 stating that “significant discrepancies” persist.

For example, 7.2% of participants (179/2475) had moderate stenosis in one coronary vessel in the corrected Reynolds paper (Supplemental Tables I and II) vs 23.3% (697/2986) in the primary ISCHEMIA manuscript published in April 2020 in the New England Journal of Medicine (Table S5).

The number of patients with left main ≥ 50% stenosis is, surprisingly, identical in both manuscripts, at 40, they said, despite the denominator dropping from 3845 participants in the primary study to 2475 participants with an evaluable modified Duke Prognostic Index score in the substudy.

The number of participants with previous coronary artery bypass surgery (CABG) is also hard to reconcile between manuscripts and, importantly, the substudy doesn’t distinguish between lesions bypassed with patent grafts and unbypassed grafts or those with occluded grafts.

“The fact that the authors are working on a second correction is appreciated but with such numerous inconsistencies, at some point you reach the conclusion that an independent review of the data is the right thing to do for such a high-profile study that received over $100 million of National Institutes of Health support,” Bakaeen said. “No one should be satisfied or happy if there is any shadow of doubt here regarding the accuracy of the data.”

She noted, as does the correction, that the data were correctly reported in the main manuscript tables and figures and in the remainder of the supplement.

Reynolds also said they’re in the process of preparing the data for “public sharing soon,” including the Duke Prognostic score at all levels. Reynolds had not responded by the time of this publication to a request for further details or a timeline.

The surgeons’ first letter to the editor was rejected because it was submitted outside the journal’s 6-week window for letters and was posted as a public comment April 18 via the research platform, Remarq.

Bakaeen said they were told their second letter was rejected because of Circulation’s “long-standing policy” not to publish letters to the editor regarding manuscript corrections.

Circulation editor-in-chief Joseph A. Hill, MD, PhD, UT Southwestern Medical Center, Dallas, told Medscape via email that the journal will update its online policies to more clearly state its requirements for publication, and that it has been fully transparent with Bakaeen and Sabik regarding where it’s at in the current process.

He confirmed that the surgeons were told in a June 1 letter that “after additional review, the authors have determined that whereas there are no errors, an additional minor correction is warranted to clarify the description of the study population and sample size. This correction will be published soon.”

Hill thanked Bakaeen and Sabik for bringing the matter to their attention and said, “It is also important to note that both updates to the Reynolds et al paper are published as Corrections. However, the results and conclusions of the paper remain unchanged.”

The trial reported no significant benefit with an initial invasive strategy over medical therapy in stable patients with moderate or severe CAD. European guidelines, however, give CABG a class I recommendation for severe three- or two-vessel disease with proximal left anterior descending (LAD) involvement.

Sabik and Bakaeen say patients with severe three- or two-vessel disease with proximal LAD involvement were underrepresented in the randomized trials cited by the guidelines, but are the typical CABG patients in modern-day practice.

“That is why it is important to determine the severity of CAD accurately and definitively in ISCHEMIA,” Bakaeen said. “But the more we look at the data, the more errors we encounter.”

Two US surgical groups that were part of the writing process withdrew support for the revascularization guidelines, as did several international surgical societies, citing the data used to support the changes as well as the makeup of the writing committee.

Ferguson, now with the medical device manufacturer Perfusio Corp., said he resigned from the ISCHEMIA steering committee on May 8 after being unable to accurately reconcile the ISCHEMIA surgical subset data with the Reynolds substudy and two other ISCHEMIA papers on the CABG subset. At least one of those papers, he noted, was being hurriedly pushed through the review process to counter concerns raised by surgeons regarding interpretation of ISCHEMIA.

“This is the first time in my lengthy career in medicine where a level of political agendaism was actually driving the truck,” he said. “It was appalling to me, and I would have said that if I was an interventional cardiologist looking at the results.”

ISCHEMIA results have also been touted as representing state-of-the-art care around the world, but that didn’t appear to be the case for the surgical subset where, for example, China and India performed most CABGs off pump, and globally there was considerable variation in how surgeons approached surgical revascularization strategies, Ferguson said. “Whether this variability might impact the guideline discussion and these papers coming out remains to be determined.”

He noted that the study protocol allowed for the ISCHEMIA investigators to evaluate whether the variability in the surgical subset influenced the results by comparing the data to that in the Society of Thoracic Surgeons registry, but this option was never acted upon despite being brought to their attention.

“Something political between 2020 and 2022 has crept into the ISCHEMIA trial mindset gestalt and I don’t like it,” Ferguson said. “And this can have enormous consequences.”

Asked whether their letters to Circulation are being used to undermine confidence in the ISCHEMIA findings, Sabik replied, “It is not about undermining ISCHEMIA, but understanding how applicable ISCHEMIA is to patients having CABG today. Understanding the severity of the CAD in patients enrolled in ISCHEMIA is, therefore, necessary.”

“The authors and Circulation have admitted to errors,” he said. “We want to be sure we understand how severe the errors are.”

“This is just about accuracy in a manuscript that may affect patient treatment and therefore patient lives. We want to make sure it is correct,” Sabik added.