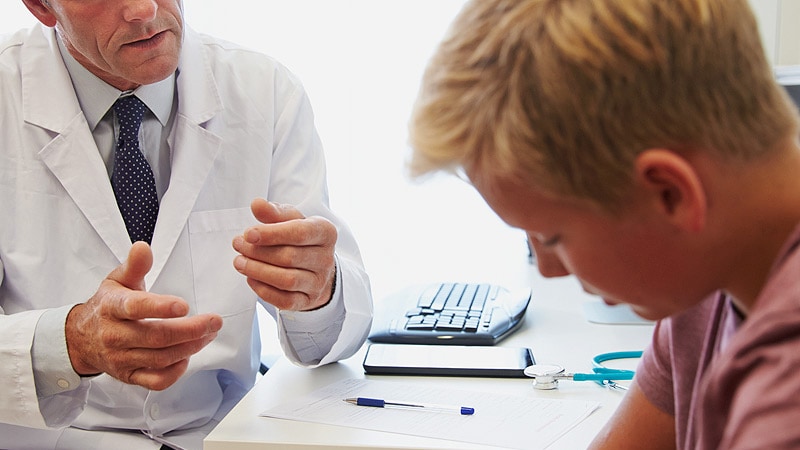 Screening adolescents for signs of depression does not reduce their emergency department visits, hospitalizations, or treatment for suicidal behaviors, according to research published on July 8 in Preventive Medicine. Adolescents who underwent a depression screening were just as likely to need these services as those who did not.

In 2016, the US Preventive Services Task Force recommended that adolescents aged 12–18 years be screened for major depressive disorder, provided that effective treatment options and follow-up strategies are in place.

“The main goal of depression screening is really to reduce adverse psychiatric outcomes. But I think a collateral hope is that, in reducing these adverse psychiatric outcomes, you would also reduce avoidable health services use,” such as emergency department visits or hospitalizations, said Kira Riehm, PhD, a postdoctoral fellow in epidemiology at Columbia University Mailman School of Public Health, New York City, who led the research. Riehm designed the new study, which was part of her doctoral work at the Johns Hopkins Bloomberg School of Public Health, to test this premise.

The researchers used diagnostic codes from a database of insurance claims to determine who had undergone depression screening. They then compared use of emergency department services, inpatient hospitalizations, and the number of treatments for suicidal behaviors between the two groups for the 2 years following the wellness visit.

The researchers estimate that a high majority of adolescents in the sample were White (83%). Black persons represented 7% of the sample; Hispanic/Latino, 5%; and Asian, 3%. Insurance claims don’t always include racial and ethnicity data, Riehm said, so her group statistically imputed these proportions. The claims data also do not include details about which type of screening tool was used or the results of the screening, such as whether a teen exhibited mild or severe depression.

Adolescents in both groups were just as likely to go to the emergency department for any reason, be admitted to the hospital for any reason, or undergo treatment for suicidal behaviors. The researchers observed a slight association between being screened for depression and going to the emergency department specifically for a mental health reason (relative risk, 1.16, 95% CI, 1.00 – 1.33). The sex of the adolescents had no bearing on whether they used these services.

“I think people think of [depression screening] as one event. But in reality, screening is a series of different events that all have to be happening in order for a screening program to work,” Riehm told Medscape Medical News.

These events could include ensuring that adolescents who exhibit signs of depression receive a proper assessment, receive medications if needed, and have access to psychotherapists who can help them. Without these supports in place, she said, a one-off depression screening may have limited benefit.

“There’s a lot of places where people could drop out of that care continuum,” Riehm said.

“One-time screening may not be enough,” said Trân Đoàn, PhD, MPH, a postdoctoral researcher in the University of Pittsburgh Department of Pediatrics.

Đoàn, who was not involved in the research, noted that the American Academy of Pediatrics recommends annual screening of all adolescents for depressive symptoms. Given that only 5% of the visits in this sample included any kind of depression screening, Đoàn said, some pediatric practices may not have felt they had the resources to adequately address positive screenings for depression.

Both Riehm and Đoàn are focusing on the link between depression screening and health outcomes. In her own doctoral work at the University of Michigan, Đoàn modeled the effects of universal annual depression screening in primary care settings on the health status of people aged 12–22 years. She is currently preparing this work for publication.

“I did find that over the long term, there is improvement in health outcomes if we were to screen on an annual basis,” provided improved screening is coupled with comprehensive treatment plans, Đoàn said. The model’s health outcomes measures included an increase in life expectancy as well as a greater proportion of depression-free days among adolescents who receive appropriate treatment.

Riehm and Đoàn have disclosed no relevant financial relationships.

Marcus A. Banks, MA, is a journalist based in New York City who covers health news with a focus on new cancer research. His work appears in Medscape, Cancer Today, The Scientist, Gastroenterology and Endoscopy News, Slate, TCTMD, and Spectrum.