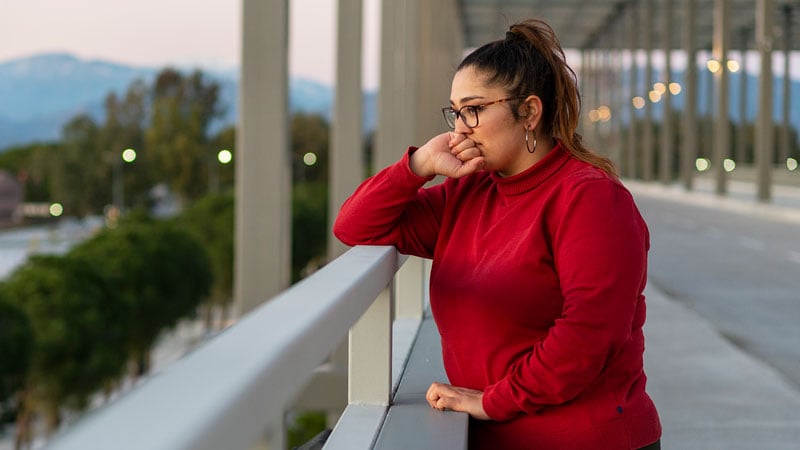 More than 50% of obese adolescents met criteria for depression, which also was associated with several components of metabolic syndrome, based on data from 160 individuals.

Previous research shows that the metabolic consequences of obesity are worsened with the coexistence of depression in adults, but a similar relationship in obese adolescents has not been explored, according to Nisha Gupta, a medical student at the University of Texas Health Science Center, Houston, and colleagues.

“This relationship is explained by an overactive stress response and adoption of unhealthy lifestyle habits,” both of which increased during the COVID-19 pandemic, the researchers noted in their abstract.

In a study presented at the Pediatric Academic Societies annual meeting, the researchers reviewed data from 160 obese adolescents seen at a pediatric weight management clinic between July 1, 2018, and Dec. 3, 2021. The data included anthropometric, clinical, and laboratory information. Depression was assessed using the Patient Health Questionnaire–9 (PHQ-9). The goal of the study was to compare the prevalence of metabolic syndrome components in obese youth with and without diagnosed depression.

Teens who reported daytime fatigue or trouble sleeping, and those who reported eating out seven or more times a week had higher scores than those without these reports.

The study findings were limited by the relatively small sample size, the researchers noted. However, the results suggest that depression is common, but often underdiagnosed in obese adolescents, and depression screening should be part of obesity management.

The current study is important because of the overall increase in obesity in the United States, which extends to children and teens, Tim Joos, MD, a Seattle-based clinician with a combination internal medicine/pediatrics practice, said in an interview.

“With skyrocketing rates of obesity among children and teens over the last decades, we are seeing more ‘adult’ diseases seep into the younger ages, including type 2 diabetes, high blood pressure and now, depression,” he said.

“The results are a wake-up call for the need for better system-wide prevention and management of obesity in adolescents and the importance of screening and managing depression in obese teenagers,” he emphasized.