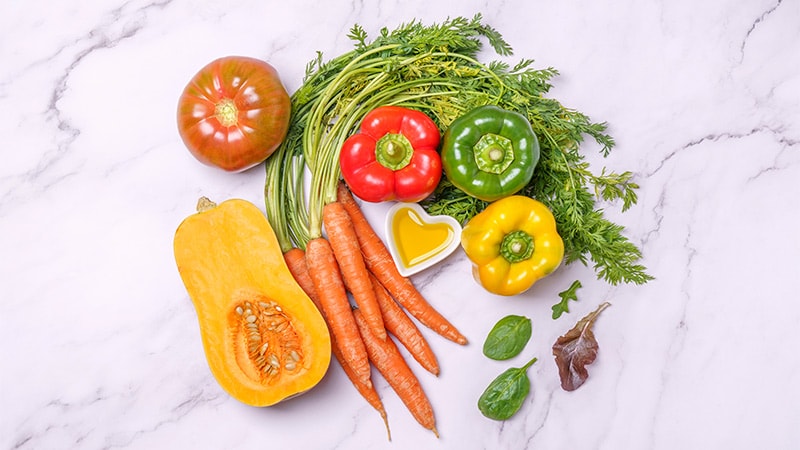 Heart failure (HF) patients with high serum levels of alpha-linolenic acid (ALA) had a better prognosis than those with the lowest levels in an observational study.

ALA is an omega-3 fatty acid that is found mainly in plants, including flaxseed, chia, walnuts, or canola oil.

“The most striking finding to us is the clear difference between patients at the bottom quartile compared to the other 75%, pointing to a threshold on the putative effect of ALA, reinforcing the notion that ‘one size does not fill all,’ ” Aleix Sala-Vila, PharmD, PhD, of the Hospital del Mar Medical Research Institute (IMIM) in Barcelona, told theheart.org | Medscape Cardiology.

The analysis, which was published online October 24 in the Journal of the American College of Cardiology, showed statistically significant reductions in all-cause death, cardiovascular (CV) death, and first HF hospitalization among those in the three upper quartiles of serum ALA levels compared with those in the lowest quartile.

The team’s earlier finding that higher levels of serum phosphatidylcholine eicosapentaenoic acid (PC EPA) and ALA were associated with a lower risk of adverse events in patients with ST-segment elevation myocardial infarction prompted the current study, Sala-Vila said.

Although their findings are hypothesis-generating at this point, he added, “inclusion of some ALA-rich foods, such as walnuts, in the diet of any individual, whether they have HF or not, might translate into CV benefits, besides the putative effect on HF. There is no evidence of any deleterious effect of one daily serving of walnuts, not even on weight gain.”

Sala-Vila and colleagues analyzed data and samples from 905 patients (mean age, 67; 32% women) with HF of different etiologies. ALA was assessed by gas chromatography in serum phospholipids, which reflect long-term dietary ALA intake and metabolism.

Compared with patients at the lowest quartile of ALA in serum phospholipids, those at the three upper quartiles showed a 39% reduction in the risk of the primary endpoint (hazard ratio [HR], 0.61).

By contrast, nonstatistically significant associations were seen for fish-derived EPA, DHA, and the sum of EPA + DHA.

Limitations of the study include its observational nature; a relatively young cohort with reduced or mid-range ejection fraction and stage 2 chronic kidney disease; and no dietary data except for those regarding fatty acids.

“Controversial results from landmark recent trials on omega-3 might have translated into confusion / negative impact on the reputation of these fatty acids,” Sala-Vila noted. “Many factors affect how each participant responds to a certain intervention (precision nutrition), such as genetics, the microbiome and the environment. In this regard, nutritional status ― omega-3 background ― is emerging as a key determinant.”

Commenting on the study for theheart.org | Medscape Cardiology, JoAnn E. Manson, MD, MPH, DrPH, chief of the Division of Preventive Medicine at Brigham and Women’s Hospital in Boston, said the findings “are promising in the context of earlier research on omega-3s.”

Those studies include the landmark GISSI-HF trial, a randomized, controlled trial (RCT) that showed a small benefit of n-3 polyunsaturated fatty acids regarding hospital admissions and mortality among patients with chronic HF, and her team’s VITAL-HF study, which showed a significant reduction in recurrent HF hospitalization with marine omega-3 supplementation vs placebo.

“This may not be a causal association, and the authors acknowledge that they don’t have information on other dietary factors,” Manson said. “It may be that the foods that are leading to this higher blood level of ALA comprise the type of plant-based diet that’s been linked to lower risk of CVD, such as the Mediterranean diet. The findings also could be the result of other factors that aren’t fully controlled for in the analysis, or the participants could be more compliant with their medications.”

Nevertheless, she said, “It’s reasonable to recommend that people with a history of HF or who are at high risk of HF increase their intake of ALA-enriched foods, including canola oil, flaxseed oils, soybeans and soybean oils, and walnuts.

“I think the evidence is promising enough that an RCT of ALA in people with heart failure also would be reasonable,” she added.

Similarly, Abdallah Al-Mohammad, MD, of Northern General Hospital in Sheffield, UK, writes in a related editorial that while a potential role for ALA in improving morbidity and mortality in HF patients cannot be substantiated yet, the findings “open the field to more questions” for which “the judge and jury…shall be prospective randomized controlled trials.”

No commercial funding or relevant conflicts of interest were declared.