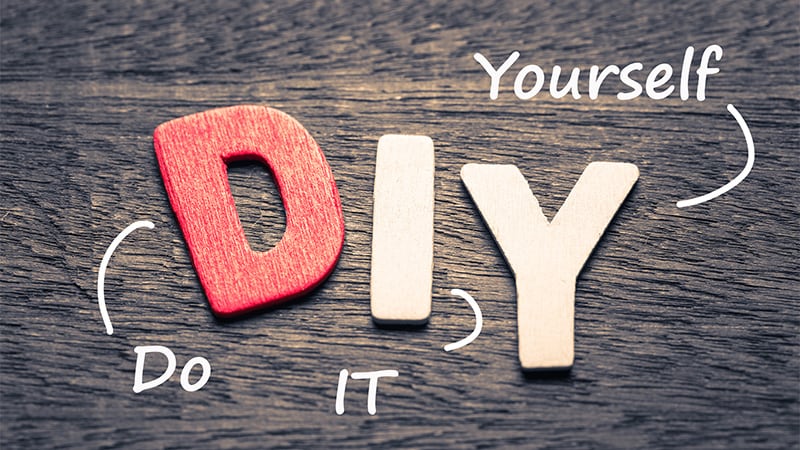 Open-source automated insulin delivery systems appear to be both effective and safe in adults and children, new research finds.

Prior to the availability of commercial AID systems, Dana Lewis, a patient with type 1 diabetes, and her partner co-developed an algorithm that could link older versions of an insulin pump and CGM.

In 2015, they made the code and all related materials open-source, so that anyone who wanted to create their own AID system could do so. Today thousands of people worldwide with type 1 diabetes are using the systems, which are sometimes called “do-it-yourself (DIY)” AID systems although the approach has been community-based.

AID systems are not approved by any regulatory body, and despite several nonrandomized studies demonstrating their effectiveness and safety, there is still concern among some health professionals about their safety. In 2019, the US Food and Drug Administration (FDA) warned against the use of any nonapproved devices or algorithms. (Now, though, at least one open-source AID system algorithm is under FDA review.)

Aimed at addressing those concerns, CREATE (Community Derived Automated Insulin Delivery) is the first randomized controlled clinical trial to compare an open-source AID system to insulin pump therapy and CGM (without any communication between the two) in patients with type 1 diabetes, most of whom were naive to AID systems.

The findings were presented June 6 at the American Diabetes Association 82nd Scientific Sessions by Martin I. de Bock, PhD, FRACP, a pediatric endocrinologist and senior lecturer at the University of Otago, Christchurch, New Zealand.

The study compared the most commonly used open-source AID system (using the OpenAPS algorithm from a version of AndroidAPS implemented in a smartphone with the DANA-i insulin pump and Dexcom G6 CGM) to any insulin pump plus CGM as a comparator group.

The open-source AID system led to a significant reduction in A1c with no major safety issues.

“The acceptance [among clinicians] of open-source systems is diverse and complicated, [with varying] personal comfort levels of seeing someone using an AID system that has no regulatory approval,” de Bock told Medscape Medical News.

“This is one of the reasons that it was so important to conduct the CREATE trial for the many thousands of open-source AID users. Given that the trial demonstrated safety and efficacy using the most robust scientific methodology available — a long-term randomized controlled trial — it may go some way to provide assurance for providers when they are seeing people using an open-source automated system,” he said.

Asked for comment, session moderator Diana Isaacs, PharmD, CDCES, an endocrine clinical pharmacist at the Cleveland Clinic, Ohio, told Medscape Medical News: “There has been concern that these systems aren’t safe, so showing the safety is important. I think people deserve choice. As long as they’re safe, patients should be able to use what they want to use, and we should support them.”

Isaacs pointed out that an advantage of open-source systems over current commercial AIDs for patients is the ability to customize glucose targets, but in CREATE, those targets were established in the protocol by the investigators.

“I think it’s nice having the data, although in the trial they had specific requirements. They had a target range and active insulin time that they were recommending. So it’s a little different than true DIY where you don’t really have those guidelines you have to follow. It is exciting, it’s very interesting, but I wouldn’t say it’s a true mirror of the real world.”

After a 4-week run-in, all patients were randomized to the open-source AID or insulin pump plus CGM for 6 months.

The primary outcome, the adjusted mean difference in percent time-in-range (glucose of 70-180 mg/dL) during the final 2 weeks of the 6-month trial, showed a significant difference of 14% (P < .001) with open-source AID compared with pump plus CGM only.

The proportion of patients achieving time-in-range > 70% with open-source AID was 60% versus just 15% with pump plus CGM.

Glycemic improvements with open-source AID were significant for adults and children and were greater for those with higher baseline A1c levels. The effect was immediate and sustained throughout the study period, “which is super-pleasing, because there was a worry that the technical burden of open source might be [leading to] dropout, but we didn’t see that. It was sustained right through to the end of the trial,” de Bock commented.

Hypoglycemic rates didn’t differ between groups, and there were no episodes of severe hypoglycemia or diabetic ketoacidosis.

No More Waiting: What Is the Future of Open-Source AID?

When the open-source APS was first developed, users coined the motto: “We are not waiting.” But now that the “wait” is over and several commercial AIDs have been approved by regulatory bodies, with others still in the pipeline, will people still use open-source systems?

There are no current data on people moving from DIY to commercial systems. However, de Bock said, “For most who undertook an open-source option, the precision of the settings that they can use and enjoy would mean that most would likely stick to their open source.”

Isaacs agrees: “I actually don’t think it’s going to go away in the near future, because the FDA has very specific criteria for where these [formally approved] devices can be in terms of their target ranges and requirements versus with open source you can really customize. So I still think there’s going to be a subset of people who want that customization, who want the lower targets.”

Dana Lewis, the originator of the DIY system and a CREATE co-author, told Medscape Medical News: “I don’t believe there has been a fall-off, and in fact, I think open-source AID has continued to have ongoing uptake as awareness increases about options and as more pumps and CGMs become interoperable with various open-source AID choices.”

“I think uptake increasing is also influenced by the fact that in places like Europe, Asia, and Australia there are in-warranty on-the-market pumps that are compatible and interoperable with open-source AID. I think awareness of AID overall increases uptake of commercial and open source alike,” she said.

“Clinicians, as emphasized in recent position statements, must maintain support of the person with diabetes, irrespective of the mode of treatment they are on…Healthcare providers should be encouraged to learn from the experiences of the people who have stuck with open-source AID or switched, so that they can inform themselves of the relative strengths and benefits of each system,” de Bock advised.

Lewis noted: “We are seeing increasing awareness and comfort in endocrinologists from the community perspective, and we do hope that this study helps increase conversation and awareness of the safety and efficacy of open-source AID systems as an option for people with diabetes.”

In fact, the team published an article specifically about clinicians’ experience in CREATE. “The learning curve is similar across AID technology,” she observed.

Findings of a 6-month continuation phase of CREATE, in which all participants used the open-source AID, are scheduled to be presented in September at the European Association for the Study of Diabetes (EASD) 2022 annual meeting.

The study was funded by the Health Research Council of New Zealand, with hardware support from SOOIL Developments, South Korea; Dexcom; and Vodafone New Zealand. de Bock has reported receiving honoraria and/or research funding from Novo Nordisk, Sanofi, Pfizer, Medtronic, Lilly, Ypsomed, and Dexcom. Isaacs has reported serving as a consultant for LifeScan, Lilly, and Insulet, and as a speaker for Dexcom, Medtronic, Abbott, and Novo Nordisk. Lewis has reported no relevant financial relationships.