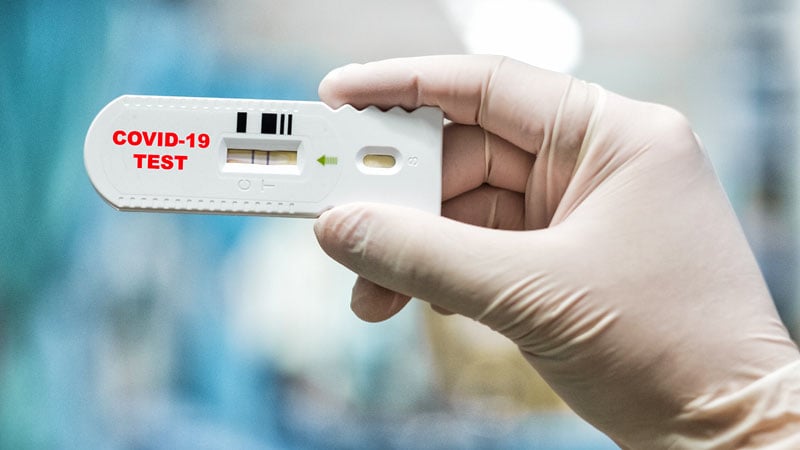 Now, just beyond our first batch of holidays since Christmas and New Year’s Eve — which led to a massive Omicron spike — the medical community is watching closely for a potential rise in cases.

The expectation? There may be a small increase in cases tied to last weekend’s Easter and Passover celebrations, but nothing like what we have seen in the past, doctors predict. It will likely be another week, at least, before we know for sure, as cases tend to come in the days after a holiday.

“Even before the holidays, we were starting to see a little bit of an uptick in cases, and I suspect that may continue because of the holidays and people getting together and spending time with individuals they usually aren’t around,” says Timothy Brewer, MD, a professor of medicine and epidemiology at the UCLA School of Medicine. “But we’re not expecting the big increases like we saw during the winter.”

Although the numbers remain low by comparison, people should remember there is still a risk, Brewer says.

“SARS-CoV-2 has never gone away,” he says. “I realize that a lot of us have gotten tired of the pandemic and want it to go away, but that doesn’t mean it is.”

The bump in cases comes as mask-wearing may become more of an exception than a rule. A federal judge in Florida on Monday struck down the Biden administration’s mask mandate for public transportation, most notably airplanes, and airlines including Delta, American, and United have already made mask-wearing optional.

But on the same day, Philadelphia’s indoor mask mandate went back into effect after city Health Commissioner Cheryl Bettigole, MD, said there had been a 50% rise in confirmed COVID-19 cases in 10 days.

And though a second booster has not been authorized for the general public, the FDA recommends another dose of either the Pfizer or Moderna vaccine for people over 50 and for certain people with compromised immune systems.

Meanwhile, cases of the highly infectious Omicron subvariants continue to crop up, though it is still unclear whether people who have contracted Omicron are immune, says Daniel Kuritzkes, MD, chief of the Division of Infectious Diseases at Brigham and Women’s Hospital in Boston.

“We’re all watching with some level of anxiety about just where the case numbers are heading,” he says. “They are going up slowly, but not nearly as dramatically as December.”

He continues, “It’s a bit of a unique year, this year. Two holidays coincided, but by themselves, they don’t have the kind of impact as, say, Christmas and New Year’s Eve. We will be watching more closely to see what happens after Memorial Day.”

Despite lower numbers, Kuritzkes and Brewer recommend that people, particularly those who are high-risk, continue to take precautions, including:

Though the world has gotten closer to normal, we are not out of the woods yet, Brewer says.

“It’s not like the flu yet — when cases drop, they don’t drop to those low levels,” he says. “Most communities in the United States are reported as having low transmission levels, but it’s not zero. We still need to be vigilant.”

Daniel Kuritzkes, MD, chief of the division of infectious diseases, Brigham and Women’s Hospital in Boston.