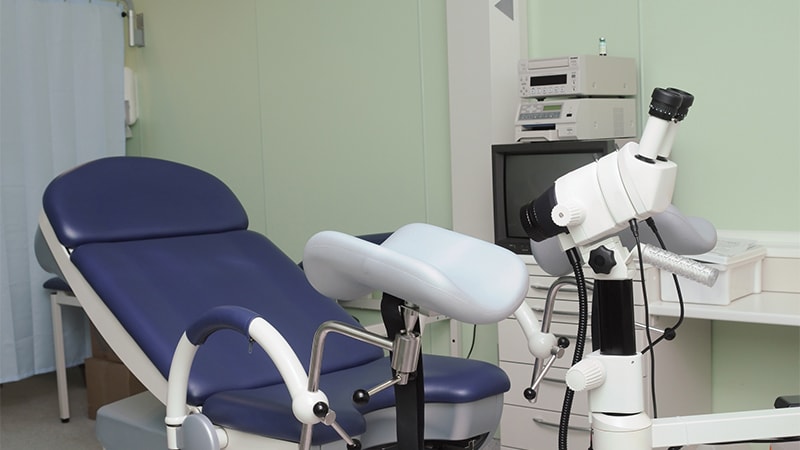 A small, and likely decreasing, number of healthcare providers in the United States perform abortions, and there is a risk that the count will be shrinking in the face of legislative attacks on the service, researchers have found.

Until now, producing an accurate count of abortion service providers in the United States has been difficult, leaving researchers to rely on indirect assessments of abortion clinics rather than counts of physicians who perform the procedure.

But the authors of a research letter published in JAMA Internal Medicine have come up with a number: Roughly 3550 clinicians provide procedural and medication abortions, while 22,001 manage pregnancy loss with the same procedures and medications. More than half of all abortions in the United States now are achieved by medication.

The small number of providers is a cause for concern as a growing number of states move to restrict access to abortions, experts say.

“Abortions are only available if clinicians provide them,” said Julia Strasser, DrPH, MPH, senior research scientist at the George Washington University Milken Institute School of Public Health, in Washington, DC, who led the research. “This study finds that a variety of clinician types provide abortion care. But the number of abortion providers is low, and increasing restrictions will only make this worse.”

For their census, Strasser and her colleagues evaluated medical claims covering a full year from a private data company. They focused on two sets of services: medications (misoprostol and mifepristone) used in abortion care and pregnancy loss, and procedures such as dilation and curettage and dilation and evacuation. Services were categorized as induced abortion or management by pregnancy loss on the basis of medical coding.

The researchers found that there were 3550 abortion providers and 22,001 clinicians who managed pregnancy loss. Of those who induced abortions, 88% were physicians, and 12% were advanced practice clinicians.

The clinicians who most frequently provided induced abortions were ob/gyns (72%), followed by family physicians (9%), advanced practice registered nurses (8%), and nurse midwives (3%). Several other specialists performed about 1% of abortions each.

Strasser said that 3550 is an undercount because many providers do offer abortions but cannot or do not bill for them. Even so, the number likely will fall because fewer medical students are being trained for abortion procedures, according to Kaiser Health News.

Despite recommendations from the American College of Obstetricians and Gynecologists for standardized training on abortion care during medical residency, the number of programs that prohibit that training has surged in recent years, the report notes.

Compounding the problem, the researchers say, is the recent spate of state-level legislation regarding access to abortion. The US Supreme Court is due to rule soon on a Mississippi law banning all abortions over 15 weeks’ gestational age except in medical emergencies and in the case of severe fetal abnormalities.

Last May, Texas passed a law outlawing termination of pregnancy after 6 weeks of gestation ― before many women know they’re pregnant. The law created a bounty system that permits essentially anyone in the United States to sue a woman in the state who seeks an abortion outside the law or anyone who assists her ― including healthcare professionals. The Supreme Court in December refused to overturn the law ― which reportedly has triggered a surge in women seeking abortion services in neighboring Oklahoma.

The legal environment is greatly increasing the risk that more clinicians will drop out of the workforce, Strasser told Medscape Medical News.

“As this happens, abortion care will undoubtedly become harder to access, especially for vulnerable populations,” she said. “Patients will have to travel farther, pay more money, or forgo necessary care.”

Another major variable is insurance coverage, the researchers found. Abortion coverage is highly restricted under private insurance and Medicaid, they note. Beyond increasingly restrictive payment issues, policies seen as punitive toward clinicians may cause many to stop offering medication and procedural services, Strasser said.

“The national political climate will likely see more barriers and less access to care in the coming months and years,” she told Medscape Medical News. “However, some states are taking concrete steps to protect abortion access for their residents and for others out of state. In supportive environments like these, enhanced training, expanded scope of practice, and improved reimbursement policies can increase access.”

According to the Center for Reproductive Rights, states that have expanded access are Washington, Oregon, California, New York, Vermont, Connecticut, and New Jersey. Another 12 states offer protected access, in which abortion is likely to remain legal even if Roe v. Wade is overturned, since in many of them, abortion is protected under their state constitutions.

Another study, published in the same issue of JAMA Internal Medicine, evaluated health outcomes for 3779 women. That study found that eligibility screening for medical abortions by history alone, without pelvic examination or ultrasonography, was safe and effective. That study found that medications were either dispensed in person or through the mail.

Taken together, the two studies suggest that more abortion services may shift toward telehealth, which could expand the number of healthcare professionals performing such services. Providers could include nurse practitioners, midwives, and physician assistants, said Melissa Grant, chief operating officer of carafem, a reproductive health and abortion service provider.

The service, which has offices in Atlanta, Chicago, Nashville, and Washington, DC, has found that many patients prefer online appointments, especially if they live in rural areas, Grant said. The pandemic created a push toward online services.

“Even before the current breadth of restrictive legislation, we were seeing in increase because of COVID,” she said. “Most likely, abortion providers will continue to be pushed out of the profession, so having an option that’s widely available no matter where you live is essential. The United States is moving toward a system where the ZIP code you live in will foretell what care you get. That’s chilling.”

Those who currently provide abortion care have two advantages over what was available previously, Grant said. First, medical abortion is much more common, and data show that it is safe and effective for most pregnant people, as long as they undergo a health screening. Second, the boom in telehealth during the pandemic means providers are much more experienced in this type of service than before.

As more services such as carafem crop up, costs will drop, since a telehealth clinic ― even one that uses healthcare professionals ― has fewer expenses, such as for rent and equipment, than a physical facility.

“Because of the stigma around abortion, this is not likely to prompt a big rush of start-ups, but I do think we’re going to see a shake-up in the way services are being offered, and both patients and providers will likely turn toward technology,” Grant said. “An environment like this will require flexibility, innovation, and some real grit. We may take some time to get there, but it’s possible this moment is a pivot point in how abortion care is provided.”

Some of the researchers received grants from the Susan T. Buffett Foundation.

Elizabeth Millard is a Minnesota-based freelance writer specializing in health and sports medicine.