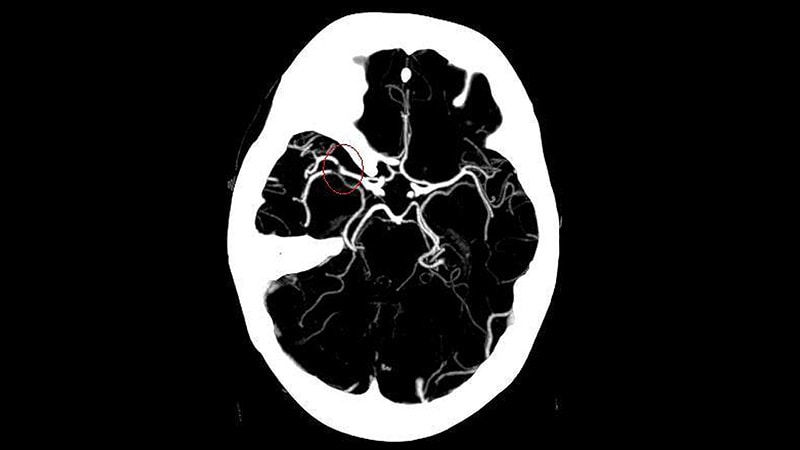 Antidopaminergic antiemetics (ADAs) that are widely used for nausea and vomiting, including that related to chemotherapy, have been associated with an increased risk of ischemic stroke in a new study from France.

The authors found that ADA users could be at a threefold increased risk of stroke shortly after the initiation of treatment.

The study was published online March 23 in The BMJ.

“Our results show that the risk of ischemic stroke appears to be associated with ADA use,” write the authors, led by Anne Bénard-Laribière, PharmD, MS, of the University of Bordeaux, INSERM, France. They emphasize, however, that this is an observational study and cannot therefore establish causation.

One important note about this study is that patients with a history of cancer were specifically excluded. The authors do not elaborate on what the ADAs were being used for, other than to say that ADAs are used for nausea and vomiting of “variable origins,” and a press release from The BMJ notes that these drugs are often used by patients with migraine.

Hence it is not clear what relevance these findings have for patients with cancer, suggested an expert unrelated to the study, Ian Olver, MD, PhD, professorial research fellow, Faculty of Health and Medical Sciences, University of Adelaide, Australia.

“So the best that can be said, from my viewpoint, is that the ADAs studied have been associated with an increased risk of stroke in patients other than cancer patients,” he told Medscape Medical News.

In addition, he also emphasized that an observational study cannot establish causation.

For their study, the authors used data from the nationwide reimbursement database. Hence, they “needed to make the assumption that the date of reimbursement approximated to the date of administration, and that would not be the case for drugs used prophylactically prior to chemotherapy or radiotherapy,” Olver commented.

The authors were also unable to make any statement about dose and schedule. “Certainly chemotherapy-induced nausea and vomiting would require more intermittent dosing compared to noncancer uses,” Olver said.

In addition, he noted that “metoclopramide in conventional doses is not very effective for this purpose and metopimazine is mainly used in Europe.”

They identified 2612 patients from the database who had experienced a first ischemic stroke between 2012 and 2016 and had also received at least one reimbursement for domperidone, metopimazine, or metoclopramide during the 70-day period prior to their stroke.

The frequency of reimbursements for ADAs was compared with a risk period (days 14 to 1 before a stroke) and three matched reference periods (days 70 to 57, 56 to 43, and 42 to 29 before stroke).

Patients who had experienced a stroke were matched to a control group of 21,859 randomly selected healthy people who also received an ADA in the same time period.

The risk of stroke appeared to increase for all ADAs, but the highest was for metopimazine (3.62-fold increase) and metoclopramide (a 3.53-fold increase), which are both drugs that have the ability to cross the blood-brain barrier.

The study was funded by Agence Nationale de Sécurité du Médicament et des Produits de Santé (ANSM) through a partnership with the Health Product Epidemiology Scientific Interest Group. All authors had financial support from ANSM for the submitted work; co-author Julien Kirchgesner has disclosed relationships with Pfizer and Roche. Olver has disclosed no relevant financial relationships.