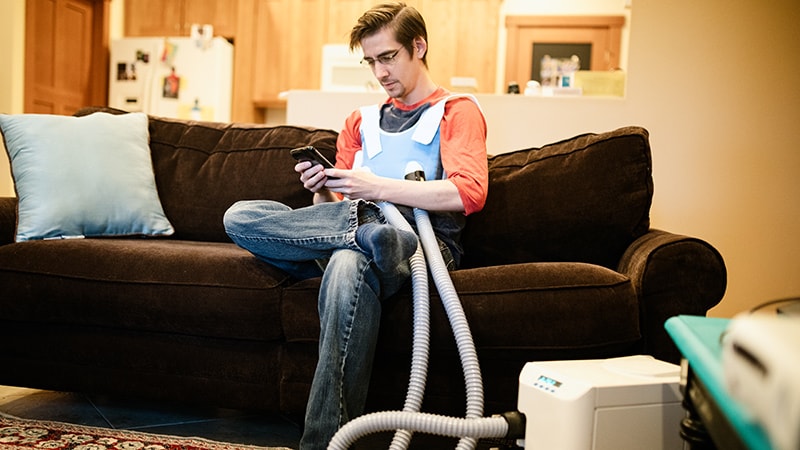 Patients with cystic fibrosis (CF) and elevated blood eosinophil counts had significantly increased respiratory symptoms compared to those with lower eosinophil counts, based on data from 109 individuals.

Elevated blood eosinophil counts have been associated with worse outcomes in conditions including asthma and COPD, but their impact in patients with CF has not been well studied, write Si Cong Yi, MD, of the University of British Columbia, Vancouver, Canada, and colleagues.

“Circulating eosinophil count is an attractive biomarker in CF lung disease as it is readily available, extensively studied in other airway diseases, correlates well with airway eosinophilia in other airway conditions, and there is a plausible biological role for eosinophils in CF lung injury,” they say.

For the retrospective study, published in the Journal of Cystic Fibrosis, researchers reviewed data from 109 adults with CF aged 19 years and older who were enrolled in a prospective cohort study of blood biomarkers between 2012 and 2018. Patients were grouped according to blood eosinophil counts defined as high (≥ 300 cells/μL) or low (< 300 cells/μL) at a stable clinic visit. The primary outcome was rate of pulmonary exacerbations (PEx) that required intravenous antibiotics, lung function decline, and level of respiratory symptoms using Cystic Fibrosis Respiratory Symptom Diary-Chronic Respiratory Infection Symptom Scores (CFRSD-CRISS) over a 1-year follow-up period.

In a multivariate analysis that controlled for age, sex, body mass index, and baseline percent predicted forced expiratory volume in 1 second (ppFEV1), rates of lung function decline were similar in the two groups, with a difference in slope of –0.04%.

A total of 43 patients (46%) experienced at least one PEx that required antibiotics; rates were similar in the high and low eosinophil groups after adjustment.

However, mean CFRSD-CRISS was higher in the high eosinophil group compared with the lower group at the stable visit, with an adjusted mean difference of 9.3.

The study findings were limited by several factors including the relatively small sample size, especially for the high eosinophil group, and use of a single time point for eosinophil counts, which could lead to misclassification, the researchers note. Other limitations included use of peripheral blood eosinophils as a surrogate for airway eosinophilia and use of data only from a single center, they say.

However, the results suggest a stronger role for neutrophilic inflammation and a weaker role for eosinophilic inflammation in patients with CF and lung injury, the researchers say in their discussion. Larger studies are needed to confirm the relationship between eosinophilic counts and lung function, “and if confirmed examine the effect of therapies targeting peripheral blood eosinophilia to reduce respiratory symptoms,” they conclude.

The study was supported by a grant-in-aid from the British Columbia Lung Association. The authors have reported no relevant financial relationships.