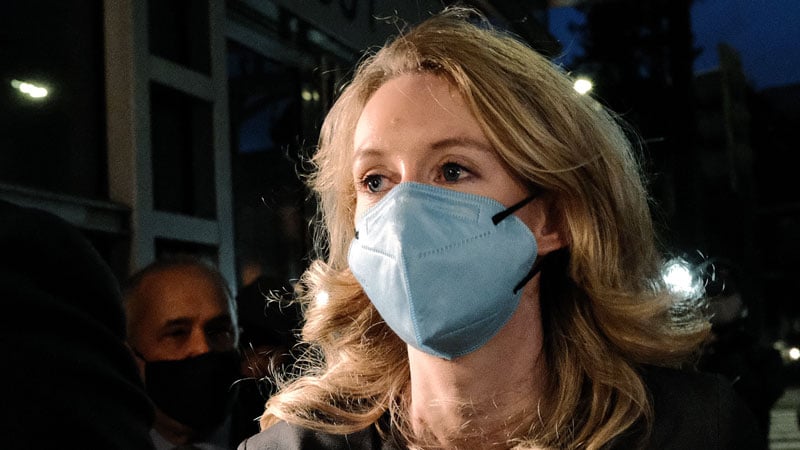 A federal jury convicted Elizabeth Holmes, the founder of the blood testing startup Theranos, on four of 11 charges of fraud on Monday, accordingto The Wall Street Journal .

During the 15-week trial, Holmes testified in her defense and showed regret for missteps. She said she never intended to mislead anyone when she claimed to revolutionize blood testing, the newspaper reported.

But the jury failed to reach a verdict on three counts of wire fraud related to investors, saying earlier Monday that it was tough for jurors to agree on the three charges, the newspaper reported.

Holmes will be held on bond until sentencing. She will likely appeal the verdict, which could take years. She and her lawyers declined to comment to reporters as they left the courthouse.

The timing of any new action could be affected by the upcoming trial of Ramesh “Sunny” Balwani, who is Holmes’s former boyfriend and chief operating officer at Theranos, the Journal reported. He is charged with 10 counts of wire fraud and two counts of conspiracy to commit wire fraud. His trial is set for next month.

Holmes could face up to 20 years in prison for each count, though white-collar crimes rarely carry such stiff sentences. The fact that she was acquitted of some charges will likely reduce the overall penalty.

Judge Edward Davila plans to hold a conference in about a week to discuss the three counts that the jury didn’t decide on, the newspaper reported, as well as any plans for a retrial of those counts.

Holmes developed the idea for Theranos as a student at Stanford University. She wanted to upend the blood testing business by developing a finger-prick technology that would test for a range of health conditions with a few drops of blood. At its peak, Theranos was valued at more than $9 billion and employed hundreds of scientists, engineers, and marketers, according to the Journal.

Holmes claimed the company’s proprietary technology could run more than 200 health tests and detect a variety of ailments. But testimony during the trial showed that the company could only use its technology for 12 types of patient tests, and the results were often unreliable, the newspaper reported. At its lab, the company secretly ran most of its tests on commercial devices from other companies. During the trial, Holmes also conceded that she forged reports sent to investors by using logos from drug companies that hadn’t given permission.

The Wall Street Journal: “The Elizabeth Holmes Verdict: Theranos Founder Is Guilty on Four of 11 Charges in Fraud Trial.”