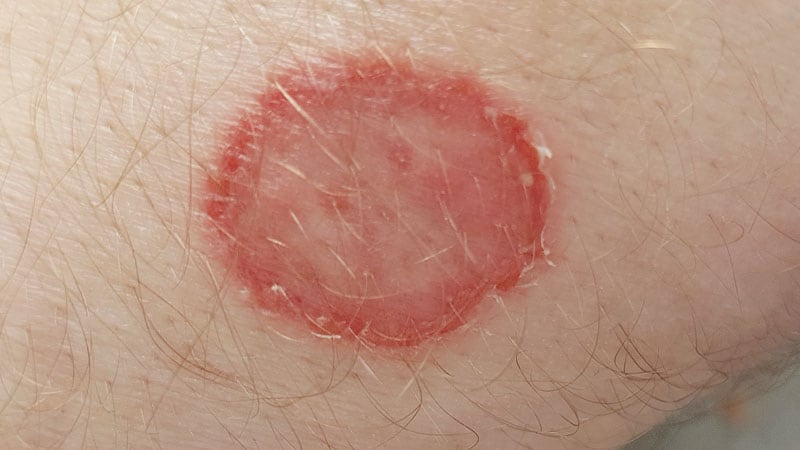 “To know that these fungal infections exist, we need epidemiologists, doctors, and microbiologists to join in constant and ongoing multidisciplinary work to generate the necessary databases and to know the pathologies that we have. I believe that in this respect we are falling short,” said Javier Afeltra, PhD, a mycologist at the Ramos Mejía Hospital in Buenos Aires, professor of microbiology at the School of Medicine of the University of Buenos Aires, and coordinator of the commission of immunocompromised patients of the Argentine Society of Infectious Diseases.

“There is some change in mentality that encourages professionals to report the cases they detect ― for example, in scientific meetings,” Afeltra told Medscape Spanish Edition. “But the problem is that there is no unified registry.

“That’s what we lack: a place to record all those isolated cases. Records where clinical and microbiological data are together within a click. Perhaps the microbiologists report their findings to the Malbrán Institute, an Argentine reference center for infectious disease research, but we do not know what the patients had. And we doctors may get together to make records of what happens clinically with the patient, but the germ data are elsewhere. We need a common registry,” he stressed.

“The main importance of a registry of this type is that it would allow a diagnostic and therapeutic decision to be made that is appropriate to the epidemiological profile of the country and the region, not looking at what they do in the North. Most likely, the best antifungal treatment for our country differs from what is indicated in the guidelines written elsewhere,” said Afeltra.

Afeltra pointed out that in the United States, when an oncohematology patient does not respond to antimicrobial treatment, the first thing that doctors think is that the patient has aspergillosis or mucormycosis, in which the fungal infection is caused by filamentous fungi.

But an analysis of data from the REMINI registry ― the only prospective, observational, multicenter surveillance registry for invasive mycoses in immunocompromised patients (excluding HIV infection) in Argentina, which has been in existence since 2010 ― tells a different story. The most prevalent fungal infections turned out to be those caused by Aspergillus species, followed by Fusarium species. Together, they account for more than half of cases. Mucoral infections (mucormycosis) account for less than 6%. And the initial treatments for these diseases could be different.

Changes in the local epidemiology can occur because the behavior of phytopathogenic fungi found in the environment can be modified. For example, cases of chronic mucormycosis can be detected in China but are virtually nonexistent on this side of the Greenwich meridian, Afeltra said.

“Nature is not the same in geographical areas, and the fungi…we breathe are completely different, so patients have different infections and require different diagnostic and treatment approaches,” he stressed.

Afeltra mentioned different fungi that are emerging locally and globally, including yeasts, septate, dimorphic, and pigmented hyaline fungi, that have a variable response to antifungal drugs and are associated with high mortality, “which has a lot to do with a later diagnosis,” he said, noting that reports have increased worldwide. A barrier to sharing this information more widely with the professional community, in addition to the lack of records, is the difficulty in publishing cases or series of cases in indexed journals.

Another challenge in characterizing the phenomenon is in regard to taxonomic reclassifications of fungi. Such reclassifications can mean that “perhaps we are speaking of the same pathogen in similar situations, believing that we are referring to different pathogens,” said Afeltra.

Candida auris. This organism has emerged simultaneously on several continents. It has pathogenicity factors typical of the genus, such as biofilm formation and production of phospholipases and proteinases, although it has greater thermal tolerance. In hospitals, it colonizes for weeks and months. In Argentina, it is resistant to multiple antifungal agents. Sensitivity is variable in different geographical regions. Most strains are resistant to fluconazole, and there is variable resistance to the other triazoles (but which are not normally used to treat candidemia). In the United States, in vitro resistance to amphotericin B is up to 30%, and resistance to echinocandins is up to 5%. New drugs such as rezafungin and ibrexafungerp are being studied. Infection control is similar to that used to control Clostridium difficile.

Fusarium. This genus affects immunocompromised patients, including transplant recipients of solid organs and hematopoietic progenitor cells and patients with neutropenia. The genus has various species, included within complexes, such as F solani SC, F oxysporum SC, and F fujikuroi SC, with clinical manifestations similar to those of aspergillosis. In addition to the pulmonary and disseminated forms, there may be skin involvement due to dissemination from a respiratory focus or by contiguity from a focus of onychomycosis. In general, mortality is high, and responses to antifungal agents are variable. Some species are more sensitive to voriconazole or posaconazole, and others less so. All show in vitro resistance to itraconazole. In Argentina, voriconazole is usually used as initial treatment, and in special cases, liposomal amphotericin B or combinations. Fosfomanogepix is being evaluated for the future.

Azole-resistant aspergillosis. This infection has shown resistance to itraconazole and third-generation azole drugs. In immunocompromised patients, mortlaity is high. Early detection is key. It is sensitive to amphotericin B and echinocandins. It is generally treated with liposomal amphotericin B. Olorofima and fosfomanogepix are being studied.

Pulmonary aspergillosis associated with COVID-19. This infection is associated with high mortality among intubated patients. Signs and symptoms include fever, pleural effusion, hemoptysis, and chest pain, with infiltrates or cavitations on imaging. Determining the diagnosis is difficult. “We couldn’t perform lung biopsies, and it was difficult for us to get patients out of intensive care units for CT scans. We treated the proven cases. We treated the probable cases, and those that had a very low certainty of disease were also treated. We came across this emergency and tried to do the best we could,” said Afeltra. A digital readout lateral flow trial (Sōna Aspergillus Galactomannan LFA) for the quantification of galactomannan, a cell wall component of the Aspergillus genus, proved to be a useful tool for screening and diagnosing patients with probable pulmonary aspergillosis associated with COVID-19. the incidence of invasive mycosis was around 10% among 185 seriously ill COVID-19 patients, according to an Argentine multicenter prospective study in which Afeltra participated.

Scedosporium and Lomentospora. These genera are rarer septate hyaline fungi. Scedosporium is a complex of species. One species, S apiospermum, can colonize pediatric patients with cystic fibrosis. Lomentospora prolificans is a multiresistant fungus. It produces pulmonary compromise or disseminated infection. The response to antifungal agents is variable, with a high minimum inhibitory concentration for amphotericin B and isavuconazole. Patients are usually treated with voriconazole alone or in combination with terbinafine or micafungin. Olorofima is emerging as a promising treatment.