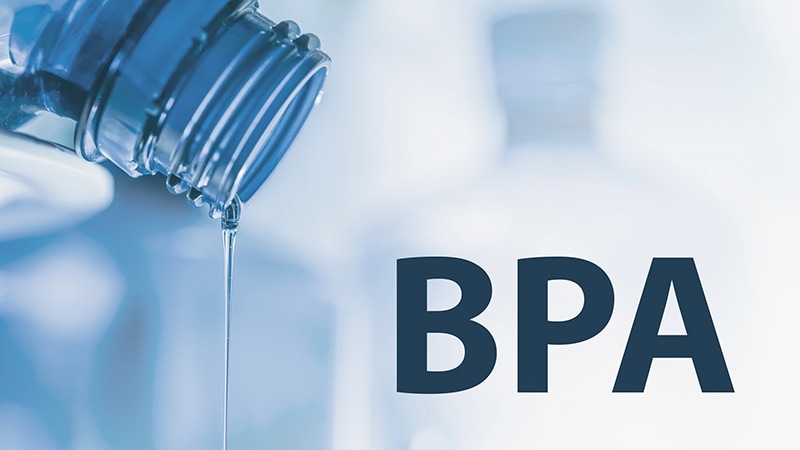 The Endocrine Society is among several organizations and individuals petitioning the US Food and Drug Administration (FDA) to remove its approvals of bisphenol A (BPA), citing recent evidence that exposure to it is unsafe.

The chemical is used to make plastics in items such as food containers, pitchers, and inner linings of metal products. Small amounts of BPA can leak into food and beverages.

The petition points to a December 2021 report by the European Food Safety Authority (EFSA) entitled, “Re-evaluation of the risks to public health related to the presence of bisphenol A (BPA) in foodstuffs,” which summarizes evidence gathered since 2013.

It concludes that “there is a health concern from BPA exposure for all age groups.” Specific concerns include harm to the immune system and male and female reproductive systems.

Average American Exposed to 5000 Times the Safe Level of BPA

The EFSA established a new “tolerable daily intake” of BPA of 0.04 ng per kilogram of body weight per day (ng/kg bw/day). By contrast, in 2014 the FDA estimated that the mean BPA intake for the US population older than 2 years was 200 ng/kg bw/day and that the 90th percentile for BPA intake was 500 ng/kg bw/day.

“Using FDA’s own exposure estimates, the average American is exposed to more than 5000 times the safe level of 0.04 ng BPA/kg bw/day set by the EFSA Expert Panel. Without a doubt, these values constitute a high health risk and support the conclusion that uses of BPA are not safe…Given the magnitude of the overexposure, we request an expedited review by FDA,” the petition reads.

In addition to the Endocrine Society, which has long warned about the dangers of endocrine-disrupting chemicals, other signatories to the petition include the Environmental Defense Fund, Breast Cancer Prevention Partners, Clean Water Action/Clean Water Fund, Consumer Reports, Environmental Working Group, Healthy Babies Bright Futures, and the former director of the National Institute of Environmental Health Sciences and National Toxicology Program.

In a statement, Endocrine Society BPA expert Heather Patisaul, PhD, of North Carolina University, Raleigh, said the report’s findings “are extremely concerning and prove the point that even very low levels of BPA exposure can be harmful and lead to issues with reproductive health, breast cancer risk, behavior, and metabolism.”

“The FDA needs to acknowledge the science behind endocrine-disrupting chemicals and act accordingly to protect public health,” she urged.

The FDA is expected to decide within the next few days whether to open a docket to accept comments.

Miriam E. Tucker is a freelance journalist based in the Washington DC area. She is a regular contributor to Medscape, with other work appearing in the Washington Post, NPR’s Shots blog, and Diabetes Forecast magazine. She is on Twitter @MiriamETucker.