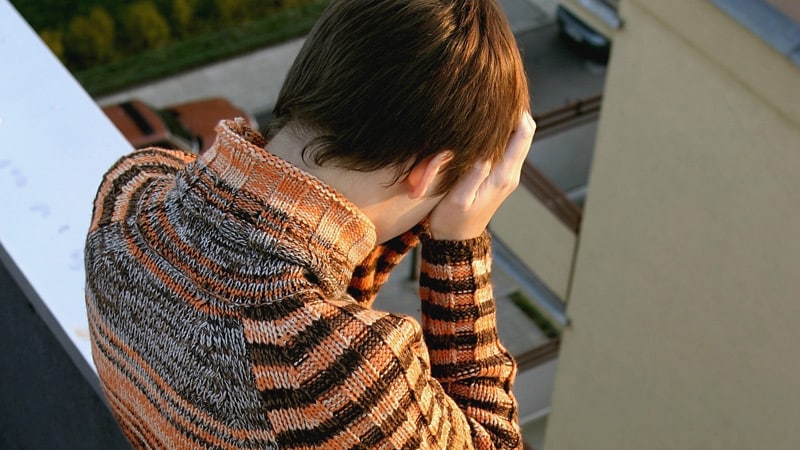 Transgender youth are significantly more likely to consider suicide and attempt it compared to their cisgender peers, new research shows.

In a large population-based study, investigators found the increased risk of suicidality is partly because of bullying and cyberbullying experienced by transgender teens.

The findings are “extremely concerning and should be a wake-up call,” Ian Colman, PhD, with the University of Ottawa School of Epidemiology and Public Health, Ontario, Canada, told Medscape Medical News.

Young people who are exploring their sexual identities may suffer from depression and anxiety, both about the reactions of their peers and families, as well as their own sense of self.

“These youth are highly marginalized and stigmatized in many corners of our society, and these findings highlight just how distressing these experiences can be,” Colman said.

The study was published online June 6 in the Canadian Medical Association Journal.

The risk of suicidal thoughts and actions is not well studied in transgender and nonbinary youth.

To expand the evidence base, the researchers analyzed data for 6800 adolescents aged 15 to 17 years from the 2019 Canadian Health Survey on Children and Youth.

The sample included 1130 (16.5%) adolescents who identified as having some degree of same-gender attraction, 265 (4.3%) who were unsure of their attraction (“questioning”), and 50 (0.6%) who were transgender, meaning they identified as being of a gender different from that assigned at birth.

A Crisis ― With Reason for Hope

“This is a crisis, and it shows just how much more needs to be done to support transgender young people,” co-author Fae Johnstone, MSW, executive director, Wisdom2Action, who is a trans woman herself, said in the news release.

“Suicide prevention programs specifically targeted to transgender, nonbinary and sexual minority adolescents, as well as gender-affirming care for transgender adolescents, may help reduce the burden of suicidality among this group,” Johnstone added.

“The most important thing that parents, teachers, and healthcare providers can do is to be supportive of these youth,” Colman told Medscape Medical News.

“Providing a safe place where gender and sexual minorities can explore and express themselves is crucial. The first step is to listen and to be compassionate,” Colman added.

Reached for comment, Jess Ting, MD, director of surgery at the Mount Sinai Center for Transgender Medicine and Surgery in New York, said the data from this study on suicidal thoughts and actions among sexual minority and transgender adolescents “mirror what we see and what we know” about suicidality in trans and nonbinary adults.

“The reasons for this are complex, and it’s hard for someone who doesn’t have a lived experience as a trans or nonbinary person to understand the reasons for suicidality,” he told Medscape Medical News.

“But we also know that there are higher rates of anxiety and depression and self-image issues and posttraumatic stress disorder, not to mention outside factors ― marginalization, discrimination, violence, abuse. When you add up all these intrinsic and extrinsic factors, it’s not hard to believe that there is a high rate of suicidality,” Ting said.

“There have been studies that have shown that in children who are supported in their gender identity, the rates of depression and anxiety decreased to almost the same levels as non-trans and nonbinary children, so I think that gives cause for hope,” Ting added.

The study was funded in part by the Research Council of Norway through its Centres of Excellence funding scheme and by a Frederick Banting and Charles Best Canada Graduate Scholarship Doctoral Award. Johnstone reports consulting fees from Spectrum Waterloo and volunteer participation with the Youth Suicide Prevention Leadership Committee of Ontario. No other competing interests were declared. Ting has disclosed no relevant financial relationships.