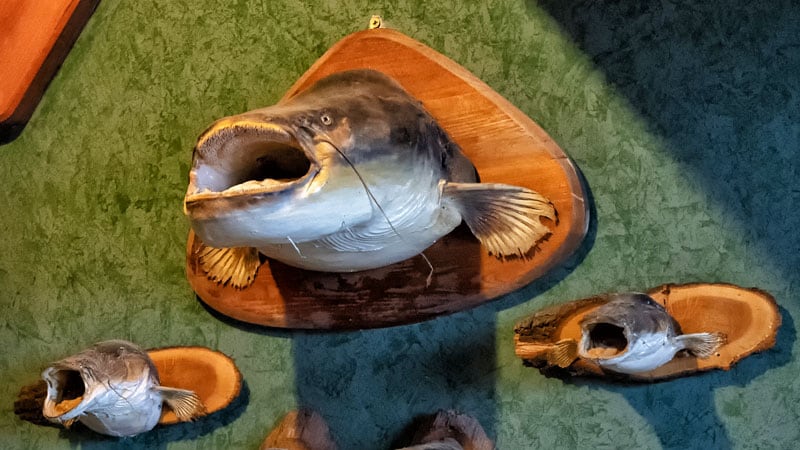 A study published last week linking the consumption of fish to melanoma had sushi eaters looking up the number of the nearest dermatologist. But experts said the findings had several important limitations and that no one should change their diet based on the results.

“It wouldn’t impact my fish consumption at all,” said Sancy Leachman, MD, PhD, who directs the melanoma program at Oregon Health & Science University’s Knight Cancer Institute in Portland. “Fish are part of a healthy diet,” particularly if it replaces less healthy proteins such as beef.

Even the authors of the study advised caution when interpreting the findings.

“I wouldn’t encourage anyone to change their fish consumption habits just because of this paper,” said study leader Eunyoung Cho, ScD, an epidemiologist at Brown University, Providence, Rhode Island. “Fish is cardioprotective and is related to reduced risk of developing certain cancers too.”

The study quickly generated headlines and was the most viewed article of the journal Cancer Causes & Control within a day of its publication on June 9.

Cho, who is on the editorial board of the journal, analyzed the results of a study funded by the National Institutes of Health (NIH) and Association for the Advancement of Retired Persons (AARP) that began in the 1990s and explored possible links between fish consumption and developing different forms of cancer.

Previous research from this project had shown eating fish was associated with an increased risk of melanoma — but no other type of cancer.

Cho speculated that the risk is due to contaminants, such as mercury and arsenic, in fish. But she was curious to see if she could find a connection between the amount of fish consumed and the risk of developing skin cancer.

At the beginning of the study people reported how much fish they had consumed over the previous year, which varied widely by person. Then researchers tracked participants for 15 years, counting who developed cancer and who did not.

Dietary recall can be difficult; people often say they can’t remember what they ate yesterday, much less 1 year ago. Still, dietitian Clare Collins, PhD, of the University of Newcastle in Australia, noted that previous research showed that the dietary recall tool for this study is reliable.

NIH researchers never checked to see how their diet changed over time, as this was a study meant to observe changes in health status starting from a baseline point. The researchers assumed that the level of fish intake recorded at the beginning of the study remained steady.

Of 491,000 people tracked in the study, 5000 developed malignant melanoma and another 3300 developed melanoma cells on the skin surface. People who ate the most fish — an average of almost 43 g, or about 1.5 ounces, per day — were 23% more likely to develop melanoma than the lightest fish eaters, who averaged 3 g per day.

That risk is modest, Leachman said, especially for people with red hair who, she said, are 400% more likely to get melanoma than others. “A 23% increase, in the whole scheme of things, is not nearly as important as not getting sunburned if you’re a redhead,” Leachman said.

And what about the sun? Sun exposure is the principal risk factor for developing melanoma, and the researchers didn’t account for that factor. People who developed melanoma during the study may simply have spent more time in tanning beds or on the beach — or perhaps fishing and then eating their catch.

Cho and colleagues tried to consider the effects of solar radiation by looking at average sun exposure times in the places where the participants in the study were living when the research began. Using that framework, variation in sun exposure made no difference to melanoma risk, but Leachman said the technique isn’t foolproof.

“They assumed that they were going to get a certain amount of ultraviolet light just based on where they lived. We don’t know how long they lived there or if they really had ultraviolet exposure or not,” Leachman said. Someone in presumably less sunny Pennsylvania could get more sun than someone in sun-drenched Arizona depending on their lifestyle and habits.

The kind of study Cho published cannot account for individual behaviors related to sun exposure, a limitation her team readily acknowledges. Nor does it include information about moles or hair color — important considerations for skin cancers. It may be that redheads with moles who barely ate any fish developed melanoma at higher rates than anyone else, but the data don’t allow for that kind of analysis.

Cho’s group found that canned tuna and any type of fish that wasn’t fried were associated with a higher risk of developing melanoma, as people reported eating more of those products. However, people who said they ate greater quantities of fried fish had a lower risk of melanoma, a counterintuitive finding that she said warrants further research.

Given that the study showed only a modest chance of developing melanoma regardless of fish intake, and left so many questions unanswered, what was the point?

Other journals declined to publish this paper, Cho acknowledged, but she defended the article as a step toward better understanding the health impact of environmental contaminants in fish.

Leachman agreed. “These kinds of studies are very important to do. They have large data sets, where you can start to see trends that may be important,” she said. “They can help you identify things that might be related. These experiments are hypothesis generating.”

“I already published an article showing that total mercury level is related to skin cancer, and we know very well that in the US fish consumption is the major source of mercury contamination,” Cho said. “So, I naturally thought that fish consumption may be associated with increased risk of skin cancer too.” Cho said she believed the findings confirm that hypothesis.

Cho said the next step would be to measure blood levels of different contaminants such as mercury and arsenic in people with melanoma, to determine which toxin is the biggest driver of melanoma. She said she plans to seek funding for that research.

Meanwhile, pass the salmon — but go light on the salt.

Cho and Leachman reported no relevant financial relationships. Cho is on the editorial board of Cancer Causes & Control.

Marcus A. Banks, MA, is a journalist based in New York City who covers health news with a focus on new cancer research. His work appears in Medscape, Cancer Today, The Scientist, Gastroenterology & Endoscopy News, Slate, TCTMD, and Spectrum.