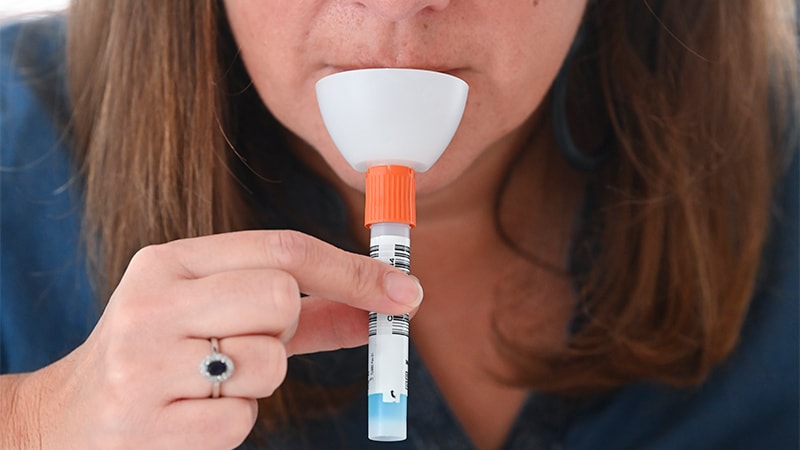 A French research team has developed a microRNA (miRNA) signature for diagnosing endometriosis through a simple saliva test. Its validation in a larger cohort could soon allow doctors to have a cheap, non-invasive, and accurate tool to use in diagnosing a disease that, for the time being, is difficult to identify with any certainty. The researchers suggest that their methodology could be used as a blueprint to investigate other pathologies, both benign and malignant.

miRNAs regulate as much as 60% of gene expression at the post-transcriptional level. In the setting of endometriosis, several authors have evaluated the relevance of a blood-based miRNA signature, but the results are discordant because of methodological and control group issues. Other researchers have also sought to develop a miRNA saliva test. A French team wanted to determine whether it was possible to define a saliva-based diagnostic miRNome signature that would allow patients with and without endometriosis to be differentiated and, from there, develop the first specific diagnostic test for the disease.

One part of the study involved the identification of a biomarker based on genome-wide miRNA expression profiling by small RNA sequencing using next-generation sequencing. The second part involved the development of a saliva-based miRNA diagnostic signature according to expression and accuracy profiling using a random forest algorithm.

Next-generation sequencing identified an average of 2561 expressed miRNAs in the saliva samples. The feature selection method generated a subset of 109 miRNAs composing the endometriosis diagnostic signature. Among those miRNAs, 29 were associated with the main signaling pathways of endometriosis: PI3K/AKT, PTEN, Wnt/β-catenin, HIF1α/NF κB, and YAP/TAZ/EGFR.

The accuracy and reproducibility of the signature were tested on several data sets randomly composed of the same proportion of controls and patients with endometriosis. The respective sensitivity, specificity, and area under the curve (AUC) for the diagnostic miRNA signature were 96.7%, 100%, and 98.3%, respectively.

The study’s results support the use of a saliva-based miRNA signature for diagnosing whether a patient is discordant/complex (chronic pelvic pain suggestive of endometriosis and both negative clinical examination and imaging findings) or has early-stage or advanced-stage endometriosis.