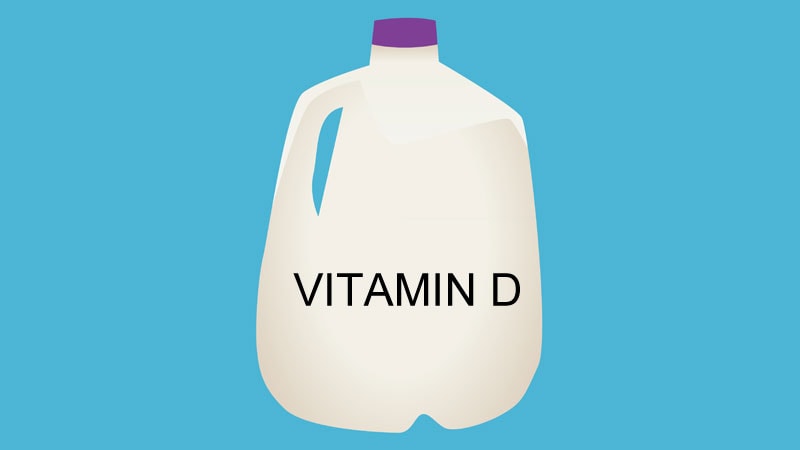 About 129,000 of cancer deaths per year could be prevented across 34 European countries simply by adding vitamin D to common foods, such as milk and margarine, a recent analysis suggests.

That would translate to 1.2 million prevented-years-of-life-lost or about 9% of cancer deaths across Europe, according to the research team, led by Tobias Niedermaier, PhD, an epidemiologist at the University of Heidelberg, Heidelberg, Germany.

However, experts caution these estimates may not translate to real-world outcomes.

JoAnn Manson, MD, MPH, DrPH, who was not involved in the research, called the analysis “hypothesis generating.”

“It cannot prove cause and effect,” said Manson, chief of the Division of Preventive Medicine at Brigham and Women’s Hospital and professor of medicine at Harvard Medical School, Boston, Massachusetts. Many lifestyle and environmental factors, she noted, impact cancer deaths and these likely vary between countries.

The study was published in the European Journal of Epidemiology.

Fortifying foods with vitamin D — which involves mixing the vitamin into food products such as margarine, vegetable oils and dairy products — could offer similar benefits regarding cancer mortality, the authors suggest.

To this end, the team decided to investigate how many cancer deaths might be avoided if all European countries mandated vitamin D fortification of food products.

Niedermaier and colleagues researched food fortification policies in 34 countries across Europe and found only Finland and the UK currently require mass fortification of products, including milk, margarine, and selected brands of orange juice, bread, cereals. Most countries had no mandatory, and almost no voluntary, fortification of foods.

Assuming all 34 countries implemented robust food enrichment policies, as Finland and the United Kingdom have, the authors determined that another 129,00 cancer deaths could be avoided.

Commenting on the analysis, Susan Whiting, PhD, of the University of Saskatchewan, Saskatoon, Canada, found the big impact of vitamin D fortification on cancer mortality “surprising” but noted that the study methodology seemed sound.

However, Pan Pantziarka, PhD, who was not involved in the research, expressed concern about potential confounding factors, such as obesity.

“We know that the effect of vitamin D3 is mediated by obesity” and that obesity rates vary significantly across Europe, said Pantziarka, head of the Repurposing Drugs in Oncology (ReDO) project.

In addition, as John M. Mandrola, MD, explained in a recent perspective for Medscape, “people with low vitamin D levels have other conditions or diseases that lead to higher rates of ill health.”

The study was funded by EU member states and associated countries. The study authors, Manson, Whiting, and Pantziarka have reported no relevant financial relationships.