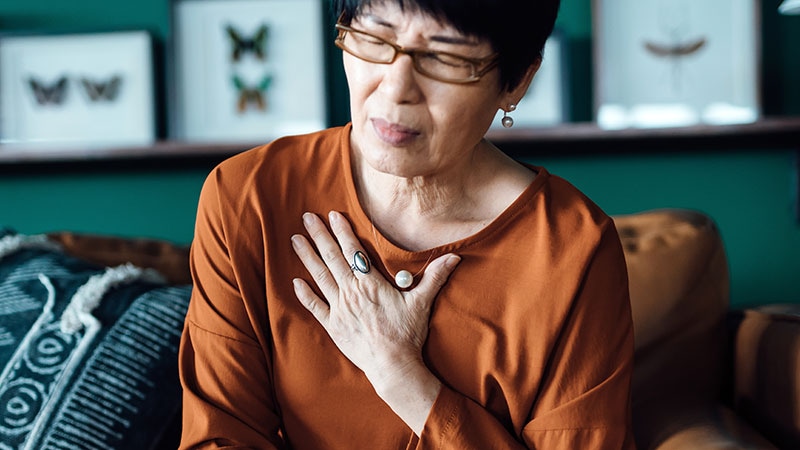 Takotsubo syndrome is uncommon following catheter ablation in patients with atrial fibrillation (AF) but can have a malignant presentation that may require immediate intervention, a case series suggests.

“We had actually a very striking case several years ago that prompted us to look at this more carefully in our database,” senior author Andrea Natale, MD, told theheart.org | Medscape Cardiology. “It was a young man who left the hospital very healthy and, despite that, within 48 hours developed signs of heart failure, near fainting, and that turned out to be from electromechanical dissociation.”

Cardiac catheterization revealed normal coronary arteries but left ventricular dilatation with apical ballooning — the hallmark of Takotsubo. Admitted to a very small hospital in Texas that had no advanced heart failure treatment, the patient died on day 3 after multiple episodes of dissociation and only conservative management.

“In some of these cases that are more dramatic, the only way to get to this acute phase of Takotsubo is to use an implant,” said Natale, executive medical director, Texas Cardiac Arrhythmia Institute at St. David’s Medical Center in Austin. “What the guy needed was a balloon pump but in the small hospital where he was, they did not even think about this as the reason for what was going on.”

The study was published online October 26 in JACC Clinical Electrophysiology.

The single-center series detailing six patients is thought to be the largest to date of post-AF ablation Takotsubo syndrome. Reports from Europe in three patients surfaced as early as 2007, with the latest case report cropping up from China this year: a 62-year-old woman who fully recovered.

“The idea was to raise awareness in the community because I think these cases can probably be missed by most and people need to be aware that the malignant presentation can be, sort of, treated effectively,” Natale said.

The six cases comprise just 0.051% of the 11,703 AF ablations performed at the Institute, reinforcing the rarity of this complication. Takotsubo was diagnosed within 1 to 4 days after ablation, with no coronary obstruction observed on angiography.

The most common presenting symptoms were dyspnea in five patients and chest pain in four. Three patients reported dizziness, weakness, and diaphoresis. The patients’ mean age was 68 years, mean ejection fraction 27% (range, 22%–34%), and four were female.

“In women, estrogen, as you know, has a very important cardioprotective effect. So, in these postmenopausal women, as there is a reduction in their estrogen level, they get more predisposed to Takotsubo,” said Sanghamitra Mohanty, MD, first author and director of translational research at the Institute. “Interestingly, it has been seen that although it is more common in women, it is more severe in men. And we do not have all the explanations as to why this happened.”

In addition to the man who died, a second man was admitted with dyspnea and an ejection fraction of 22%, before developing ventricular fibrillation and cardiac arrest in the emergency room. He was resuscitated and had complete recovery after implantable cardioverter-defibrillator placement.

The authors suggest that Takotsubo following AF ablation can be explained by the reported post-ablation transient autonomic dysfunction and by ablation of autonomic ganglionated plexi leading to vagal denervation and enhanced adrenergic tone. In addition, use of isoproterenol during ablation could contribute to myocardial stress.

“They are some recent data that suggest some of these patients are genetically predisposed to Takotsubo,” Natale said. “So, it’s possible that a subset of the population is genetically predisposed and if [these] people have increased adrenergic response — and that can be pharmacologically induced with the isoproterenol — they are more likely to develop this.”

Although symptoms would likely start within the first 24 hours, Natale and Mohanty suggest it’s prudent to monitor patients closely for at least 1 week for symptoms related to Takotsubo syndrome.

“An echo at discharge is probably the simplest and best screening tool before discharge …because within 24 hours we should have some evidence that something is not going in the right direction,” Natale said.

However, “in the [United] States, the standard is less than 24 hours,” he added. “They spend one night in the hospital and in some places, they send the patient home the same day. So many of those will be missed.”

Natale is a consultant for Abbott, Baylis, Biosense Webster, Biotronik, Boston Scientific, and Medtronic. All other authors report no relevant financial relationships.