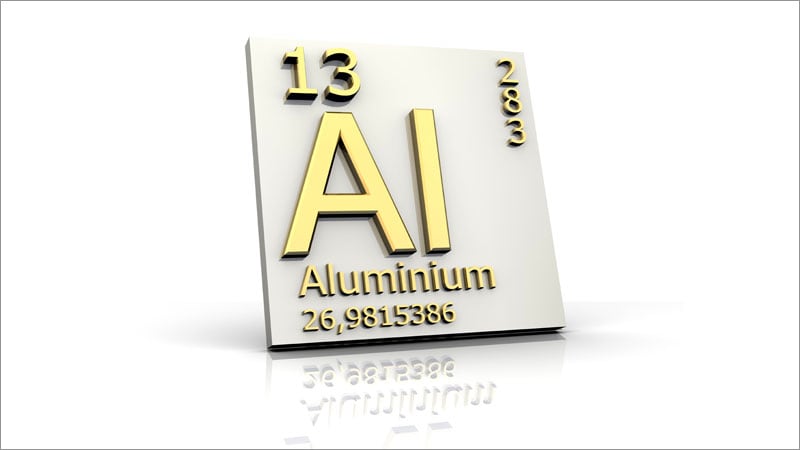 BOSTON — The American Contact Dermatitis Society (ACDS) has selected aluminum as the Allergen of the Year for 2022. Aluminum salts, which are the major cause of allergic reactions, are “ubiquitous,” said Donald Belsito, MD, a professor of dermatology at Columbia University in New York City during his presentation here at the annual ACDS meeting.

These salts can be found in sunscreen, cosmetics, dental restorations, and food, to name a few, though the most commonly identified reactions are from aluminum hydroxide, which can be found in some vaccines or preparations for allergen-specific immunotherapy. “It’s the aluminum hydroxide that seems to be more allergenic than other aluminum salts,” Belsito told Medscape Medical News.

“It’s not a dangerous allergy; It’s not a threat,” he said, “but it’s something that dermatologists need to be aware of.”

These reactions normally present as itchy nodules that can last for months and even years, like some reactions from patch testing. “We’re not talking about a vaccine allergy in such a way where people are getting anaphylaxis,” JiaDe Yu, MD, a pediatric dermatologist specializing in allergic contact dermatitis at Massachusetts General Hospital in Boston, told Medscape Medical News. “An itchy rash is what we tend to see.”

There have also been occasional reports of atopic dermatitis from aluminum in antiperspirants, astringents, as well as from the metallic aluminum.

Yu noted that aluminum allergies are not thought to be very common, but the overall prevalence is not known. Studies do suggest, however, that the allergy may be more prevalent in children. In one recent study in Sweden, 5% of children and 0.9% of adults who underwent patch testing had an aluminum contact allergy.

Aluminum is not included in baseline patch testing in the United States, though a recent report about the allergen in the journal Dermatitis argued for its inclusion for pediatric patch testing. Both Belsito and Yu agreed that the best approach is to do targeted testing. “If there is a suspicion for it, absolutely test for it,” Yu said, but if a patient comes in with something like eyelid dermatitis or a rash after a haircare appointment, an aluminum allergy is not very likely.

While aluminum chloride hexahydrate (ACH) 2% in petrolatum is the commercially available preparation in patch testing, a preparation with ACH 10% is more sensitive, Belsito said. If a physician strongly suspects an aluminum allergy in a patient but the test with the ACH 2% is negative, they should then try a 10% solution, he noted, adding that 7-day readings are also necessary to maximize accuracy.

One of the concerns about naming aluminum as the allergen of the year is the potential to cause anxiety around vaccines. “We want to make sure that we’re not giving more fuel to people who have an excuse not to get a vaccine,” Yu said. “We certainly want to reinforce that fact that it is safe.” Belsito noted that COVID-19 vaccines do not contain aluminum.

Even on the rare chance that a patient does have a reaction to an aluminum-containing vaccine, these subcutaneous nodules resolve over time, Belsito said. In his own clinical experience, “99.99% of the time they resolve and there is no residual.” He did add that overreacting to the rash by prescribing injectable steroids can lead to steroid atrophy. In these cases, a topical steroid may be more appropriate.

All unexpected or clinically significant vaccine reactions should be reported to the CDC/FDA’s Vaccine Adverse Event Reporting System. The Clinical Immunization Project Safety Assessment Project, from the CDC, can also provide expertise and advice on aluminum-free alternatives for some vaccines.

Belsito and Yu have disclosed no relevant financial relationships.