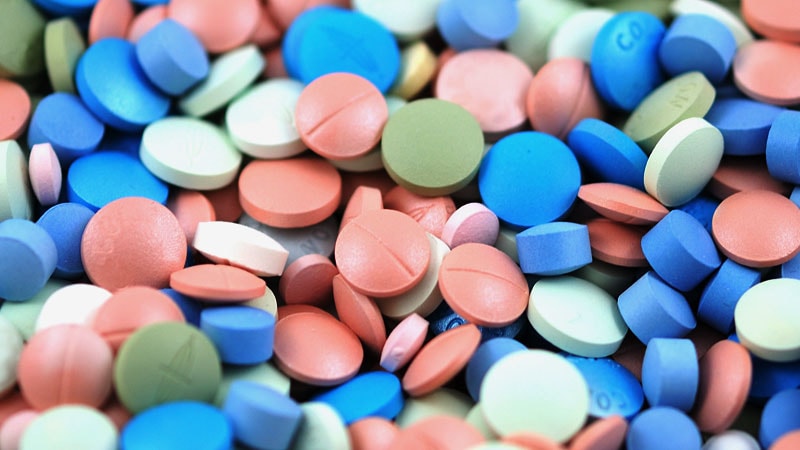 A new study published online March 23 in PLOS ONE suggests that prolonged use of antibiotics in midlife is related to cognitive decline several years down the road.

For the study, scientists paired self-reported antibiotic use of 14,000 middle-aged nurses with outcomes on neuropsychological tests conducted 7 years later. The results revealed that those nurses who took antibiotics for at least 2 months during a period of 4 years had lower scores on tasks involving memory, learning, attention, and psychomotor speed. Overall, the negative effects of antibiotics on cognition were comparable to those caused by 3 to 4 years of aging.

Although Andrew Chan, MD, MPH, a gastroenterologist at Harvard Medical School who co-led the study, does not preclude the possibility that the antibiotics might have acted directly on the brain, he told Medscape Medical News his leading hypothesis is that the drugs had disruptive effects on the gut microbiota. Indeed, research on mice shows that antibiotics such as ampicillin, while undetectable in the brain, are linked to gut dysbiosis and cognitive impairment.

A previous study on humans showed that those afflicted with Alzheimer’s dementia had altered gut microbiome compared to healthy volunteers. They had, for instance, more bacteria from the genus Bacteroides and less of those from the genus Bifidobacterium. Other research has revealed changes in diversity and decreased richness of gut microbes in several other conditions, from Crohn’s disease and autism spectrum disorder to multiple sclerosis and Parkinson’s disease.

“Numerous animal studies, and some human studies as well, have shown that gut dysbiosis is linked to cognitive impairment as well as brain alterations,” Viktoriya Nikolova, MRes, MSc, a PhD student and researcher at King’s College London, told Medscape when asked for independent comment. Antibiotics can cause changes in the microbiome that may last months or even years.

There are many ways in which the trillions of microbes that reside in the human gut may affect the mind. They can hack into the vagus nerve, release neurotransmitters into the blood that crosses into the brain, and interact with immune cells.

According to Chan, “antibiotics and the disruption of the gut microbiome may trigger a chronic state of inflammation that predisposes people to develop cognitive decline.” Such inflammation could be caused, for instance, by bacterial endotoxins — potentially toxic compounds released by gram-negative bacteria, such as Bacteroides, which are found in abundance in the guts of patients with Alzheimer’s disease.

While the new study in PLOS ONE adds to our knowledge of the potential negative effects of antibiotics on brain health, Chan believes that it’s too early to make any recommendations about whether people should avoid antibiotics specifically out of concern regarding dementia.

He does believe, however, that the study “does provide some additional rationale for being careful about how one uses antibiotics.” Considering that the Centers for Disease Control and Prevention estimates that at least 30% of outpatient antibiotic prescriptions in the US are unnecessary, that’s certainly a cause for concern.

The study was independently supported. Chan and Nikolova report no relevant financial relationships.

Marta Zaraska is a science journalist based in France and the author of “Growing Young: How Friendship, Optimism and Kindness Can Help You Live to 100.” Follow Mata Zaraska on Twitter.