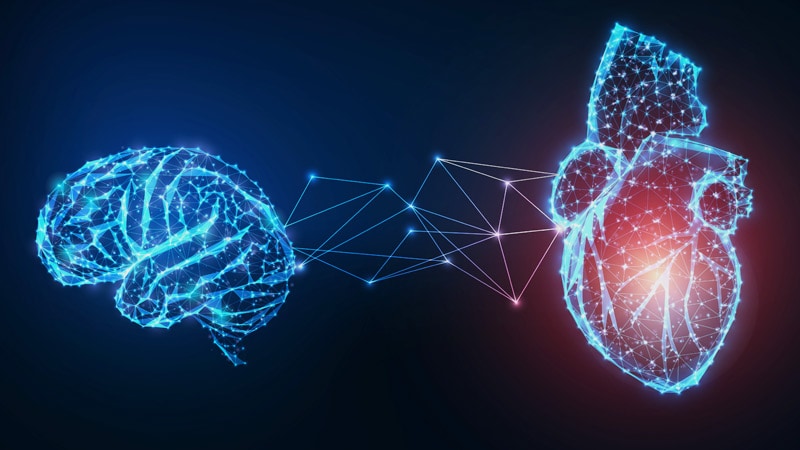 Older adults with atrial cardiopathy, even before symptoms develop, may have up to 35% higher risk for dementia, new research suggests.

“We cautiously suggest that an understanding of this relationship might provide a basis for new interventional strategies to help thwart the development of dementia,” the authors write.

The research, led by Michelle C. Johansen, MD, Department of Neurology, The Johns Hopkins University School of Medicine in Baltimore, Maryland, was published online August 10 in the Journal of the American Heart Association.

If that’s the case, they reasoned, the next question was whether that link is independent of AF and stroke, and their new research suggests that it is.

For this analysis, the researchers conducted a prospective cohort analysis of participants in the Atherosclerosis Risk in Communities (ARIC) study who were attending visit 5 (2011-2013). During their fifth, sixth, and seventh clinical visits, the ARIC participants were evaluated for cognitive decline indicating dementia.

They considered ARIC participants to have atrial cardiopathy if they had at least one of the following: P‐wave terminal force > 5000 mV·ms in ECG lead V1; NTproBNP > 250 pg/mL; or left atrial volume index ≥ 34 mL/m2 by transthoracic echocardiography.

The authors point out, however, that this study is observational and cannot make a causal link.

He called the findings “provocative in trying to understand in a general sense how cardiac dysfunction leads to dementia.”

“We all know heart failure leads to dementia, but now we see there may be a relationship with just dysfunction of the upper chambers,” he said.

But still not clear is what is mediating the connection, who is at risk, and how the increased risk can be prevented, he said.

He said he also wonders whether the results eliminated all patients with atrial fibrillation, a point the authors acknowledge as well.

Researchers list in the limitations that “asymptomatic AF or silent cerebral infarction may have been missed by the ARIC adjudication process.”

There is broad understanding that preventing heart disease is important for a wide array of reasons, Kavinsky noted, and one of the reasons is cognitive deterioration.

He said this study helps identify that “even dysfunction of the upper chambers of the heart contributes to the evolution of dementia.”

The study amplifies the need to shift to prevention with heart disease in general, and more specifically in atrial dysfunction, Kavinsky said, noting a lot of atrial dysfunction is mediated by underlying hypertension and coronary disease.

Researchers evaluated cognitive decline in all participants with a comprehensive array of neuropsychological tests and interviewed some of the patients.

Johansen reported funding from National Institute of Neurological Disorders and Stroke. Study coauthor disclosures are listed in the paper. Kavinsky has disclosed no relevant financial relationships.