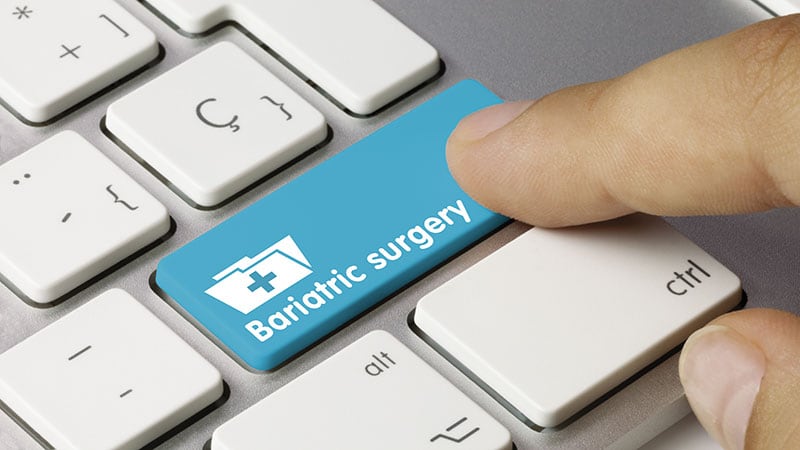 Bariatric surgery patients who undergo Roux-en-Y gastric bypass (RYGB) lose more weight and have greater improvements in diabetes measures compared with the alternative procedure of sleeve gastrectomy; however, adverse events are higher with RYGB, particularly in Hispanics and Blacks for some measures, a new multicenter study shows.

“Our study is one of the first to show differences for Hispanic patients at the population level, and among the first to compare health and safety outcomes for bariatric and metabolic operations across different racial and ethnic groups,” first author Karen J. Coleman, PhD, told Medscape Medical News.

“This, in addition to the long-term follow-up we conducted, makes our study and its findings a valuable addition to the evidence base,” said Coleman of Kaiser Permanente Southern California, in Pasadena.

The study was recently published in JAMA Surgery.

In an accompanying editorial, Luise I. Pernar, MD, and colleagues with the division of weight loss surgery, Boston Medical Center, Massachusetts, note that the study underscores that “metabolic and socioeconomic factors may impact long-term outcomes for different groups after surgery, but the differences in the safety profiles for racial majority and minority patients must be eliminated.”

Bariatric surgery has been shown in recent years to be the most effective intervention for severe obesity, with research suggesting RYGB produces greater weight loss and type 2 diabetes remission, but also higher complication rates, versus sleeve gastrectomy across all racial and ethnic groups.

However, research on specific outcomes among racial and ethnic groups is limited, with some showing lower success in weight loss with RYGB among Black patients.

To investigate outcomes of the surgeries across different racial and ethnic groups, Coleman and colleagues evaluated data on a total of 36,871 patients treated as part of 25 healthcare systems and described in the National Patient-Centered Clinical Research Network (PCORnet) Bariatric Study.

In terms of average weight loss after 5 years, the rates were approximately 6% to 8% higher for RYGB compared with sleeve gastrectomy across the racial groups (all P < .001), with no significant differences between groups.

Likewise, the differences in average change in A1c levels at 5 years were greater with RYGB versus sleeve gastrectomy across all groups (Blacks, P = .009; all others, P < .001).

The magnitude of the differences between racial groups was small (1% to 3% of total weight loss).

However, Hispanic patients had the highest risk of hospitalization with RYGB compared to sleeve gastrectomy at 5 years (hazard ratio [HR], 1.37), followed by Black patients (HR, 1.30; both P < .001), while the rate was lower for Whites and not statistically significant (HR, 1.05; P = .15).

Rates of postsurgical intervention were similar between Blacks, Hispanics, and Whites, with rates that were all significantly higher for RYGB versus sleeve gastrectomy (HR, 1.45, 1.48, and 1.34, respectively; P < .001).

No significant differences were observed between different ethnic groups and the type of operation in terms of diabetes remission and relapse outcomes, however.

“Of particular concern was that Hispanic patients who had RYGB also had higher risk of all-cause mortality and higher odds of a 30-day adverse event than those who had sleeve gastrectomy.”

Key reasons for the higher risks observed for Black and Hispanic patients include poor access to post-operative healthcare and/or poor coverage for the care, the authors speculate.

“In addition, these groups of patients often have limited access to healthy foods and physical activity, which are critical to weight loss maintenance and the resulting disease remission regardless of the way people lose weight,” they note.

Further factors could include limited availability of racial and language-concordant physicians available to patients, immigration status, and “structural racism and discrimination during clinical care encounters,” they add.

The study’s take-home message is that “patients should be provided with the knowledge base that currently exists, including our study, regarding how [these] two operations may affect them,” Coleman emphasized.

“There are many factors that might affect their decision to get surgery and which operation to get, including age, comorbidity status, peer and family social support for change, risk tolerance for both patient and surgeon, amount of weight loss, and their access to post-operative care in the short and long term.”

“Unfortunately, there is not a clear choice between RYGB and sleeve gastrectomy given all that we are learning about their effects and safety.”

In their editorial, Pernar and colleagues note the finding that patients in minority groups were more likely to undergo sleeve gastrectomy, despite studies showing patient preferences generally favor RYGB when shared decision-making is used, suggests a possible “underlying implicit bias” on the part of clinicians.

And with the benefits of the greater efficacy of RYGB still appearing to outweigh the risks, “it would be erroneous to argue in favor of sleeve gastrectomy for racial minority patients based on the less favorable safety profile of RYGB shown in this study,” they write.

“What the surgical community should strive for instead is to identify and eliminate the barriers to safe surgery for racial minority patients so they can benefit from the RYGB’s superior weight loss and improvement of obesity-associated medical conditions without the increased risk,” they assert.