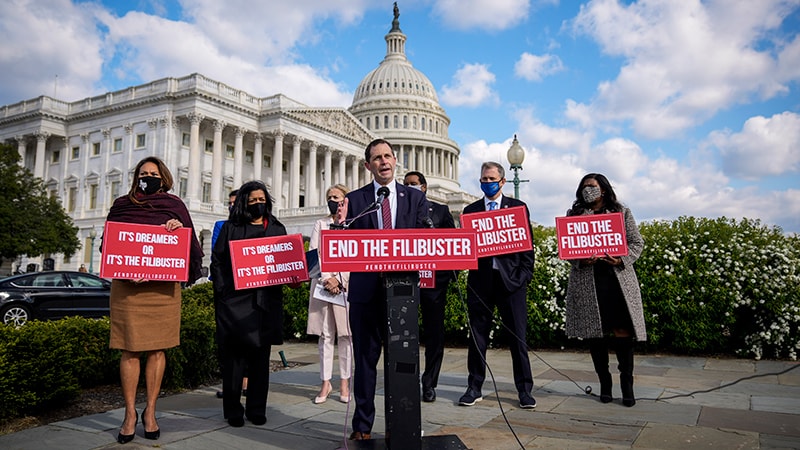 President Joe Biden has doubled down on his insistence that the protections provided by Roe v. Wade should be federal law.

He said in a news conference today that “we have to codify Roe v. Wade in the law,” calling the Supreme Court’s decision to overturn the 1973 decision “outrageous.” Biden made similar calls to enshrine the rights provided by Roe v. Wade into law in his speech last Friday.

He said he would support requiring “an exception” to the filibuster so that Congress could vote abortion rights protections into federal law. According to the United States Senate, the filibuster allows for prolonged debate to “delay or prevent” a vote on a measure. The filibuster can only end if 60% of all senators vote to end the debate.

According to CNN, Democratic Sens. Joe Manchin of West Virginia and Kyrsten Sinema of Arizona are opposed to changing the rules of the filibuster. Without the votes of Manchin and Sinema, filibuster rules are unlikely to change so Roe v. Wade can be codified into law.

Biden emphasized that the Supreme Court’s decision impacts not only “a woman’s right to choose,” but also “privacy generally.”

The president also said he will be meeting with governors on Friday and will have “more announcements” about the decision.