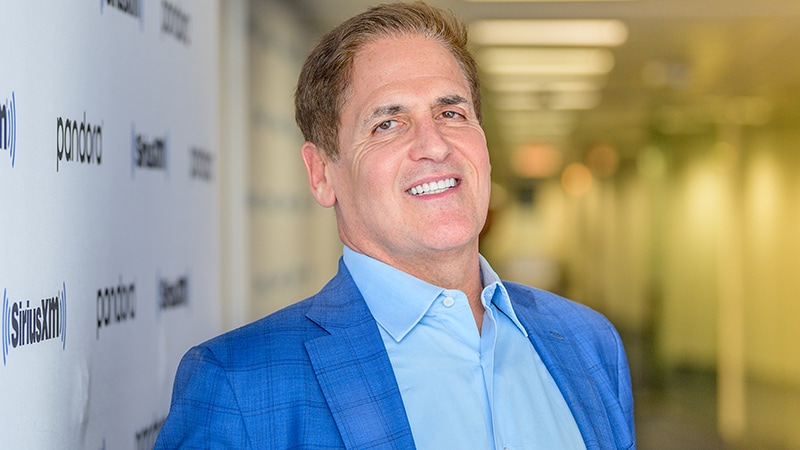 Jan. 28, 2022 — Mark Cuban, the owner of the Dallas Mavericks basketball team and star of TV’s Shark Tank, is backing a new online pharmacy that aims to reduce the prices people pay for 100 generic medications.

The Mark Cuban Cost Plus Drugs Company (MCCPDC) plans to offer the leukemia therapy imatinib for $47 per month, for example, compared to $120 or more with a common voucher and a retail price of $9,657 per month.

Other examples of lower-priced generics include the ulcerative colitis treatment mesalamine, which goes for $32.40 per month on the new online pharmacy, vs. $940 per month retail. In addition, the MCCPDC will offer the gout treatment colchicine at a lower price, charging $8.70, compared to $182 per month retail.

Likely in part due to claims of significant cost savings and in part due to Cuban’s celebrity status, the new venture is getting widespread media attention. Forbes, NPR, and TMZ have shared the news since the new digital pharmacy was announced earlier this month.

The new venture plans to charge consumers 15% above the manufacturing cost for the generic medications, plus a $3 fee for pharmacists and $5 for shipping. People will still require a prescription from their doctor to get the medications.

The top 100 generic products account for about half of generic sales, and there is enough competition for these high-demand medications that “the prices have come down close to zero,” says William Comanor, PhD, a health economist and professor of health policy and management at the UCLA Fielding School of Public Health.

The remaining generic agents have lower-volume demand, he says.

One prominent example is Daraprim, a decades-old treatment for the life-threatening parasitic infection toxoplasmosis. The drug jumped into the spotlight in 2015 when Martin Shkreli and his company Vyera Pharmaceuticals bought the rights to make the generic drug and raised the price overnight from $13.50 to $750. In January 2022, a U.S. judge banned Shkreli from the pharmaceutical industry and ordered him to pay an almost $65 million fine.

“Say Mark Cuban says he will cut the price from $750 to $300. He will still make money. There is a market for these low-volume products,” he says. “There would also be a social benefit.”

MCCPDC is “cutting out the middleman” in two ways. The business model calls for charging consumers out of pocket, so insurance companies are not involved. Also, the company created its own pharmacy business manager firm in October, allowing it to negotiate prices with drugmakers in-house.

The company also announced plans to complete construction of a 22,000-square-foot pharmaceutical factory in Dallas by the end of 2022.

Reactions on social media ranged from celebratory to people disappointed their generic medication would not cost significantly less or is not provided by the digital pharmacy.

On the plus side:

So far, Mark Cuban Cost Plus Drug Company has already beat the price on rosuvastatin calcium 10 mg tabs (generic Crestor), AND I had bypassed my own insurer’s pharmacy benefit to buy it for less elsewhere. His cost: $7.50 for a 90-day supply, which is half of what I was paying. pic.twitter.com/9mCOwcw3pM

Mark Cuban’s wholesale pharmacy would cost me more than the one I currently use and people on here are talking like he has solved our country’s healthcare crisis.

And of course, someone posted what might have happened if Cuban pitched this idea on Shark Tank:

Mark Cuban has launched an online pharmacy that offers over 100 generic drugs at an adorable price. Yet I’m still certain Barbara would find a reason not to invest in that company. pic.twitter.com/z86kePTVbf

When weighted by the number of prescriptions, prices for generics have declined in the U.S.

“So if someone asks if U.S. drug prices are the highest or lowest in the world. the answer is both,” he says.

“Maybe there is a role to play for this new pharmacy,” Comanor says when asked if the initiative seems like a positive development.

The state of California also announced plans to provide its own generic drugs, he says.

“But you won’t see a lot of entrepreneurs getting into this because the volumes are so low. If Cuban called me, I would tell him to provide Daraprim and similar, low-volume products,” Comanor says of the billionaire.

Damian McNamara is a staff journalist based in Miami. He covers a wide range of medical specialties, including infectious diseases, gastroenterology, and critical care. Follow Damian on Twitter:  @MedReporter.