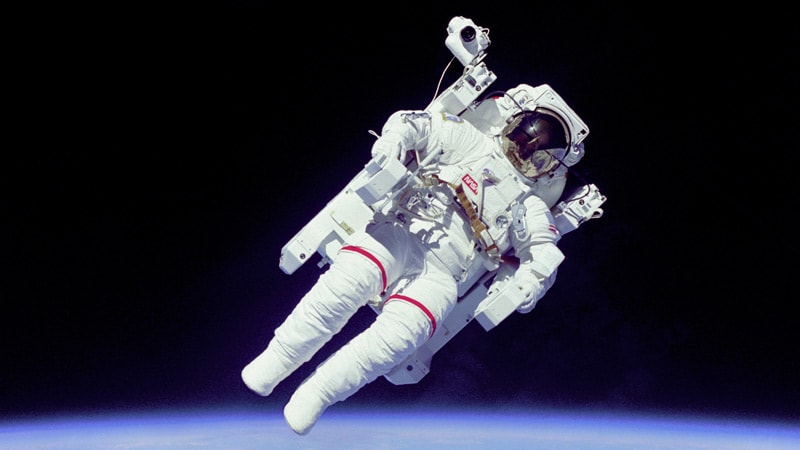 Prolonged spaceflight can damage bone structure permanently and age parts of the skeleton prematurely by as much as 10 years, according to a new report.

Adapted training programs and certain medications could better protect astronauts involved with future space missions, particularly ones that seek to travel longer distances and for longer periods of time than on the International Space Station (ISS).

“With future missions planned to the moon and Mars, we may soon be exceeding the typical 6-month missions on the ISS. We need to know whether a trip to Mars, which could be over 2 years, would lead to issues for astronauts when they return to Earth,” senior study author Steven Boyd, PhD, director of the McCaig Institute for Bone and Joint Health at the University of Calgary, Alberta, told Medscape Medical News.

“But the interest in bone recovery is not only about astronauts — these data also show what the potential might be for bone growth, which has implications for people with osteoporosis,” he added. “The amount of recovery, albeit not complete, by these astronauts is impressive, and it shows what may be possible to achieve if we could develop the ‘perfect’ therapy.”

The study was published June 30 in Scientific Reports.

In space, the decrease in mechanical load in microgravity can lead to substantial loss of bone mineral density and strength, as well as deterioration of trabecular microarchitecture. Bone recovery after returning to Earth’s gravity can take time, the study authors wrote, and many astronauts’ bones never recover completely.

Boyd and colleagues examined bone strength, density, and microarchitecture in 17 astronauts from the United States, Canada, Europe, and Japan, including 14 men and three women. The astronauts, with an average age of 47 years at launch, served on the ISS for 4 to 7 months. For 14 astronauts, it was their first long-duration flight of more than 3 months.

Using high-resolution peripheral quantitative computed tomography, the researchers took images of the tibia and radius before spaceflight, at return to Earth, and after 6-month and 1-year recovery periods.

The research team also assessed biomarkers of bone turnover to gauge whether some people may face greater risks for incomplete bone recovery, which could help determine the feasibility of missions beyond low-Earth orbit in the future.

At 1 year after spaceflight, the astronauts’ median tibia bone strength; total, cortical, and trabecular bone mineral density; and trabecular bone volume fraction and thickness remained between 0.9% and 2.1% lower, compared with the preflight measurements.

Similar disparities were noted for total, trabecular, and cortical bone mineral density. The astronauts with incomplete recovery had higher biomarkers of bone turnover as well.

Overall, nine of the 17 astronauts didn’t fully recover tibia total bone mineral density after 12 months. The incomplete recovery of the weight-bearing tibia was comparable to a decade or more of age-related bone loss on Earth.

“This has led us to want to understand if even longer duration flights (1 or more years) lead to even further bone degradation or if it’s possible that the human skeleton finds a new homeostasis,” Boyd said. “If it does, then that spells good news for long-term flights (to Mars), but if it doesn’t, then there is a cause for concern and a need to develop better countermeasures for astronauts.”

NASA has organized a new study called Complement of Integrated Protocols for Human Exploration Research (CIPHER) to explore several areas of human health up to a year in space. Boyd hopes that the research will indicate whether the body stabilizes during that time and whether the bones continue to be negatively affected by microgravity.

“A major challenge of space research is that it takes a long time to get enough astronauts measured, since we typically don’t fly too many per year,” Boyd said. “That will change as commercial flights become more common.”

Researchers are also interested in measurements at different bone locations. In this study, Boyd and colleagues studied weight-bearing legs and nonweight-bearing arms. The findings showed that the wrist was less affected than the ankle, which could indicate that the effects of microgravity are larger on bones that typically bear weight on Earth.

“This study is the first that confirms concerns we have regarding space travel, especially for longer durations, as it relates to bone health,” Angela Cheung, MD, PhD, a senior scientist at the Toronto General Hospital Research Institute and Schroeder Arthritis Institute, Ontario, told Medscape Medical News.

Cheung, who wasn’t involved with this study, served on the NASA task force that determined the skeletal health cutoffs for astronauts engaging in spaceflight.

“This study has implications for people on Earth as well. As we become more sedentary, doing virtual meetings in front of a computer, the effect of ‘less weight bearing’ will affect our bone health,” she said. “Microgravity (in space) is just the extreme. This can happen to healthy (and very fit) men and women, so it can happen to anyone.”

The study was supported by the Canadian Space Agency and German Aerospace Centre. The biomarker data were shared from the Biochemistry Profile project, which was funded by the NASA Human Research Program’s Human Health Countermeasures Element. The funders had no role in the data collection, analysis, interpretation, or writing of the report, and the authors have disclosed no relevant financial relationships. Cheung has disclosed no relevant financial relationships.

Carolyn Crist is a health and medical journalist who reports on the latest studies for Medscape, MDedge, and WebMD.