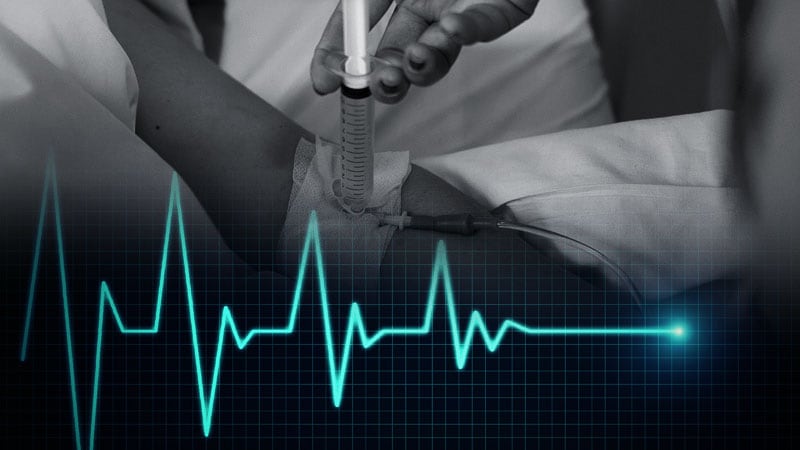 Performing euthanasia for “mental suffering that cannot be alleviated” is still considered an extraordinary measure. Indeed, fewer than 2% of the requests for euthanasia fall within that category, and few such requests are made by young patients.

There is no doubt that people will talk about the case of Shanti De Corte not only because of the reason stated in her euthanasia request but also because someone so young was able to meet the strict conditions required for the law to be applicable. It’s something that Belgian broadcaster RTBF brought up during a recent episode of #Investigation, which reported on the aftermath of the 2016 Brussels attacks.

On May 7, surrounded by her family, Shanti was euthanized. She was 23 years old. Six years earlier, on March 22, 2016, Shanti had been at Brussels Airport when terrorists set off bombs. She was in the departures area with 90 other students from Sint-Rita Campus College, located in the northern town of Kontich. Shanti was only a few meters away from the blast. Although she was not physically injured, the Flemish teen was traumatized by the attack. This was confirmed by the school psychologist who treated the students. “There were some students who reacted worse than others to these traumatic events. And having had two discussions with Shanti, I can tell you that she was one of these students who were more sensitive to the effects. To me, it’s quite clear. Even before the attacks, she’d experienced serious psychological issues. Therefore, I referred her for psychiatric care.”

A few weeks after that March day, Shanti was admitted to a psychiatric hospital in Antwerp. It was a place she knew well, having been an inpatient there several times before the attacks. Shanti was treated with antidepressants. She shared her thoughts about them on numerous occasions. “I get several drugs at breakfast and up to 11 antidepressants a day. I couldn’t do without them. With all the drugs I take, I feel like a ghost who doesn’t feel anything anymore. Perhaps there were solutions other than the drugs.”

It was a brief respite. In 2020, Shanti attempted suicide. Her spirits were at their lowest. She was heavily medicated, and her medication had been increased over time. She turned down therapeutic help that was offered by a therapist who specializes in treating the victims of the Brussels attacks. The student got in touch with the Life End Information Forum, an association that supports the right to die with dignity. In April 2022, Shanti submitted a new euthanasia request, stating that she was in a medically futile condition of mental suffering. Two psychiatrists granted their approval.

Last March, the Federal Commission for the Control and Evaluation of Euthanasia reported on data from 2021. “There continues to be a very small number of euthanasia requests that cite mental and behavioral disorders (psychiatric conditions, such as personality disorders, and cognitive issues, like Alzheimer’s disease, are included in this group): 1.9% of all cases of euthanasia. Like all euthanasia files, these requests meet the legal conditions (the patient is legally competent, the request is in writing, the condition is medically futile, and the suffering — which is constant, unbearable, and cannot be alleviated — results from a serious and incurable disorder; the request is well-considered and repeated),” the report states.

This article was translated from MediQuality.