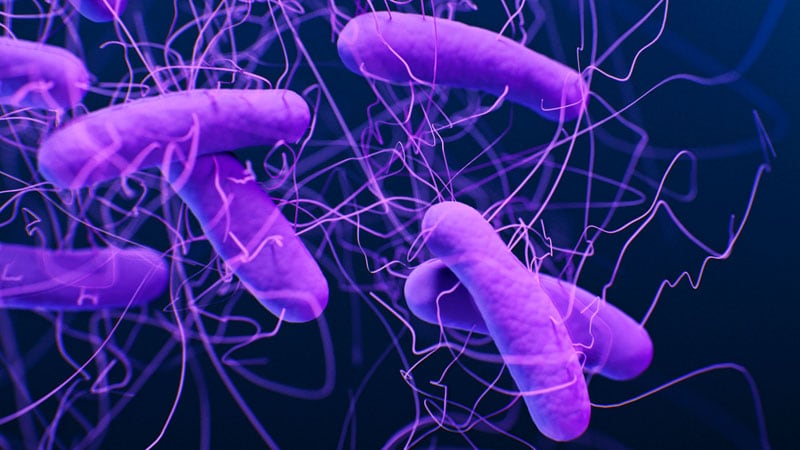 C difficile colonization persisted for 3 weeks after FMT in about one quarter of patients, but it’s not clear whether this is a persistent infection, a newly acquired infection, or partial persistence of a mixed infection, said Elisabeth Terveer, MD, a medical microbiologist at Leiden University Medical Center, Leiden, the Netherlands. Additionally, “82% of patients with detectable C diff do not relapse, so it’s absolutely not necessary for a cure,” she said.

Several mechanisms explain why FMT is a highly effective therapy for recurrent C difficile infections, including restoration of bacterial metabolism in the gut, immune modulation, and direct competition between bacteria, Terveer said, but it’s less clear whether eradication of C difficile spores is among these mechanisms.

Table. Analysis of fecal samples from patients who took vancomycin for at least 4 days before undergoing FMT

It’s unclear why 19% of patients had a positive culture after their antibiotic pretreatment prior to FMT, Terveer said, but it may be because the pretreatment was such a short duration.

“I think the advice should be: give a full anti-C diff antibiotic course to treat the C diff infection, and then give FMT afterwards to restore the microbiota and prevent further relapses,” Terveer told attendees. Dimitri Drekonja, MD, chief of the Minneapolis VA Infectious Disease Section, Minneapolis, Minnesota, said the findings were not necessarily surprising, but it would have been interesting for the researchers to have conducted DNA sequencing of the patients’ fecal samples post-FMT to see what the biological diversity looked like.

“One school of thought has been that you have to repopulate the normal diverse microbiota of the colon” with FMT, and the other “is that you need to get rid of the C diff that’s there,” Drekonja, who was not involved in the study, told Medscape Medical News. “I think more people think it’s the diverse microbiota because if it’s just getting rid of C diff, we can get do that with antibiotics — but that gets rid of the other organisms.”

As long as you have a diverse microbiota post-FMT, Drekonja said, then “having a few residual organisms, even if they get magnified in the culture process, is probably not that big a deal.”

But there’s a third school of thought that Drekonja said he himself falls into: “I don’t really care how it works, just that in in well-done trials, it does work.” As long as large, robust, well-blinded trials show that FMT works, “I’m open to all sorts of ideas of what the mechanism is,” he said. “The main thing is that it does or doesn’t work.”

These findings basically reinforce current guidance not to test patients’ stools if they are asymptomatic, Drekonja said. In the past, clinicians sometimes tested patients’ stool after therapy to ensure the C difficile was eradicated, regardless of whether the patient had symptoms of infection, he said.

“We’ve since become much more attuned that there are lots of people who have detectable C diff in their stool without any symptoms,” whether detectable by culture or PCR, Drekonja said. “Generally, if you’re doing well and you’re not having diarrhea, don’t test, and if someone does test and finds it, pretend you didn’t see the the test,” he advised. “This is a big part of diagnostic stewardship, which is: you don’t go testing people who are doing well.”

The Netherlands Donor Feces Bank used in the research is funded by a grant from Vedanta Biosciences. Drekonja had no disclosures.

Tara Haelle is an independent science/health journalist based in Dallas.