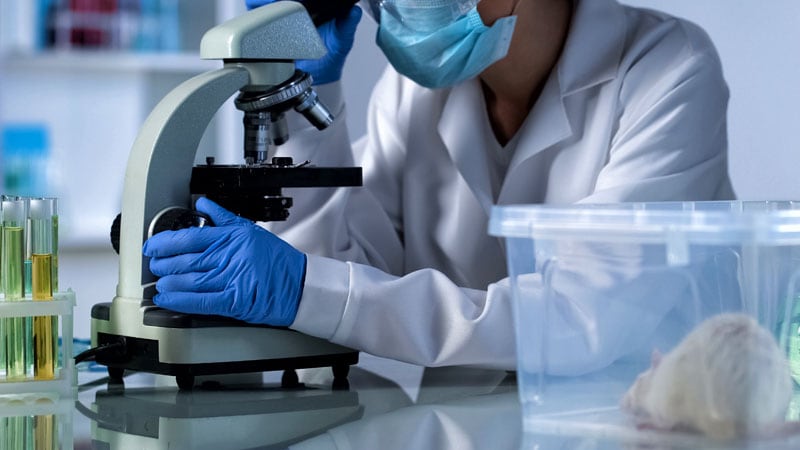 A former associate professor at Purdue University faked data in two published papers and hundreds of images in 16 grant applications, according to a U.S. government research watchdog.

Alice C. Chang, whose publications and grants listed her name as Chun-Ju Chang, received nearly $700,000 in funding from the National Institutes of Health (NIH) through grant applications that the U.S. Office of Research Integrity (ORI) said contained fake data. She will be banned from receiving federal grants for a decade – a more severe sanction than ORI has typically imposed in recent years.

In its findings, ORI said Chang, who was an associate professor of basic medical sciences at Purdue’s College of Veterinary Medicine:

knowingly, intentionally, or recklessly falsified and/or fabricated data from the same mouse models or cell lines by reusing the data, with or without manipulation, to represent unrelated experiments from different mouse models or cell lines with different treatments in three hundred eighty-four (384) figure panels in sixteen (16) grant applications.

Two of the grant applications were funded. Chang received $688,196 from the National Cancer Institute, a division of the (NIH), from 2018-2019 for “Targeting metformin-directed stem cell fate in triple negative breast cancer.” The other grant ORI says was submitted in 2014 and funded, “Targeting cell polarity machinery to exhaust breast cancer stem cell pool,” does not show up in NIH RePorter. The rest of the grants were not approved.

We found a Chun-Ju Chang who is dean of the College of Life Sciences at China Medical University in Taiwan and has published papers with a group that Chun-Ju Chang at Purdue also published with. She did not immediately respond to our request for comment.

ORI’s finding also stated Chang faked data in two papers supported by government funding by reusing figures reporting gene expression in mice and cells after drug treatments, relabeling them to say they showed the results of different experiments. According to the agency, she has agreed to request corrections for the papers:

As well as correcting the two papers, Chang agreed to a 10-year ban from all federal contracting, including grant funding. She also agreed not to serve in any advisory or consulting role with the U.S. Public Health Service, which includes the NIH, for that time period.

DISCLOSURE: Adam Marcus, a cofounder of Retraction Watch, is an editor at Medscape.