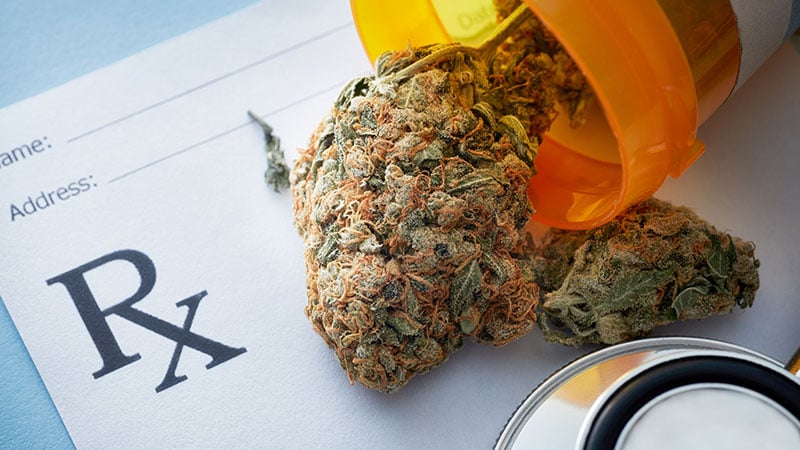 Patients who received a first prescription for medicinal cannabis for chronic pain were more likely to have new onset of arrhythmia — bradyarrhythmia, tachyarrhythmia, or a conduction disorder — within 6 months than were similar nonusers, in a new case-control study.

There were no between-group differences in the incidence of heart failure or acute coronary syndrome.

The researchers identified 5071 patients in a national Danish registry who had filled at least one prescription for medicinal cannabis for chronic pain and matched each patient with five patients of the same sex, age range, and type of chronic pain who did not receive this therapy.

The relative risk for arrhythmia was 83% higher in those who used medicinal cannabis than it was in the other patients, study author Nina Nouhravesh, MD, told theheart.org | Medscape Cardiology in an email.

“Since medical cannabis is a relatively new drug for a large market of patients with chronic pain, it is important to investigate and report serious side effects,” said Nouhravesh, from Gentofte University Hospital, Denmark.

The study results, she said, suggest that “there may be a previously unreported risk of arrhythmias following medical cannabis use.”

“Even though the absolute risk difference is small, both patients and physicians should have as much information as possible when weighing up the pros and cons of any treatment, ” Nouhravesh said, adding that “the findings of this study raise concerns for both legal and illegal [cannabis] use worldwide.”

The results will be presented August 27 at the annual European Society of Cardiology (ESC) Congress 2022.

Too Soon to Tell?

However, Brian Olshansky, MD, who was not involved with this research, cautions that it is important to consider several study limitations before drawing clinical implications.

“Other data and reports have considered the possibility of arrhythmias in relationship to marijuana use, and the data go in both directions,” Olshansky, a clinical cardiac electrophysiologist and professor emeritus at University of Iowa Hospitals, Iowa City, pointed out in an email to theheart.org | Medscape Cardiology.

“Importantly, arrhythmias, by themselves, are not necessarily consequential,” he stressed. “In any case,” he added, the risks in the current study are “extraordinarily small.”

There may be a specific “high risk” group who can develop potentially serious arrhythmias, Olshansky suggested.

“There is no evidence that any of these patients underwent or required any treatment for their arrhythmia or that stopping or starting the cannabinoids affected the arrhythmia one way or the other,” he said. “In addition, there is no dose/arrhythmia relationship.”

In summary, according to Olshansky, “these data pose no obvious health concern and provide no vital knowledge for physicians prescribing cannabis.”

“My concern is that the information will be overblown,” he cautioned. “If the cannabinoid actually has benefit in terms of pain reduction, its use may be mitigated based on the fear of an arrhythmia that may occur — but the risk of an arrhythmia, in any event, is very small and undefined in terms of its seriousness.”

For this analysis, the researchers identified 1.8 million patients in Denmark who were diagnosed with chronic pain between 2018 and 2021.

Of those, around 5000 patients had claimed at least one prescription of medicinal cannabis (dronabinol 29%, cannabinoids 46%, or cannabidiol 25%).

The patients had a median age of 60 years and 63% were women.

The cannabis users had been prescribed this therapy for musculoskeletal (35%), cancer (18%), neurological (14%), or other (33%) pain, Nouhravesh said.

The researchers and Olshansky have no relevant financial disclosures.

European Society of Cardiology (ESC) Congress 2022. The abstract will be presented on Saturday, August 27.